Americans are divided over whether they'd have found George Zimmerman guilty of a crime in the shooting of Trayvon Martin, according to a newHuffPost/YouGov poll. But the survey reveals a stark divide between black and white Americans over the outcome of the case. 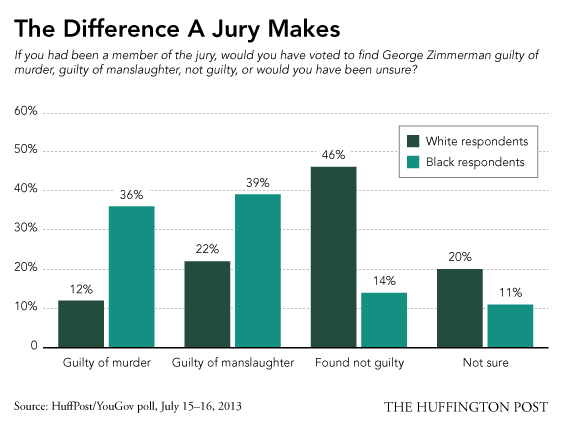 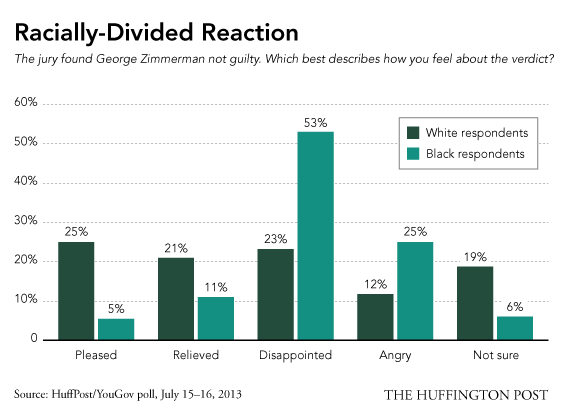 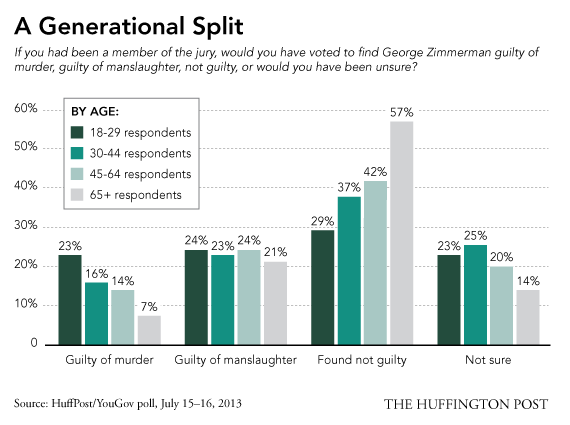