This Georgia group has a message for immigrants: Check out our neighbor!

A billboard in Georgia’s Cherokee County encourages undocumented immigrants to move to South Carolina, home of a prominent politician who backs immigration reform with a path to citizenship, CBS Atlanta reports.

To back the statement up, the sign includes a hyperlink scrawled across the bottom to an article on Easley Patch quoting Graham saying he backs immigration reform because he’s “trying to save our nation from, I think, a shortage of labor and a catastrophic broken system.”

The sign directs people to call Graham’s office for job tips and urges people to "Help us stop the RubiObamaAmnesty," a reference to Sen. Marco Rubio (R-Fl.) and President Barack Obama.

The Dustin Inman Society describes itself on its website as “a non-partisan coalition of all ethnicities and from all walks of life who recognize that illegal immigration and homeland security are the most critical issues in America today.”

The organization is headed by D.A. King, an ardent conservative to judge from columns like this one.

Graham, a Republican, is one of the senators known as the Gang of 8 that crafted an ambitious bipartisan immigration reform proposal. The senators submitted the 844-page first draft of the bill early Wednesday morning.

The proposal would create a path to citizenship for the undocumented and raise the number of visas extended to foreigners, while pouring billions into increased border security. 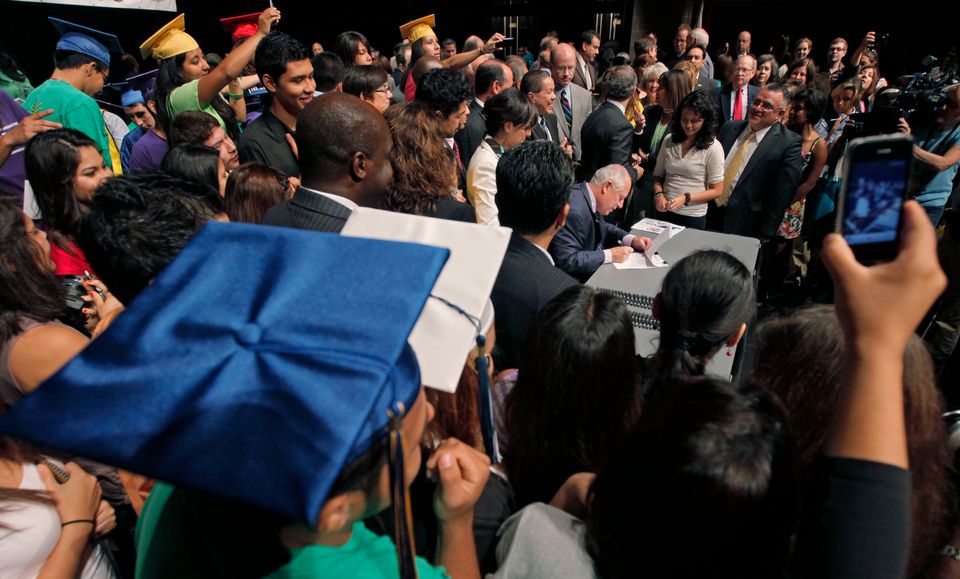