Chastity Butler, a diabetic 9-year-old girl from Dallas, Tex., was found dead in 2008, a bag of candy and a partially eaten cupcake lying next to her.

The day before, police say she had experienced stomach pain, diarrhea, and vomiting. Though her glucose levels were "dangerously high," her mother, Georgia Jones, didn't take her to a doctor, according to the Dallas Morning News.

Jones was arrested in February 2009 and charged with causing injury to a child.They alleged that Jones' child neglect contributed to her daughter's death from diabetic complications.

On Monday, almost five years later, Jones was sentenced to 16 years in prison after pleading guilty, the Morning News reported. 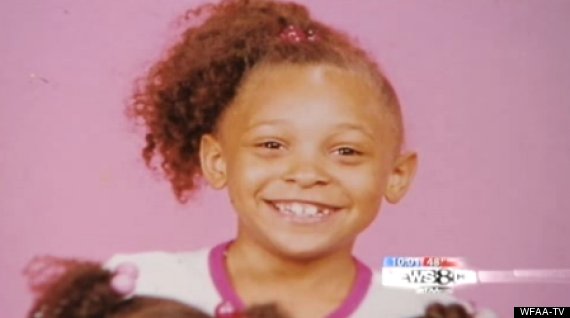 Pictured: Chastity Butler, who passed away in 2008 from diabetic complications.

Police spent months reviewing the third-grader's medical records after her death. They discovered that Jones had skipped diabetes training in 2005, after her daughter's diagnosis.

Investigators also learned that Child Protective Services had been receiving reports of neglect since 2001, prompting multiple investigations into Jones' family, according to the Morning News. In fact, just four days before the girl's death, CPS had inspected the home after hearing that Jones was not properly monitoring Butler's diabetes. The child was reportedly "upbeat," though, and left in her mother's care.

Following Butler's death and her mother's arrest, their father, Marqus Butler, told WFAA-TV that Jones was "a good mother" and "a very caring person." At the time, he and Jones were permanently separated.

Pamela Jones, the girl's grandmother and Jones' mother, told the station that the third-grader was "a weak little girl" who "didn't come out and play because she was so weak."

Jones and Marqus Butler have four other children, ages 2 to 8. After their mother's sentencing, the children were put in the custody of Marqus's mother'.