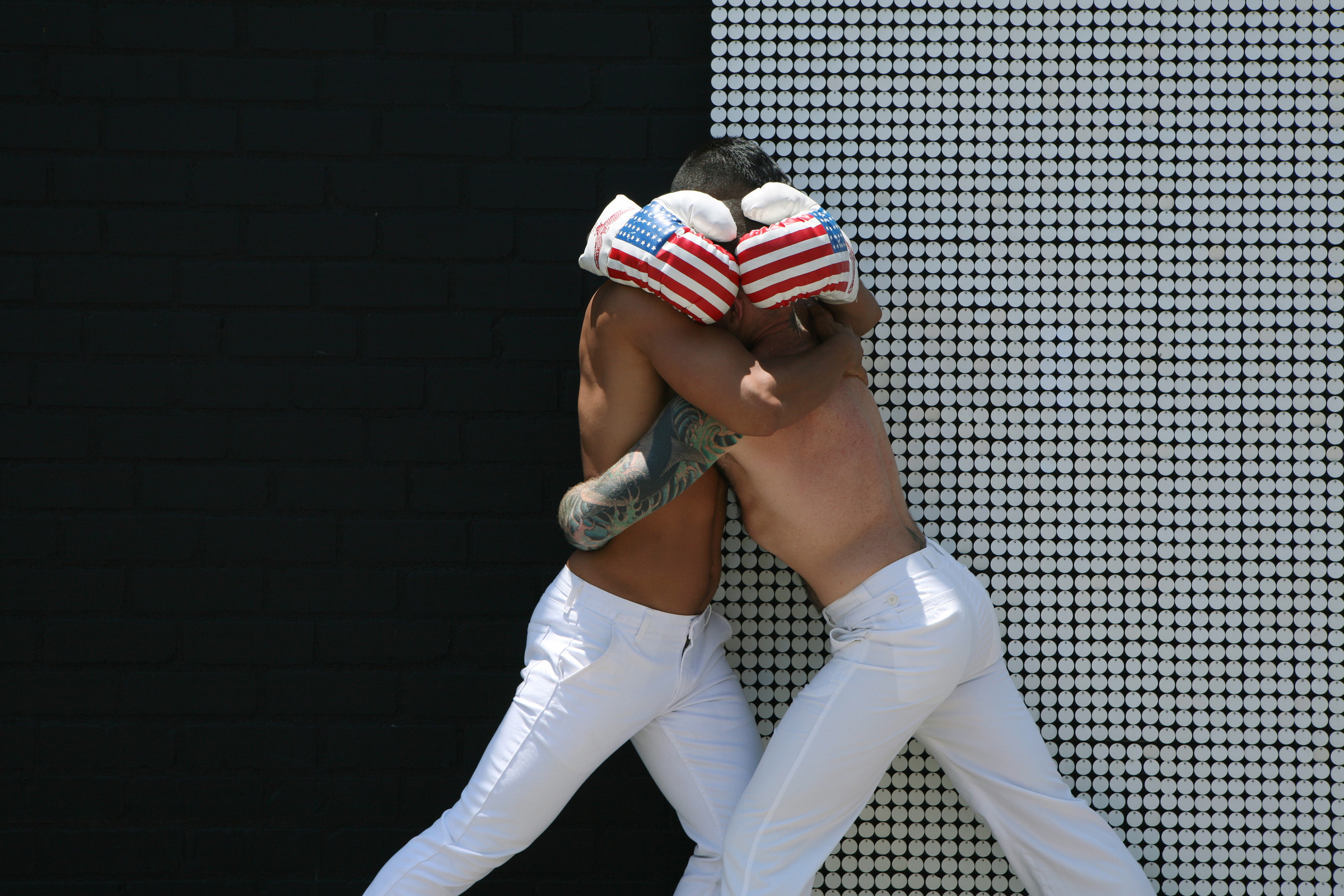 State Rep. Earl Ehrhart (R-Powder Springs) said that "a fully-loaded porta-potty would be better artistic expression" than the exhibit at Kennesaw State University's Zuckerman Museum of Art, according to the Marietta Daily Journal. 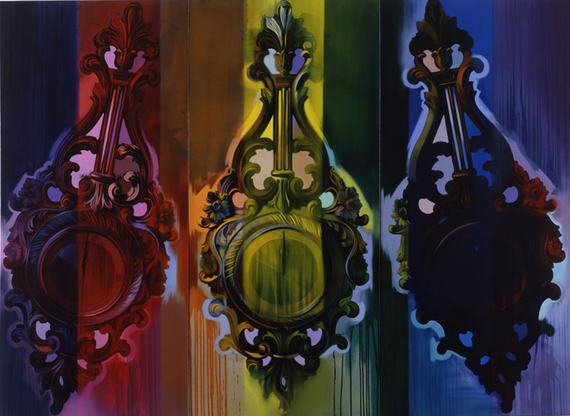 Brett Reichman, And the Spell Was Broken Some­where Over the Rainbow, 1992. Oil on canvas. Portland Art Museum, Port­land, Oregon. Photo: Courtesy of the artist.

Ehrhart, who heads the state committee that funds colleges and universities, boasted that he will penalize the university for showing the art works, the Marietta Daily Journal reported.

"I'm going to make it real clear, let's just put it that way. I had a lot of success in getting Tech's attention in spending taxpayer money on ridiculous things," said Ehrhart, referring to his criticism of how the Georgia Institute of Technology handles accusations of sexual assault. Ehrhart said when Georgia Tech ignored his requests, he eliminated the university's request for a $47 million building.

One of the works offending him was Robert Sherer's "Sweet Williams," a delicate painting of flowers being cut in their prime. A Kennesaw State professor, Sherer made the elegiac work with HIV- and HIV+ blood in memory of all the Bills, Wills, and Williams he had known who died of the disease. The medium of tainted blood elevates the painting from a symbolic illustration to a dynamic statement about death. 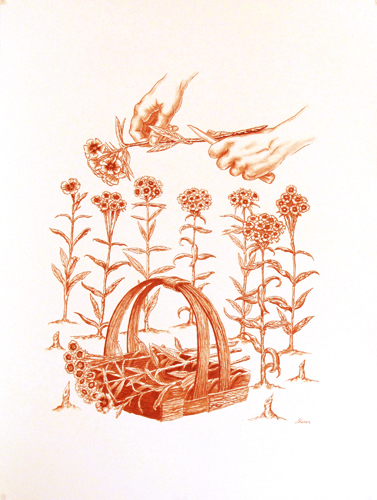 Ehrhart told the MDJ that painting with HIV+ blood should be illegal. "I mean, you could infect somebody and kill them with that. Why don't we just paint with the Ebola virus?" he said.

The means of transmission of the HIV virus has long been determined, and the virus jumping from behind glass to infect a person is not one of those means.

Ehrhart apparently has not caught up with what most of the world knows, but he is a powerful politician who could wreak havoc at KSU. As a Georgian, I am outraged by his statements, particularly his threats to harm an academic institution that serves the community.

The legislator did not see the exhibition but relied on a handful of photographs of the most provocative images. Such images are carefully limited to a specific gallery in the museum with cautionary signs about mature content. Labels explain each of the works on view. The exhibition's mission is to underscore the important role that artists played in documenting the history of the disease.

Timing is everything, as they say. Ehrhart is up for re-election in Georgia's May 24 primary election, running unopposed. He did not respond to a request for an interview.

Two other legislators chimed in with Ehrhart's diatribe. "Typically, communities send their garbage to the dump and dispose of their body waste at the local sewage treatment plant," State Sen. Lindsey Tippins (R-Marietta), chairman of the Senate Education and Youth Committee, told the Marietta Daily Journal. "KSU has chosen to celebrate and elevate it to an 'art' exhibit. Trash is trash."

State Rep. Ed Setzler (R-Acworth) told the conservative newspaper that the exhibit "sadly trivializes the very serious issue of AIDS, which is something that we as a nation are committed to dealing with in a serious way."

Is Setzler saying that art is not a serious way to address social issues?

Far from trivializing, artworks such as Robert Blanchon's diptych "Stains #1 and #2" make AIDS real. Depicting soiled men's briefs, the photographs are indeed repellent, but they show the human response to the virus and its treatment, inviting compassion for the human body out of control.

"The urinary stains from the medicine and the bowel incontinence from all the gastrointestinal problems really show our human frailty," said Rock Hushka, chief curator at the Tacoma Art Museum and co-curator of the exhibit. "I like how the images recall the Calvin Klein ads from the 1980s. The artist has a minimalist conceptual approach with the use of white and the repetition of elements."

Husksa and co-curator Jonathan David Katz drew together more than 125 works to thoughtfully capture the history of AIDS in America and the responses of artists to the epidemic. The AIDS rate in Atlanta is one of the highest in the country -- "Downtown Atlanta is as bad as Zimbabwe or Harare or Durban," said Dr. Carlos del Rio, co-director of Emory University's Center for AIDS Research, as reported by WSB-TV. The leadership at Kennesaw State University saw fit to host “Art AIDS America” to raise awareness and invite the community to consider how art gives voice to this devastating disease. For a person in power to threaten to restrict funds to the university because of six images drawn from 125 is at least misguided and possibly malicious. 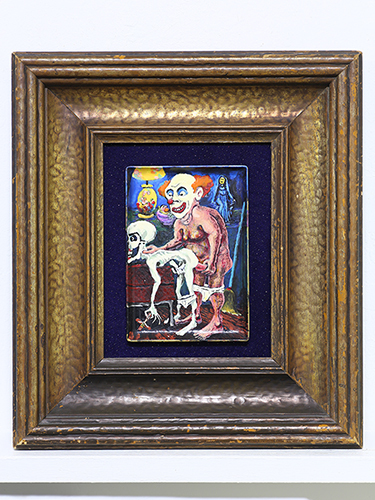