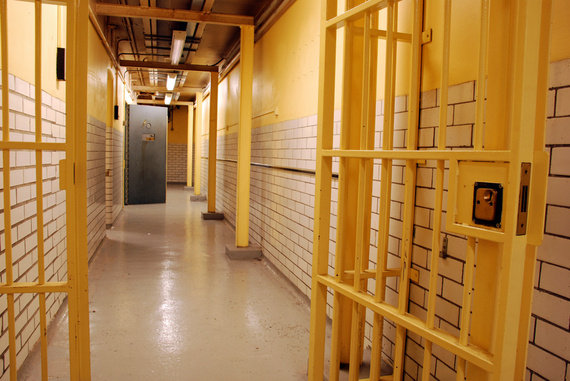 In the last five years, Georgia has been successful in making badly needed, sweeping changes to its criminal justice system under the direction of Republican Governor Nathan Deal.

The state has come a long way from where stood in 2009, when a Pew Research Center study indicated that one in 13 citizens were involved in the prison system in some capacity -- whether incarcerated or on probation. That was the highest per-capita prison system in the country -- well above the nation's already-high rate of one in 31 adults. Recidivism rates were 30 percent for adults, and 65 percent for juveniles. As well, 70 percent of the state's prisoners lacked a high school diploma. State officials were determined to change these statistics, and Georgia is now a model of successful criminal justice reform.

Reform initiatives have been wide reaching, collaborative, and achieved through the support of many interagency programs. They cover juvenile offenses, address issues with the "school-to-prison pipeline," and include programs for the currently incarcerated, and involved the implementation of much-needed re-entry programs.

For juveniles, the reforms focus on reducing sentencing rates, diverting charges for offenses such as truancy and breaking curfew, seeking instead to address root issues of such behaviors instead of locking up teens. Juveniles now have increased access to community programs and educational opportunities. The Second Chance Court offers alternative sentencing for minor offenses, helping reduce the chances that things like minor drug charges do not eventually result in a lifetime prison sentence. Counties using these programs saw a 62 percent reduction in juveniles being sent to detention --much greater than the 15 percent target when the programs were first enacted. And to raise levels of education, charter schools have been established inside correctional facilities.

Outside prison walls, programs have been set up aimed at increasing released prisoners' chances at successful reintegration into society. For example, the Max Out Re Entry Program (MORE) helps eligible offenders find jobs, obtain driver's licences, and participate in programs to address personal and behavioral issues.

The Re-Entry Partnership Housing Program supplies housing to ex-offenders. This is particularly needed in Georgia, where offenders cannot be released unless they have a documented address to go to. Securing housing can be tough in the face of barriers including credit checks, the need for references, the overall lack of access to public housing, and landlords requiring criminal records checks. This housing gives the formerly incarcerated a supervised place where they can begin reintegration.

And to give ex-offenders a fairer chance at obtaining employment, Georgia has banned the criminal history check box on state agency job applications.

These reforms have helped successfully reduce the state's prison population by more than 10 percent, and have demonstrated cost savings. In Georgia it costs $18,000 per year to house an adult prisoner, and $90,000 per year to house a juvenile in a detention centre. But rehabilitation programs are much more cost effective. Second Chance Court programs for youth cost less than $8000 per year per youth. The reduction in sentencing and recidivism has also translated into savings on infrastructure -- two juvenile detention centres have now been closed, and new prison construction has been halted.

Georgia's prison reforms have their origins in Governor Deal's personal experiences and knowledge. He spent time as a juvenile judge, and realized his only two choices -- sending youth back to the bad situations they were in; or prosecuting and sending them to detention centres -- both resulted in bad outcomes that didn't solve any of the core issues leading to crime. After becoming governor, he convened a panel or prosecutors, attorneys, judges, law enforcement officers, and legislature members to form the Council on Criminal Justice Reform. Many of the reforms that have been enacted passed uniformly or almost uniformly, demonstrating this is not a partisan issue.

Reforms like those made in Georgia are crucial because they are being enacted at the state level. While there has been national attention on criminal justice reform, and President Obama has enacted many changes, those changes only affect those in federal facilities-- fewer than 10 percent of the national prison population. Changes must occur at state levels in each state. These reforms create safer and more productive communities, break generational cycles of crime, and give offenders -- particularly youth -- second chances to turn their lives around by addressing root problems that lead to crime, such as addictions and mental health issues.