Sex, drugs and innuendo. That's what the first promotional video for Abel Ferrara's film loosely based on the Dominique Strauss-Kahn affair is filled with.

Gerard Depardieu plays DSK in the trailer for "Welcome to New York," which follows the incidents leading up to the 2011 scandal that marred the former International Monetary Fund chief's career and political aspirations. (The film trailer has since been taken down at the request of producers.)

Set to a bassy beat, the clip opens to a dimly lit hotel hallway. As the camera draws closer to the closed hotel door, screams of "No!" are heard from inside.

The trailer continues in this fashion, following Strauss-Kahn (Depardieu) as he arrives in New York and flashing scenes of cigar smoke, champagne and naked women.

Announcing his plans to join the film in March 2012, Depardieu said he took the role because he does not like Strauss-Kahn. During an interview at the time, Depardieu called the former IMF chief "unpleasant" and "arrogant."

While Ferrara's film does depict some of the same events that made headlines when Strauss-Kahn was accused of sexually assaulting a maid at the Sofitel in 2011, "Welcome to New York" is still very much a work of fiction.

"[Ferrara] couldn’t care less about Dominique Strauss-Khan or French politics," Vincent Maraval, the co-founder of the Wild Bunch, which is distributing the film, told Screen Daily. "What he’s interested in is what it means to be publically disgraced for an addiction, in this case a sexual one, and what the implications are for a couple who have been living in denial. When the issue is out in the open does it bring them together or tear them apart?."

No specific release date has been set; however, Maraval said a short preview of the film will be shown during this year's Cannes Film Festival. 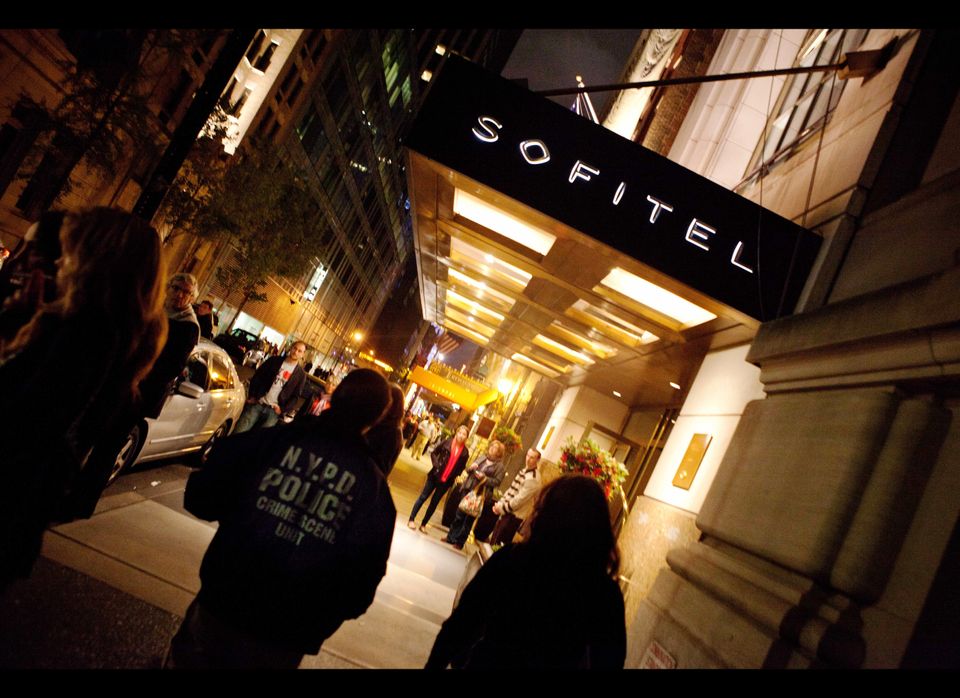 1 / 9
May 13
Strauss-Kahn checks into the Sofitel Hotel near Times Square in New York City.
AP