Alexander Kettler was playing in his grandmother's home in Diepholz, Germany, last week when he stumbled across something unusual: a sarcophagus.

Alongside dust-covered boxes and clutter, the 10-year-old found a mummy in his grandmother's attic, according to local reports. His family reportedly had never before come across the curious items.

"There was a huge sarcophagus and inside a mummy," Kettler's father Lutz Wolfgang told Spiegel Online. "Then we opened the other cases and found an earthenware Egyptian death mask and a Canopic Jar." 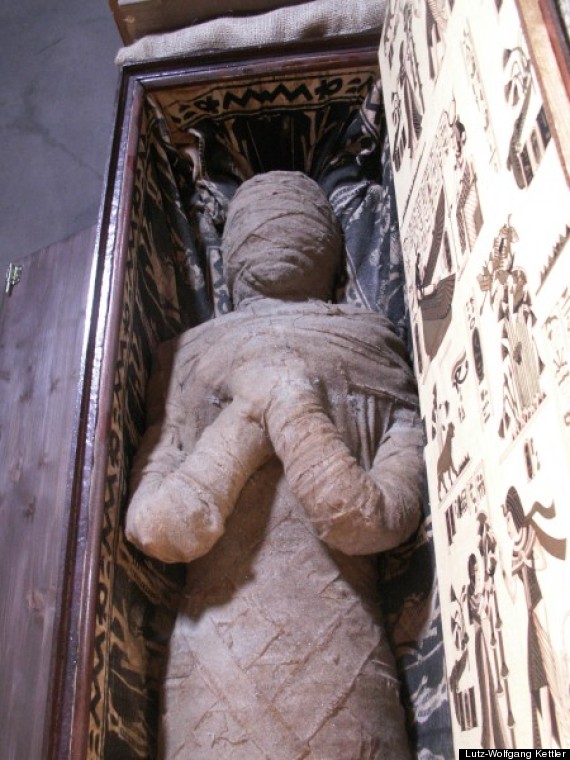 The elder Kettler suspects the ancient artifacts may have belonged to his late father, who traveled through North Africa during the 1950s. As the BBC notes, Kettler believes the sarcophagus and artifacts are replicas, but he said he thinks the mummy may be the real deal.

Testing will be required to confirm if the wrapped figure within the sarcophagus is an actual mummy. Kettler told the Bild newspaper that he plans to transport the mummy to Berlin for examination.

If the mummy is proven to be an authentic Egyptian antiquity, authorities in Egypt will seek to bring the relic back to the country.

"Diplomacy is a successful way to resolve these sorts of issues, and it is not costly," Abdel Maqsoud, deputy director of the Antiquities Sector at Egypt’s Ministry of Antiquities, told Egypt Independent. "We should first check if the piece left the country legally and find out if it is registered at any museum."