When Americans think of German recreational activities, they probably think about beer gardens, outdoor techno clubs, and to a lesser extent, badminton.

Nothing wrong with those. But the burning question remains: Is there anything in Germany (or anywhere, really) as fun as a good, old-fashioned pug race?

From Berlin to Hannover to Esslingen, German pugs hit the grass this summer. Sometimes the races were arranged as part of international Pug Meetups and other informal meetings, but others were just races.

Pugs, which don't have the reputation of being the most athletic of dogs, make for inherently funny competitors. And by the looks of these contestants -- some of which are merely standing in the middle of the track -- the pressure isn't exactly on. 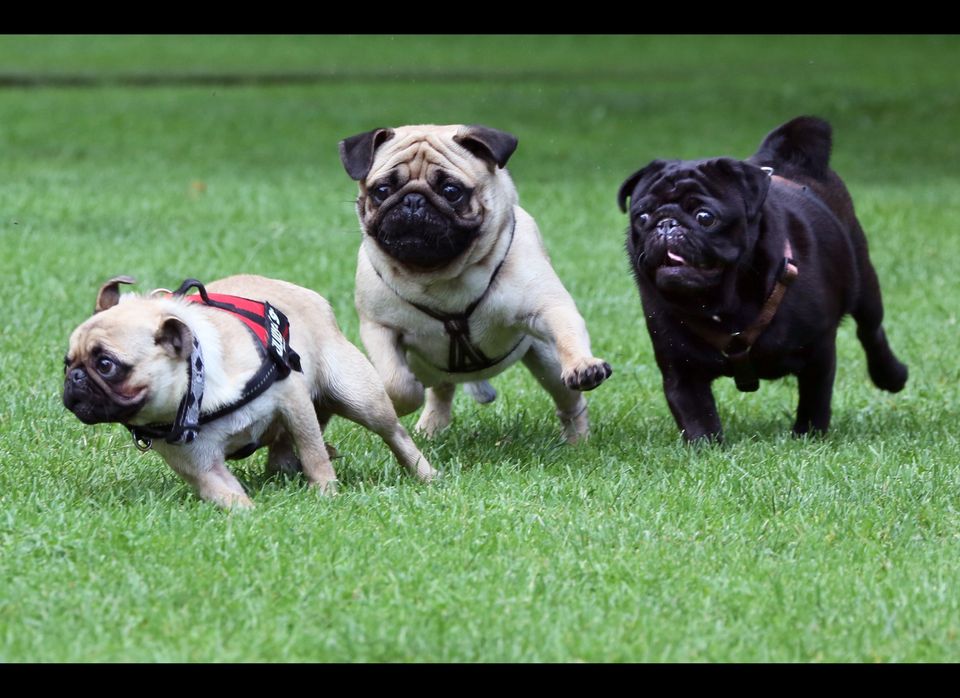