A plane carrying 150 people crashed in the French Alps on Tuesday en route to Düsseldorf, Germany, from Barcelona, Spain. No one is believed to have survived the crash.

The Airbus A320 plane, operated by Lufthansa's Germanwings budget airline, went into a rapid decline and lost radar contact with air traffic control about an hour after takeoff at 10 a.m. local time, the airline said.

Germanwings said the plane started losing altitude one minute after it reached cruising height, and continued to descend for eight minutes before the crash.

The plane crashed in a remote area of the French Alps, about 65 miles north of the riviera city of Nice.

A helicopter that was able to reach the crash site confirmed that there were no survivors, French Prime Minister Manuel Valls said. 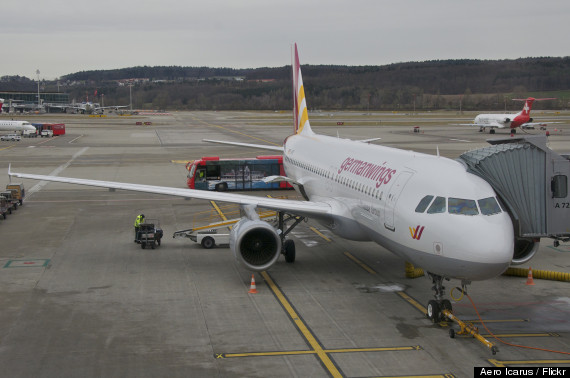 The airline said 144 passengers, two pilots and four flight attendants were on board flight 4U 9525.

Officials said the passengers are thought to include 67 Germans, one Belgian, one Dutch national, two Australians and more than 40 Spanish people. The passenger manifest also included two babies.

Among the passengers were 16 high school students and two teachers from the German town of Haltern am See, who were returning from an exchange in Spain. Their distraught classmates laid candles outside the Joseph-Koenig-Gymnasium secondary school on Tuesday. "It's the darkest day in this town's history," mayor Bodo Klimpel told Reuters. "It's the worst thing ever imaginable." 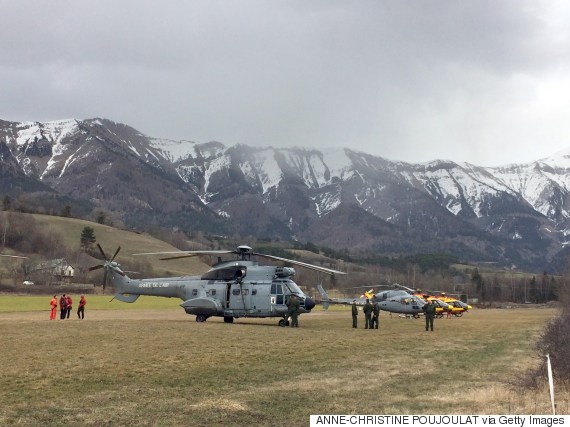 "Everything is pulverized. The largest pieces of debris are the size of a small car. No one can access the site from the ground," Gilbert Sauvan, president of the Alpes-de-Haute-Provence general council, told The Associated Press.

"There's nothing left but debris and corpses," the mayor of Folcalquier, Christophe Castaner, tweeted from the scene.

The mayor of the nearby French town of Barcelonette, Pierre Martin-Charpenel, told HuffPost France that all emergency staff has been mobilized for the search. A local weather official told Reuters that the search might be impeded by local storms and low cloud.

"It is going to take days to recover the victims, then the debris," warned French police official Jean-Paul Bloy.

Officials announced late on Tuesday that the search was suspended overnight, but would resume in the morning. 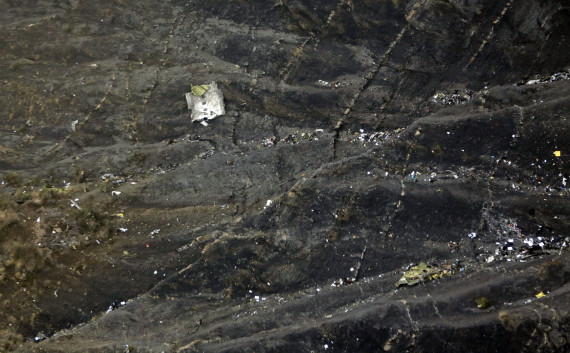 One of the plane’s black boxes has been located and is being examined for more information on the crash, the French interior minister said.

Aircraft manufacturer Airbus and the airline said they were working to confirm the details of the crash. "If our fears are confirmed, this is a dark day for Lufthansa," the airline said in a statement. "Our thoughts and prayers are with the families and friends of the passengers and crew members." 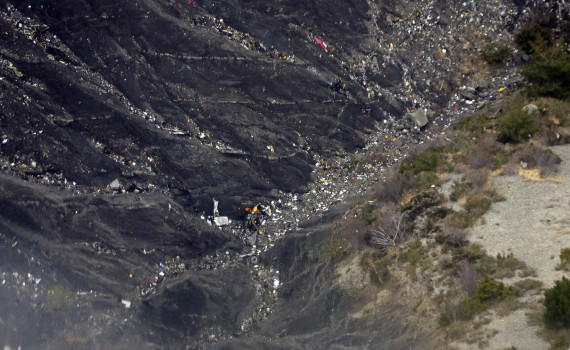 While early reports indicated the plane had issued a distress call during its descent, French aviation authorities later denied that report. "The aircraft did not itself make a distress call, but it was the combination of the loss of radio contact and the aircraft's descent which led the controller to implement the distress phase," an authority spokesman said.

The aircraft was built in 1991 and operated by Lufthansa and Germanwings, which was established in 2002. The captain on flight 4U 9525 had 10 years of experience working for Lufthansa, the airline said.

The A320 is Airbus’ best-selling jet family, with more than 6,000 planes in operation. Airbus said last year that 3,606 A320 jetliners were in use around the world. In December, another A320, Indonesia AirAsia Flight 8501, crashed into the Java Sea, killing all 162 passengers and crew.