A masked gunman is dead after he opened fire Thursday inside a movie theatre in the small German town of Viernheim, near Frankfurt.

The suspect was shot after elite forces in helmets and body armor stormed the complex, according to Interior Minister Peter Beuth. The gunman carried a weapon -- that possibly only fired blanks -- and an ammunition belt, Beuth said.

Initial police reports state that the armed man was operating alone and does not have terrorist ties, Focus reported. The man was described as disturbed.

Bild daily said that according to police about 25 people had been exposed to tear gas.

The theater is part of the Rhein-Neckar-Zentrum shopping center, one of the largest in the Rhein-Neckar region of Germany. Some 23,000 people shop at this collection of 110 shops each day, according to the mall's website. The theater was showing a number of movies during the day, including The Jungle Book, Alice in Wonderland and Central Intelligence.

There are some 25 million civilian-owned guns in Germany, which has some of the strictest gun control laws in the world. All German gun owners are required to store weapons in a locked safe, and if door-to-door inspectors find unlocked weapons, owners "could lose their guns, be fined, or go to jail," NPR has reported.

﻿Reuters contributed to this report. 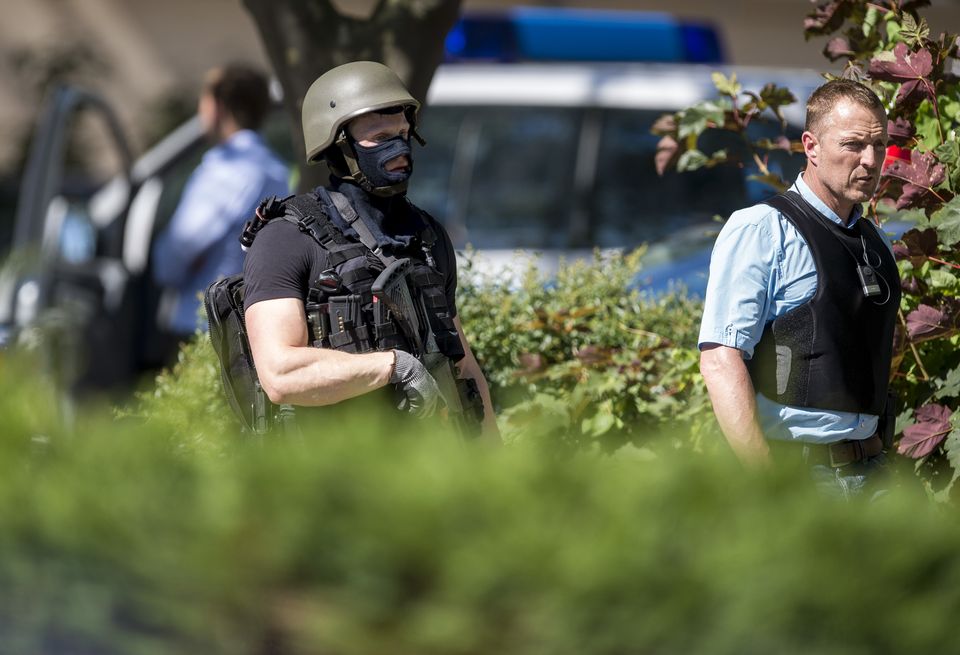 1 / 16
Heavily-armed police stand outside the movie theatre Kinopolis where an armed man has reportedly opened fire on June 23, 2016 in Viernheim, Germany. According to initial media reports, the man entered the cinema today at approximately 3pm, fired a shot in the air and barricaded himself inside. (Photo by Alexander Scheuber/Getty Images)
Alexander Scheuber via Getty Images