If you've been sitting around for the past three months (or longer) reliving your 2000s wardrobe choices via old episodes of Buffy the Vampire Slayer, there's one specific way to get back in shape -- fast.

You heard about the interval workouts that helped your friend lose her baby weight before she finished maternity leave and the high-intensity DVDs that promised to tone you "in just 60 days." Now even university researchers are publishing papers that sound like infomercials, claiming that you can get fit in just two weeks, using an approach called HIIT.

HIIT (high intensity interval training) involves short, challenging bursts of activity with rests in between. It's not new: Hard sprints are familiar to athletes and jocks. What's notable is that this type of workout, which can be done in 20 or 30 minutes, has been adapted for adults of most ability levels and that it's been compared in the lab with the traditional, I'm-getting-serious-about-fitness workouts of 45 to 60 minutes of cardio 4 to 5 times a week, with impressive results.

Multiple studies led by exercise physiologist Martin Gibala, PhD, the chair of the department of kinesiology at McMaster University in Hamilton, Ontario, have found that HIIT workouts can provide the same cardiovascular and muscular benefits in half to one-third the time as those endurance workouts, in -- yes, he says it's true -- two weeks. A separate study from Ontario's University of Guelph showed that a total of seven hours of HIIT over two weeks raised women's fat-burning power, compared with 12 hours of medium-speed sessions. Here's what you need to know:

The plan: Swim, run, bike or cycle hard for one minute (85 to 90 percent of your maximum heart rate, or so that you're breathing hard and can't talk), then go easy for one minute, and repeat 10 times. Do this three times a week. That's 60 total minutes of high-intensity exercise in one week, compared with the 150 weekly minutes of moderate-intensity activity recommended by the Centers for Disease Control for general good health.

The tweak: Most of the studies on HIIT have involved one type of cardio activity, but Gibala says that this approach can also be applied to weight lifting or circuit training. Jessica Matthews, an exercise physiologist with the American Council on Exercise, recommends interval training that includes full-body power moves, like burpees (those killer push-up/jump-up combos), kettlebell swings, plank-ups and medicine ball slams. This is the basic idea behind CrossFit classes, Insanity DVDs and some boot-camp classes. At home, Matthews suggests setting up a circuit, like this one, of 6 to 8 exercises that challenge the entire body. Perform each move for 30 seconds, followed by 30 seconds of active recovery (like jogging in place). Once you've completed all the exercises, rest for 1 minute and then do the entire circuit one or two more times (total workout time: less than 30 minutes). Matthews adds that while researchers like Gibala gauge fitness by measuring enzymes in the muscles and the body's maximum oxygen intake (VO2 max), most of us non-scientists are mainly looking for slimmer thighs and more-sculpted physiques. The time it takes to get accomplish those goals varies widely by individual ... but, as any trainer will tell you, usually takes longer than two weeks.

The fine print: The military recently noted a disproportionate number of injuries from CrossFit, Gym Jones Insanity and P90X, resulting in lost duty time, medical treatment and rehab. Some of the riskiest moves are power cleans (bodybuilder barbell lifts) and handstand push-ups. If you, like some of these troops, don't already know how to safely execute a perfect lunge, then you may have trouble doing a series of them -- fast -- while swinging kettlebells. Look for a gym with intro classes that can teach you the basics. Another mistake: pushing too hard. Matthews says that she has seen people get hooked on total-body HIIT-style workouts and refuse to take days off, which can eventually lead to overuse injuries. (And, finally, Gibala says that none of his studies have tested the benefits of HIIT for more than a few months. But by that time, you should already be fitter, stronger and healthier).

PHOTO GALLERY
How To Be Your Own Trainer

Get In Shape Fast: HIIT Workout Offers Quick Way To Burn Fat
How To Be Your Own Trainer 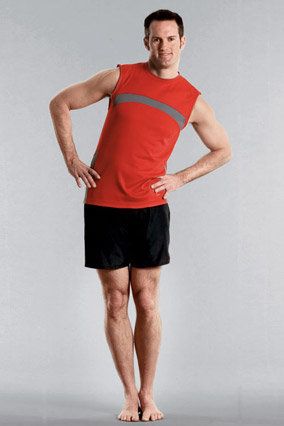 1 / 7
Your Goal: Find An 'Emergency' Routine You Can Do Anywhere
You need a portable routine to squeeze in between scheduled workouts -- something you can easily do in your living room, a hotel room or the spare room at your parents' house (where you'll be staying during your next visit). <a href="http://www.oprah.com/health/Dr-Ozs-20-Minute-Workout">This routine by New York City celebrity trainer Joel Harper</a> builds muscle, creates flexibility and keeps your fitness level up without requiring any equipment. Best of all: You need only 20 minutes. <b>Read more:</b> <a href="http://www.oprah.com/health/Dr-Ozs-20-Minute-Workout">The in-betweener quickie workout</a>
Beth Bischoff