You're not imagining things, and you're not alone: Women start to notice a fizzling of desire after living with their partner for one to four years, research shows (it can happen to men, too, but women's levels seem to plunge more precipitously). Read on for science-backed rekindling ideas.

If you have 0 minutes...follow the advice of that classic Nike ad campaign.

Most of us believe that desire sparks the idea to have sex, which ideally leads to us feeling like it's the Fourth of July when it's really the third of March. So if we're not already in the mood, then it's hard to for us to motivate to light some candles and change out of our yoga pants that are too baggy to actually wear to yoga. But the desire-then-sex formula can be limiting, says Laurie Mintz, PhD, a professor of psychology at the University of Florida and the author of A Tired Woman's Guide to Passionate Sex. Research clearly shows that women can have the idea to have sex, start having sex and then become excited, and then become really really excited, Mintz says. Often, the trick is to just do it and tell yourself that you'll be glad you did. What makes the difference between sex-as-foreplay and sex-as-duty is your attitude, says Mintz, (who acknowledges that yes, this is harder than it sounds). She says that what has worked for many women she's counseled is to practice mindfulness during sex -- focus and immerse yourself in the smell of your partner's hair, the warmth of his skin, the feeling of his hand on your…you get the idea.

If you have 5 minutes, put on…socks.

That's right, we're not recommending a lacy, filmy or revealingly clingy little something. Here's why: Researchers have found that warming up the feet leads to warming up other parts of the body. The area of the brain associated with genital sensation is right next-door to the one associated with feeling in the feet, writes Daniel G. Amen, MD, in his book Unleash the Power of the Female Brain. Some scientists think that when our feet are cold, it's harder for us to feel comfortable enough to let go in bed. In an orgasm study at the University of Groningen, half the couples were unable to make it to climax, but once socks were offered, the success rate shot up to 80 percent.

More than 200 women reported in a 2010 online survey that they had experienced exercise-induced orgasms, says study author Debby Herbenick, a research scientist at Indiana University and the author of Sex Made Easy. Insert your own "sexercise" joke here, and then start warming up for titillating workouts involving the captain's chair (you lift your lower body by contracting the obliques and pelvic muscles), Spinning (which causes friction between the bike seat and the pelvis), yoga (which improves mind-body awareness) and rope-climbing (see also: Spinning). Many of the women surveyed also said they felt excited by watching themselves perform strengthening and flexibility moves in the mirror. Herbenick says that even if going to the gym isn't your means to an end, it can literally get the blood flowing so that you're more easily aroused by your partner when you get home.

If you have a week...make time for cheeky daydreams.

We think that planning ahead for sex is something only old married couples do, but Mintz reminds us that most of us picked up this habit in the early days of our relationship. On date nights (which at that point usually involved something more X-rated than fusion cuisine), we'd put lotion on our legs, wear something flattering and anticipate how our partner would look, smell and feel. Need more proof of the power of anticipation? Mintz compared women who read her book (which is essentially a self-help course that involves lots of thinking about sex) with a control group. The results, published in the Journal of Counseling Psychology, showed that the book readers (aka the sex-strategizers) showed significant improvements in desire, arousal, satisfaction and quality of orgasms -- and the gains in desire lasted for more than six weeks. So if you and your partner know you'll have the house to yourselves on Friday, you'll have a better night (and a better week) if you start getting psyched for it on Monday.

If you have two weeks...replace your pocket rocket.

More than half of women ages 18 to 60 use vibrators, surveys show, so it won't come as a shock to hear that regular use of these happy tools can make it easier to get in the mood. Sex researcher Debby Herbenick and her colleagues at Indiana University have found that women who had used a vibrator in the past month reported significantly higher levels of desire and arousal than those who hadn't. What you may not realize is that the type of toy matters -- for more than the obvious reasons. Some contain high concentrations of phthalates, industrial chemicals that make plastic soft and pliable, which has been associated with serious health problems, including lower testosterone levels (which may affect sex drive). This is not the kind of thing you want to have in the vulnerable genital tract, so if you think your little friend may have phthalates, roll a condom over it. Or consider upgrading to one made of medical-grade silicone, glass or metal

If you have 30 days...sample Asian medicine that's been backed by Western science.

While we're usually skeptical of supplements that claim to improve libido, there seems to be some legitimacy to Korean red ginseng. This herb has been used in Asian medicine for centuries as a sex enhancer as well as to boost immunity and create a general sense of well-being. In a promising 2010 study published in the Journal of Sex Medicine, menopausal women who tried Korean red ginseng extract reported improved levels of arousal. You may have heard of the OTC supplement ArginMax, which contains ginseng as well as gingko to improve blood supply (important for physical arousal). It's been recommended by some medical professionals, including the prominent sexologist Beverly Whipple, PhD, for women experiencing sexual dysfunction. Talk to your doctor before trying ginseng, though, because it can have negative or intense interactions with several different medications and supplements -- including caffeine.

OWN Healthy Mind & Body Own OWN Relationships Libido Sex 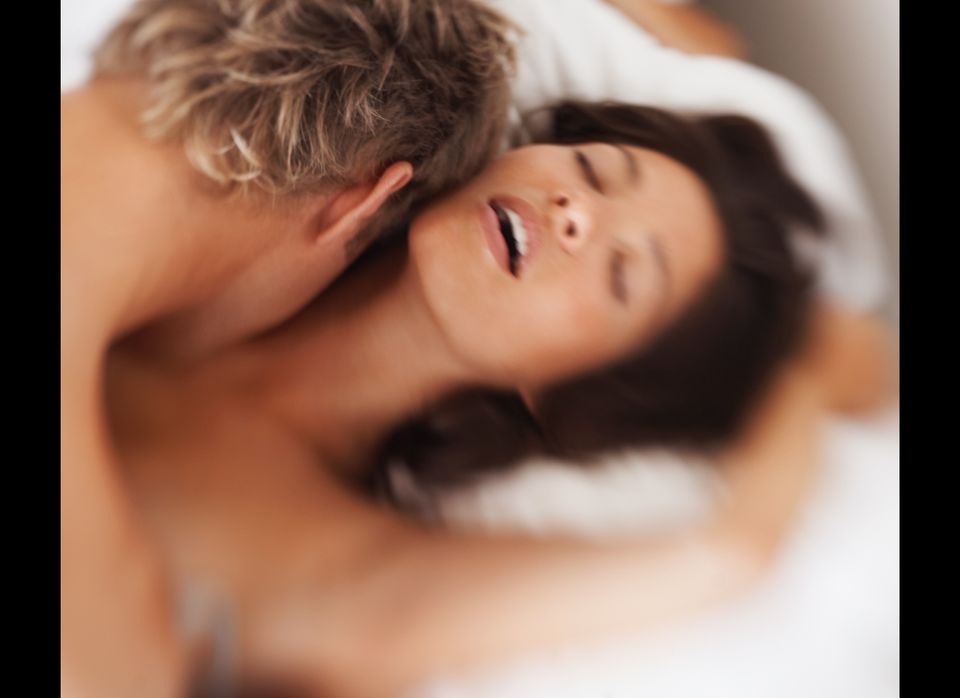