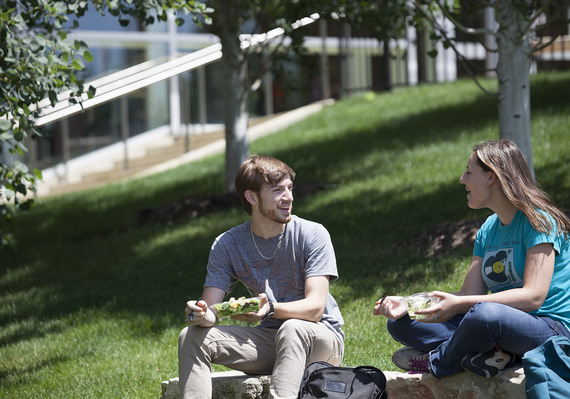 It's come up again and again on the 2016 presidential campaign trail: The federal government doesn't let borrowers refinance their student loans when interest rates fall, as you can refinance a mortgage.

But banks and private companies have stepped in to fill the gap, letting borrowers refinance student loans to lower interest rates based on their financial and educational backgrounds.

States have started to get in the game, too, creating programs that give borrowers a local refinancing option. Some programs are well-established, while others are still in development. Most states fund their programs by selling tax-exempt bonds, passing the interest rate savings on to borrowers.

If you live in these states, you might not have to wait for federal legislation to refinance your student loans with the help of a government agency.

Keep in mind that refinancing with either a private lender or a state results in a new, private loan. Doing so means you'll give up access to forgiveness and certain student loan repayment plans when you refinance federal loans.

The Minnesota Office of Higher Education unveiled its SELF Refi program on Jan. 14. Participants must be certificate- or degree-holding Minnesota residents who owe at least $10,000 in federal or private student loans. To participate you'll need a credit score of 720 -- 650 if you use a co-signer -- and your total debt can be no more than 45% of your annual income.

Interest rates for SELF Refi loans range from 3% to 4.35% on variable-rate loans (which are likely to increase as the Federal Reserve raises interest rates) and 4.5% to 6.95% on fixed-rate loans. In a separate initiative, the state now also offers free student loan counseling to residents who have missed a payment on their loans.

Interest rates start at 2.01% (variable) or 5.02% (fixed). The new loan term will be 10 to 25 years, depending on the total loan balance. More than 3,000 North Dakota residents participated in the program its first year. The average borrower refinanced $45,567 in student loans.

Participants must have a credit score of 680 and a salary of $40,000 or more to qualify without a co-signer. RISLA offers fixed interest rates starting at 4.24% with a co-signer and 5.49% without one, both including a discount for making automatic payments. RISLA also offers an income-based repayment option, rare for a private refinanced loan.

State refinancing programs in the works

The California state legislature established the California Student Loan Refinancing Program in September 2014. It would have let California residents who had bachelor's degrees, jobs in public service and strong credit refinance their private student loans through a program administered by the California Educational Facilities Authority. That program didn't receive sufficient funding, but there are new efforts to launch it with revised qualifications so it's available to more grads.

Connecticut's governor signed a bill in September 2015 allowing residents to refinance student loans through the Connecticut Higher Education Supplemental Loan Authority. It gives Connecticut residents, including grads and their parents, the opportunity to apply for a new, refinanced CHESLA student loan to replace federal or private loans. The state hasn't yet finalized program details, but its target start date is summer 2016, says Josh Hurlock, portfolio and marketing associate at CHESLA.

Last year, the Maine legislature authorized the Finance Authority of Maine to provide loan insurance to local lenders so they may refinance state residents' student loans. That means Maine borrowers could potentially have multiple refinancing options from nearby banks. There will also be an educational component to the refinancing offer, explains Martha H. Johnston, FAME's director of education.

"Lenders set the rates and fees and all loan applicants participate in a financial education module as part of the online loan application process," Johnston says. The program will make its first loans in late February 2016.

Other state refinancing plans are in an even earlier stage. Lawmakers in these areas have introduced bills giving them the power to refinance student loans.

Additionally, the private nonprofit organization Iowa Student Loan, which doesn't receive state funding, launched its refinancing option, the Reset Consolidation Loan, as a pilot program last year. The organization will release a revised refinancing program to Iowa residents and graduates of Iowa colleges in the next few months.

If your state doesn't yet have a program in place, student loan refinancing is an option through a private lender. NerdWallet's partner Credible is a marketplace where you can apply for a refinanced loan through eight lenders with one application. Additional lenders outside the marketplace include Darien Rowayton Bank, Earnest and SoFi.

Keep watching for updates in your state -- and at the federal level -- so you can take advantage of the best refinancing options available to you.