I've been using "personal work" and "portfolio work" as interchangeable terms for quite some time now, and it's recently become apparent to me how important it is to separate them.

Most photo editors and art buyers will agree that the worst thing a photographer can ask is, "what should I be shooting?" Most of them will tell you that that's often a sign of an artist with little or no vision. While most of them will tell you they want to see what you want to shoot, there are still things a professional photographer should have in his or her book. The simple truth is, if you want to shoot lifestyle for a client, at some point, you're going to have to spend your own money loading up an old VW bus with models and hippy clothes and drive out to the desert for a day's worth of shooting. This is portfolio work. It's the work you do to prove you're capable of it, and, hopefully, because you love it. Personal work is different. If your portfolio were a novel, your personal work would be the first few pages-the attention grabbing work that will ease us into all the proficient lifestyle, advertising, editorial stories, automotive work, whatever follows.

The reason, I think, the distinction is so important is that scheduling that many shoots, while fun, can be a daunting task. Mostly, in my case anyway, when it comes to portfolio or personal work, no one on your crew is getting paid. Your stylist is on board because he/she needs the work for their portfolio as well. It's the same with the model, hair stylist, and makeup artist. Your assistant, however, is probably just a really close buddy who's sacrificing his Sunday to hold a reflector for you. He is a hero. Buy him lunch. The point is, when no one is getting paid, your shoot will be subject to sudden scheduling conflicts as your crew is offered proper work, travels, or just plain loses interest. It is for this reason that I suggest packing in as much as you can to a single day of shooting.

A couple months ago, I had an image in my head: a beautiful naked woman, having carved "get naked" into a sand dune at Pismo Beach, runs and leaps out of frame. It's a simple idea, and it sounded cute to me. It took me a couple weeks to find a woman who was willing to drive three hours north from Los Angeles to be nude in one photograph, but once I had her, the rest of the crew came together quickly.
We drove up early to scout and grab lunch. As we crossed over the bluffs and ventured into the dunes, I reflected on all the trouble we were going to to get one shot, and then it dawned on me: this whole day was a lifestyle story-a group of friends go to the beach for a photo shoot. After we prepped the dune, and established the blocking, I turned the camera on my crew. The shoot that followed made the whole trip worthwhile: 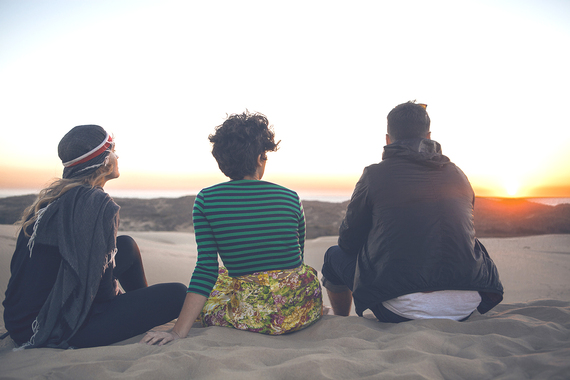 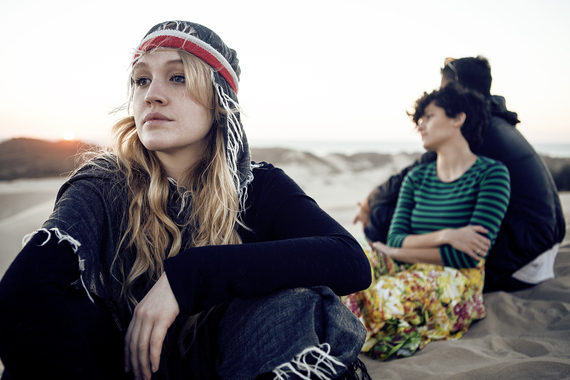 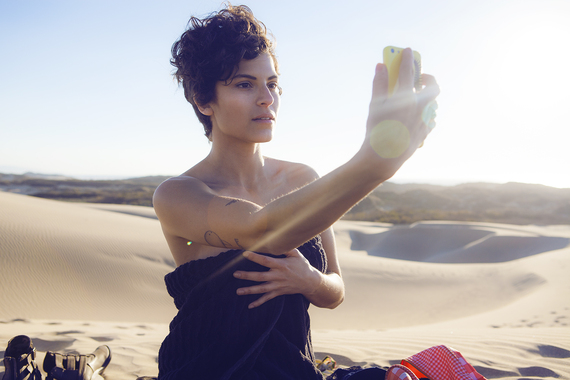 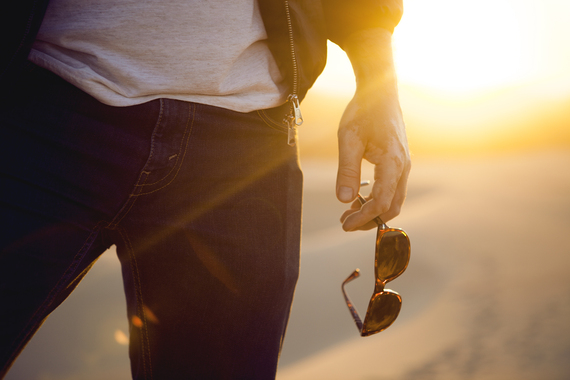 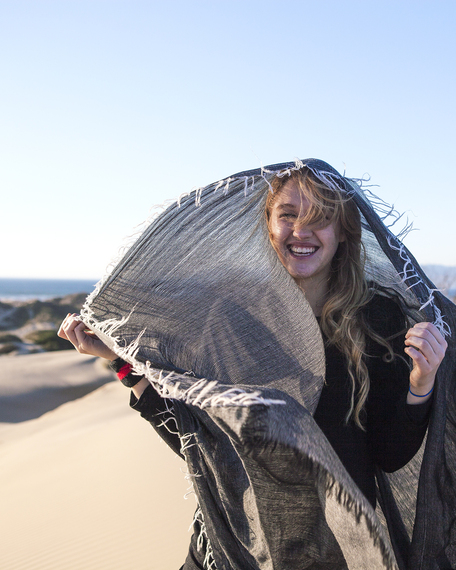 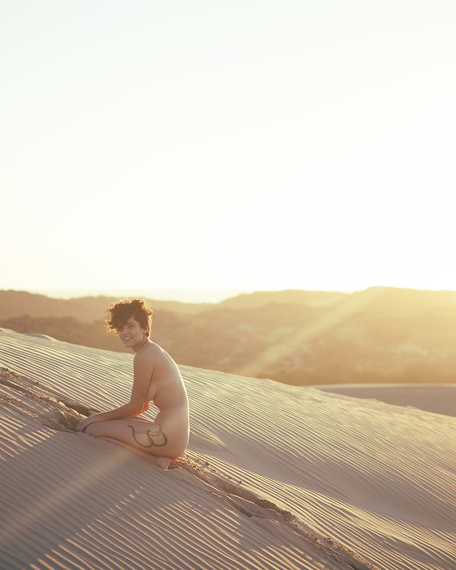 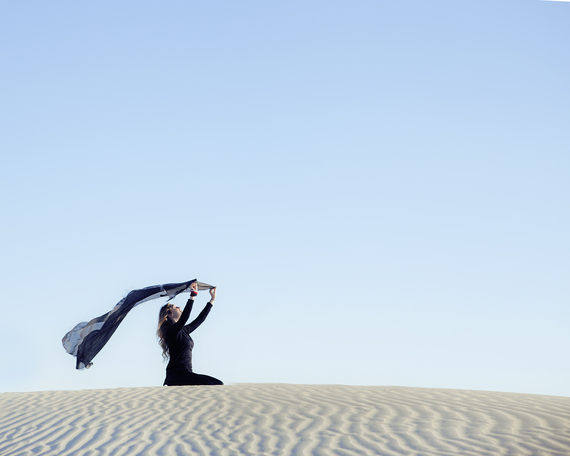 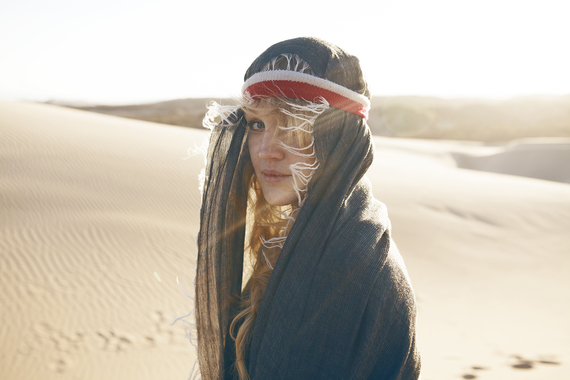 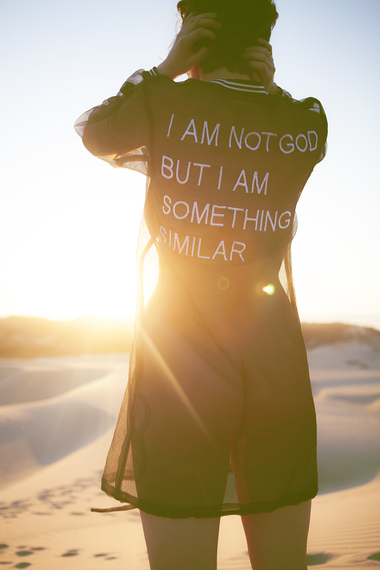 An art buyer recently asked me why I chose to use the following image for a promo piece. I responded:

"I thought that shot up last year and decided to make it part of a larger series; same scenario, different locations. It took longer than I thought to find a location, a model who was willing to go nude, and a crew that didn't mind driving 3 and half hours North on a weekend to get one shot. The shot itself is actually a composite; three shots stitched together to get the scope of the lettering, which proved to be nearly impossible to get right without leaving a chaotic mess of footprints in the sand. It was a long day, a longer drive, and a totally rewarding experience. And maybe it's a little European for brands like Naked Juice or Simply Naked Popcorn, but who knows what they'll want next. People always say, "shoot what you love," but I think they forget to say, "share what you love," and, [name redacted], I love this shot..." 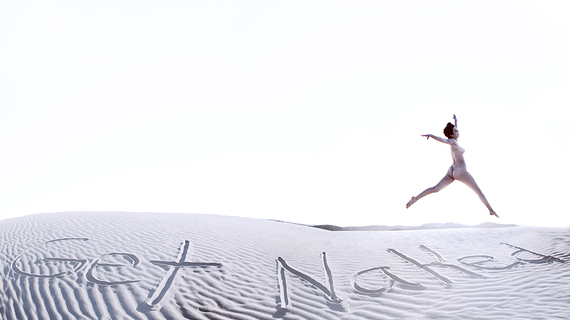