During winter time, most people would think about covering themselves with a blanket and just hibernating until the snow melts. Although it's really a comfortable option, just think of all the fun you'd miss out by doing this!

Instead of hibernating through the winter, why not do something productive and keep yourself active with some fun winter sports? If you're used to staying indoors in winter, let me show you some great activities that can get you off your feet. 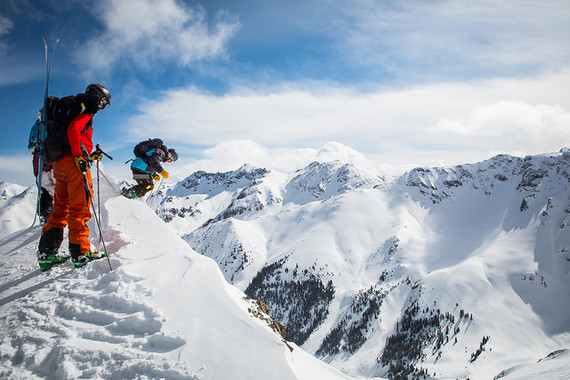 
Ice Skating
Ice skating is one of the most relaxing of all winter sports as it doesn't need that much muscle. The only problem with ice skating is that it's really slippery but if you work on it, you can get the hang of it. To skate, you'll just need strong leg muscles since you'll need those legs to control your movement on ice. The best part is, you don't need to go to an ice skating rink in winter. All you have to do is find a pond and put your skates on. This is a great way to bond with friends and even bring a date.

Skiing
Skiing is also a really fun winter activity although it does require a certain level of fitness. There are typically two types of skiing activities you can choose from-- cross country skiing and downhill skiing. Cross country skiing is more for those who like to build endurance and also explore the area. Cross country skiing involves a lot of muscle movement as it is an aerobic sport and it can help you burn a lot of calories because it is a cardio exercise in nature.

The second type of skiing is the downhill skiing. This type of skiing doesn't take that much energy since the slope will make you move anyway. You will be making more use of leg, foot and hip muscles since you need your lower body to control your movement. You'll also need your upper body strength for controlling the poles.

Snow Mountain Biking
If you love daredevil activities, then snow mountain biking takes the cake. A snow mountain bike is quite like a normal motorcycle but instead of wheels, it has skates. MotoTrax carries some of the best snow mountain bikes because they specialize in catering to bikers. According to Jacob Stevens of MotoTrax, he wanted to create a bike that'll allow bikers to ride even in the snow. In his own words, he said, "We make snow bikes because we want to keep riding our dirt bikes in the winter time. So, our number one goal as a company and as a snow bike manufacturer is to make our snow bike kits work and feel as much like a dirt bike as possible."

Snowboarding
If you're a skateboarder, then you'll most likely also love snowboarding. Back in the seventies, snowboarding wasn't very popular because skiers usually stole the spotlight. In fact, snowboarders were actually banned from slopes to give way to skiers. Eventually, snowboarding became widely accepted and became one of the most popular winter sports due to its health benefits. It's great for strengthening your leg muscles as well as your abs because you'll need your lower body for controlling. While doing that, your arms are free to swing around wherever they want.

For those who love biking, snow mountain biking is the next best activity in winter, or even better.

These are some of the most enjoyable winter sports that you can do when the snow fills the ground. Hopefully, knowing about these sports can help you get off your couch and go outside for some play time. It's definitely better than just lazing around and waiting for the snow to go away.