While the one-cent, once-copper coin doesn't have the purchasing power it used to, Americans still have a hard time letting it go. A HuffPost/YouGov poll conducted in January found that only 34 percent of Americans are in favor of eliminating the penny, while 51 percent oppose it. The poll didn't ask about rounding up all the pennies and melting them down into a giant statue of Abraham Lincoln's face, but chances are that wouldn't be a popular option. (It wouldn't be very practical, either, since the U.S. has minted nearly 92 billion pennies since 2000, with about 7 billion new ones created in 2013 alone.)

Jarden Corporation would likely be among those interested in keeping the penny around. The multibillion-dollar consumer products company, based outside New York City, is the U.S. government's exclusive supplier of penny blanks, the unprinted discs that are made up of 97.5 percent zinc and 2.5 percent copper. Jarden Zinc Products has received $800 million for this contract since 2000. That's about 80 billion pennies in payment for the 92 billion it's helped put into circulation.

Is it possible that simple nostalgia and our fond memories of "take a penny, leave a penny" trays are protecting a coin that's worthless to pretty much everyone besides the multinational conglomerate that helps produce it? And if not, why exactly is the penny worth keeping around? Let's consider the following...

It costs more than two cents to make one penny.

According to the U.S. Mint, a penny costs 2.41 cents to produce. That means the government spent nearly $169 million in 2013 just to put $70 million of currency into circulation. The disparity between the actual monetary worth of the penny and the value of the zinc inside has even led to concerns that people would stop using the coins as money and start melting them down for the raw materials.

None of this is lost on President Barack Obama or congressional lawmakers. Last year, Obama said during an online "Fireside Chat" that pennies were obsolete, and suggested that they were only still in use because people were "attached emotionally" to the coins. Congress has weighed getting rid of them, though pro-penny lobbying efforts and public opinion have stood in the way.

Stop! It's literally not worth your time to bother with that penny.

Remember that old fun fact about Bill Gates' time being so valuable that it wouldn't be worth it for him to stop and pick up a $100 bill? The same goes for most Americans and a penny. The average wage was right around $22 an hour in 2012, meaning that we make much more than one cent in the time it takes us to stop, reach down, pick up a penny and put it in our pocket so we can go do whatever it is that people do with pennies. It probably says something that you see pennies lying abandoned on the street in the first place.

According to Jeff Gore, an MIT scientist and founder of Citizens for Retiring the Penny, the average American spends at least 2.4 hours handling pennies every year. And that's not including retail employees, whose job involves handling change and often sliding four pennies out of the register, one by one. It seems like the only reason to carry pennies now is to protect yourself against getting more of them.

Gore has claimed that the time we all waste fumbling around with pennies translates to $15 billion lost nationwide every year. Some stores have caught on: In 2012, a number of Chipotle restaurants began rounding purchases to the nearest nickel to save time at the cash register, though when customers noticed that they were sometimes paying an extra cent or two, the stores announced that they'd only round down.

In a world without pennies, prices wouldn't even be all that different.

Proponents of the penny, including the Americans for Common Cents (get it?), a Capitol Hill lobbying group representing Jarden Zinc, have been pushing the "rounding tax" argument since as early as 1990. The reasoning goes that retailers in a post-penny world might adjust prices so they could round up instead of down, and they'd pass on that cost to the consumer. Inflation would soon follow. Pro-penny studies have also suggested that this trend would disproportionately affect younger and poorer Americans, who are more likely to pay in cash and for whom those cents are more significant.

But a separate 2006 study, which looked at hundreds of thousands of transactions, found that after all other taxes and fees were added, rounding prices to the nearest nickel actually led to a net gain for customers. Another study done in Canada, where they began phasing out the penny in 2013, found that there would be no broader long-term impact on consumers.

In Canada, the price of a purchase is rounded up or down when the customer pays in cash, and left unadjusted when the customer uses another form of payment. Concerns about retailers massaging prices to skim an extra penny or two from the customer have largely proved baseless, as it's difficult for stores to account for various fees added on to initial sale prices, not to mention all the customers who buy multiple items.

Sorry, but nobody misses the penny when it's gone.

When Canada began ridding itself of its lowest-denomination coin, it followed the example of a number of other nations that had already done so successfully. A study conducted by the Bank of Canada ahead of the decision to retire the penny concluded that there would be no significant impact on inflation. About a year into Canada's penniless phase, this has proven true, much like it has in other countries.

The U.S. has some experience with eliminating defunct currency. In 1857, it stopped minting the half-cent coin after Congress realized that its purchasing power (the equivalent of around 11 cents today) and cost of production had made it impractical. By most calculations, the move led to no immediate or long-term effects on the value of U.S. currency.

And some Americans are already used to a life without pennies. U.S. military bases abroad gave up on the coins around 30 years ago. The Department of Defense told the Los Angeles Times in 2008 that they were simply "too heavy and are not cost-effective to ship."

Charities will probably be OK.

Penny-defenders have claimed that charities -- the kind that hold penny drives and rely on small change donations -- would lose out if people didn't have the red cents in their pockets, or in jars and piggy banks at home.

But that effect hasn't been reported in other countries that went penniless, and at any rate, retiring the U.S. penny would be a gradual process, meaning that people could continue to use the coins for a set period of time. While Canada has stopped minting new pennies, the coin still technically holds value, though stores don't have to accept it. If the U.S. goes penny-free, people could offload their jars of pennies to charities whenever they wanted, though the impact would likely be modest. Even jars that hold a lifetime's worth of loose pennies are still probably only worth a few bucks.

Furthermore, with increasing options for even the smallest charities to accept money through electronic payments, the small-change drive is less important as a fundraising tool than it used to be. And opponents of the penny have suggested that without pennies, nickels would take over the role of "coins that everyone has and nobody needs" -- meaning that organizations like the Salvation Army and UNICEF could take in five times as much value when people start sending them jars of nickels.

Even if it cuts down on hassle, would killing the penny really save the government money?

According to a report commissioned by Jarden Zinc, eliminating the penny wouldn't necessarily remove all the losses currently associated with the U.S. Mint's production of the coin, at least for a few years. This would be due to fixed and overhead costs in the budget. While those would eventually disappear along with the penny, the report also points to a more significant issue: Nickels, which would go up in production in the absence of a lower-denomination coin, cost 11.2 cents to manufacture, meaning that they're almost as impractical as pennies.

That reminds us. Should we get rid of nickels while we're at it?

Do we really need them, anyway? At 75 percent copper and 25 percent nickel, they're expensive to make. Furthermore, if we lost the nickel, most sums of change could still be rounded neatly to the nearest five, and paid out with a combination of dimes and quarters.

But people love these coins. Can't we save them?

Perhaps we're not ready to accept that both pennies and nickels are relatively worthless and will likely only get more so with inflation. Jarden is hoping we're not, anyway. The company commissioned a report looking at ways to rescue the coins, and found that the government could save hundreds of millions of dollars by using multi-ply plated steel technology in currency manufacturing, instead of the more valuable zinc and copper. Unsurprisingly, Jarden also produces steel in high volume.

Other parties have suggested using ceramic or plastic compounds in coins, though there are questions about the cost of retrofitting existing minting equipment to handle the new materials, and it's possible that the new weights of the coins would cause confusion with vending machines and parking meters.

But none of these solutions will satisfy those who believe we should keep minting pennies and nickels in their current state -- even if we do so at a huge loss. Supposedly, those humble little coins serve as a reminder to the government of "how properly to conduct monetary policy" -- that is, with currency tied to things that have physical value, instead of just easily printable paper money and credit.

Can We All Just Agree That Pennies Are Stupid And Need To Be Retired?
15 Amazing Dollar Redesigns 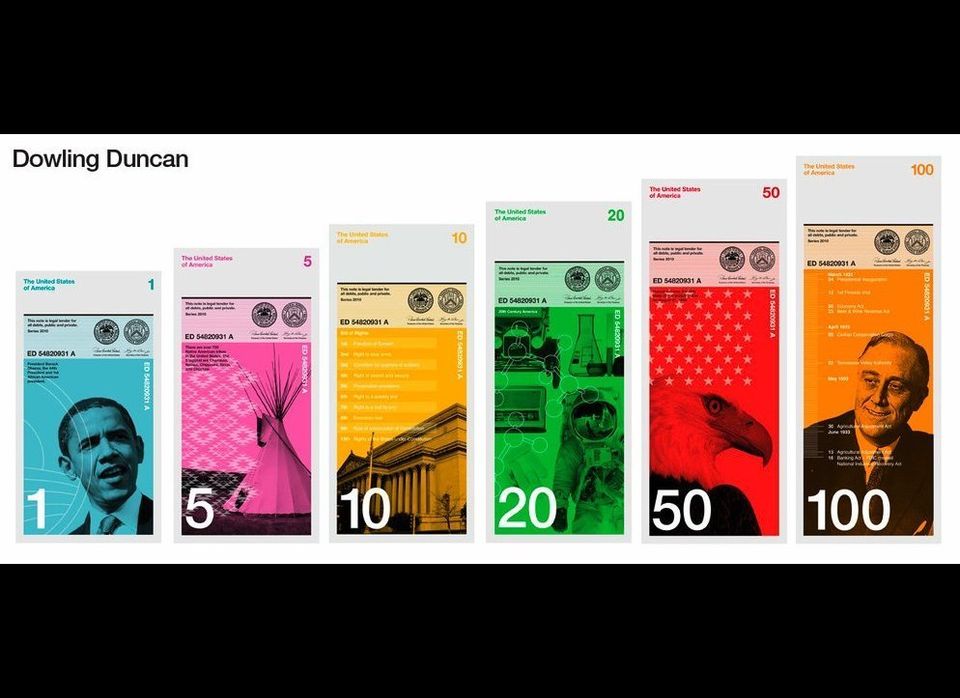