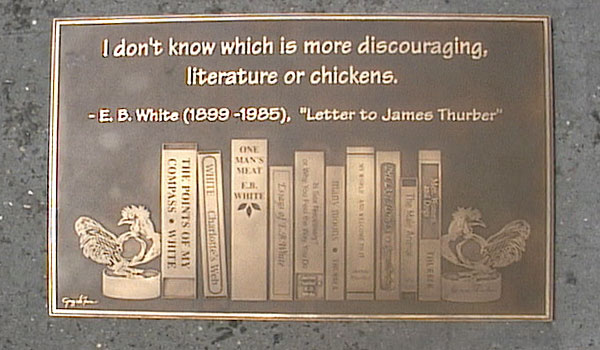 Brevity is the soul of wit -- how and where better to joke about the tumultuous, glorious nature of literature than on a plaque the size of a puddle on the approach to one of the most important libraries in the world: the Schwarzman New York Public Library on 42nd Street.

E.B White's is one of 96 plaques in the pavement featuring quotations from literature and poetry brought to life by urban sculptural artist Greg LeFevre on Library Way -- a GCP initiative in 2004 -- a promenade along East 41st between Fifth Avenue and Park Avenue leading to the Schwarzman's fabulous Beaux-Arts front door on 42nd.

As the song goes: "where the underworld can meet the elite -- 42nd St." Certainly true in the mix of the artists quoted on Library Way, most of them suggested by NYPL librarians.

Libraries have always offered solace: "Medicine for the soul" -- Inscription Above the Door at the Library at Thebes

There's a lot to like about NYPL and the Schwarzman: its impressive grandeur (the cornerstone was laid in 1902 yet it has an elegance of Classic proportion, the biggest marble structure in the US at the time of building); its character (the two guarding lions originally named Astor and Lenox after the founders later nicknamed Patience and Fortitude as an inspiration during the Depression; its wide-ranging programme of talks & workshops); the fact that it's in Ghostbusters; but my favorite of its attributes is Library Way with its chorus of voices from Marcus Aurelius to Samuel Beckett declaiming the joys and challenges of reading and knowledge. 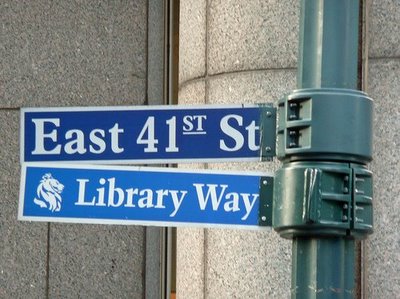 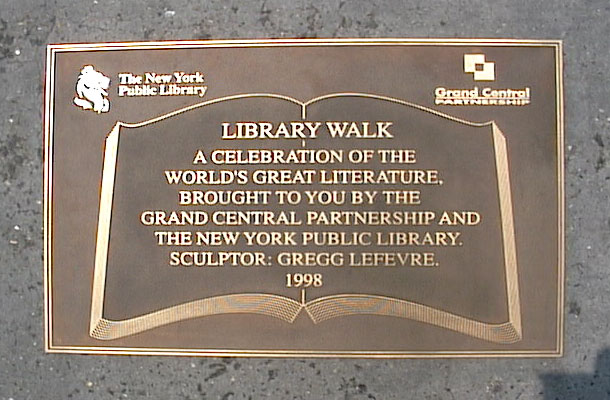 My Top 5 Library Way Plaques & how they lead to the Library:

1. Inspiration. "The reading of good books is like a conversation with the best men of past centuries"

Rene Descartes (1596-1650), more likely to be found in Poitiers or Neuburg than midtown, would no doubt relish his inclusion in Library Way, especially after exclusion in 1663 when placed by the Pope on the Index of Prohibited Books - in such stellar company as JP Satre, Simone de Beauvoir, Victor Hugo, Jean-Jacques Rousseau, André Gide, Immanuel Kant, David Hume, Francis Bacon, John Milton, John Locke and Galileo Galilei. By supporting the library we support the free flow of free speech and shared knowledge.

2. Solidarity. "There are only two or three human stories and they go on repeating themselves as fiercely as if they'd never happened before" - Willa Cather (1873-1947)

Cather was living in NY as the library was completed with her close friend Edith Lewis. Throughout Cather's life her most significant friendships were with women, at times she adopted the name William and wore men's clothes. Hers was a parallel with another 'human story' of love between two literary women: Virginia Woolf & Vita Sackville-West happening nearly simultaneously across the pond in England. Writing has often been the haven of expression for those living outside societal norms, and in turn the manuals of vision for social change are created (e.g Woolf's gender defying novel Orlando).

Former brave revolutionary leader of the Cuban independence movement writes on the work of Oscar Wilde, a revolutionary himself. Two revolutionaries from different worlds. In the Library we connect that ideals of liberty, freedom, individuality appear in International chorus, thus identifying their shared core in truth.

A New Yorker, Rukeyser studied at Columbia, and was famous for her use of poetry as a social protest. How many others must now sit in the Rose Room down the road from Columbia and attempt something similar? With the increasing atomisation of society into isolation through modern technology, to work in a room full of others, sitting with their stories too, can be far more spiritually enriching.

5. Illumination. "Information is light, information in itself, about anything, is light." - Sir Tom Stoppard (1937-) Night & Day

Tomas Straussler started life as a Czech child refugee escaping to Britain from the Nazis and is now one of brightest lights of contemporary English literature. A fervent defender of freedom of speech and humanitarian rights in his plays Sir Tom is president of The London Library.

Library Way on 41st is an inspiring and touching endeavor to introduce this extraordinary building. Diverse quotations to reflect the Library collection of 15 million items, among them priceless medieval manuscripts, ancient Japanese scrolls, contemporary novels and poetry, as well as baseball cards, dime novels, comic books, and political ephemera and tracts.

So if "the avenue they're taking you is 42nd St," make sure you arrive via 41st, no discouragement from literature, or chickens! 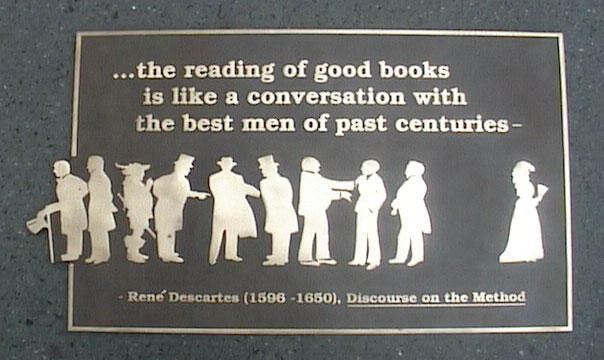 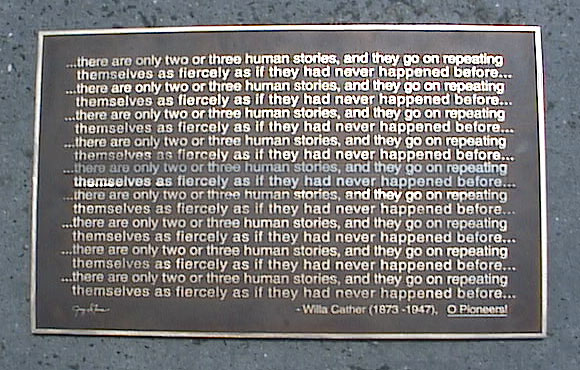 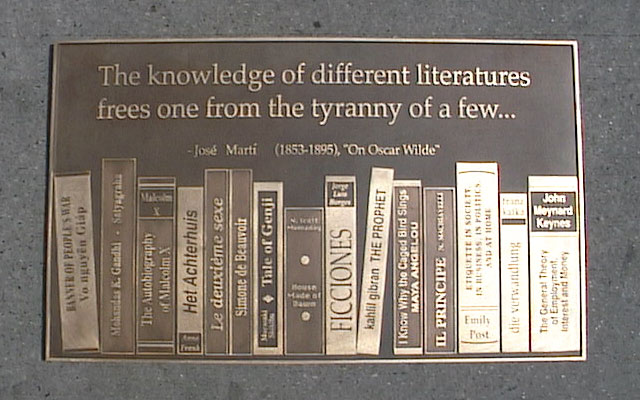 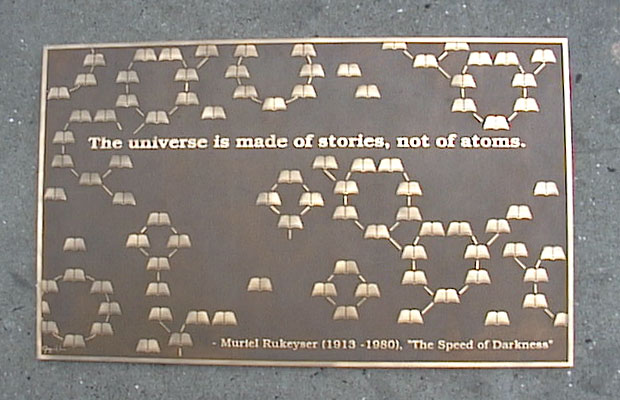 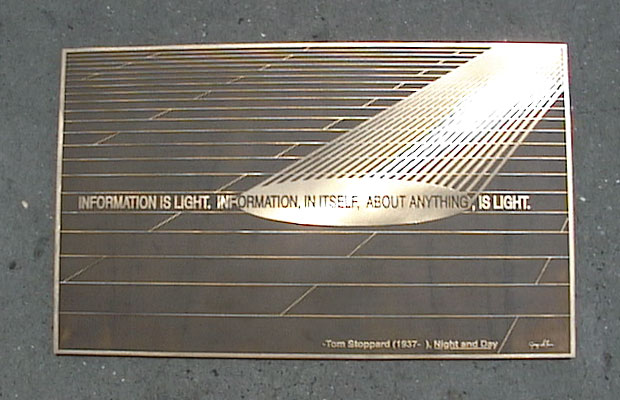