I walked into the Buck House in Los Angeles as I have so many times before, half-expecting John Knuth, Country Club's director, to greet me with a smile & offer me an iced tea from the kitchen to my right, but...wait...the kitchen was no longer to my right. Indeed, what had been the kitchen and the dining room was walled off by boxes, so instead I continued ahead into what was formerly a pristine, modernist exemplar, but could now only be described as a construction zone - replete with dirt mounds, cement chunks, and "potholes."

The confused expressions on the faces entering made their thoughts almost audible. "Was there an earthquake or a home invasion?" "Is the City demolishing the Buck House?" "Did we get the date wrong? Maybe the opening is next week?" Scenarios mushroomed in the mind as visitors hesitantly made their way into the house; that is, except those familiar with the work of Jonah Freeman and Justin Lowe and recognized the duo's signature style immediately - they entered with childlike eagerness.

The piece is called "Bright White Underground," and it has literally taken over every crevice of the once pristine, modernist Buck House. The crowd of fashionable ladies in their 3+ inch Louboutins attempted to traverse the rubble with grace - clinging to every available solid surface for balance, while the men were transformed into little boys, curiously meandering through the chaotic fun house - nothing short of a boyhood dream come true. Anxiety and disorientation abounded as the bedlam mirrored the effects of a hallucinogenic - which is no coincidence since the artists are keen on exploring LSD culture through their work and intend this installation to evoke the atmosphere of a 1950s CIA safe house for testing LSD.

Having been to the Buck House on several occasions in the recent past, I retained my bearings, despite the fact that not a single wall bore resemblance to the house as I remembered it. This more intimate knowledge of the house's architecture and floorplan made the contrast all the more striking as I explored the installation, carefully noting what painting previously hung here or what piece of furniture had been in that corner. Meanwhile, others struggled to find their way out of the madness, perpetually finding themselves down a "new" corridor (which they'd actually explored ten minutes before and didn't recognize).

It's an experience for which words fall short, but suffice it to say, get thee to the Buck House...

On view through October 30th at Country Club Projects at the Buck House, 805 S. Genesee Ave. 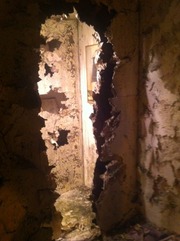 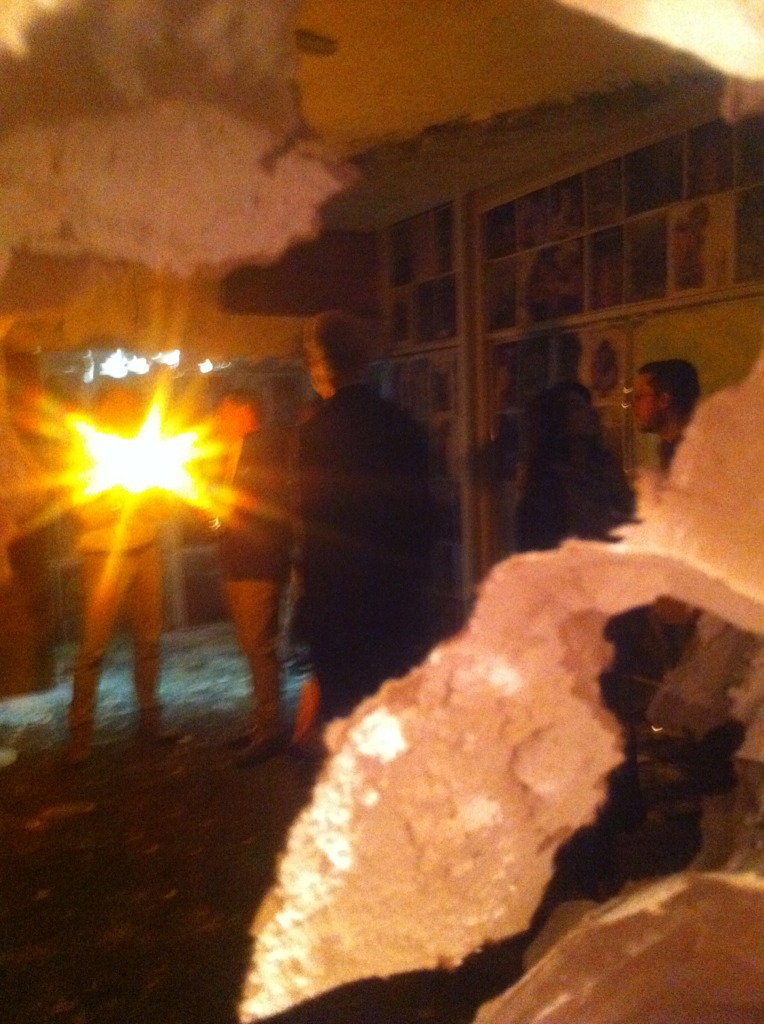 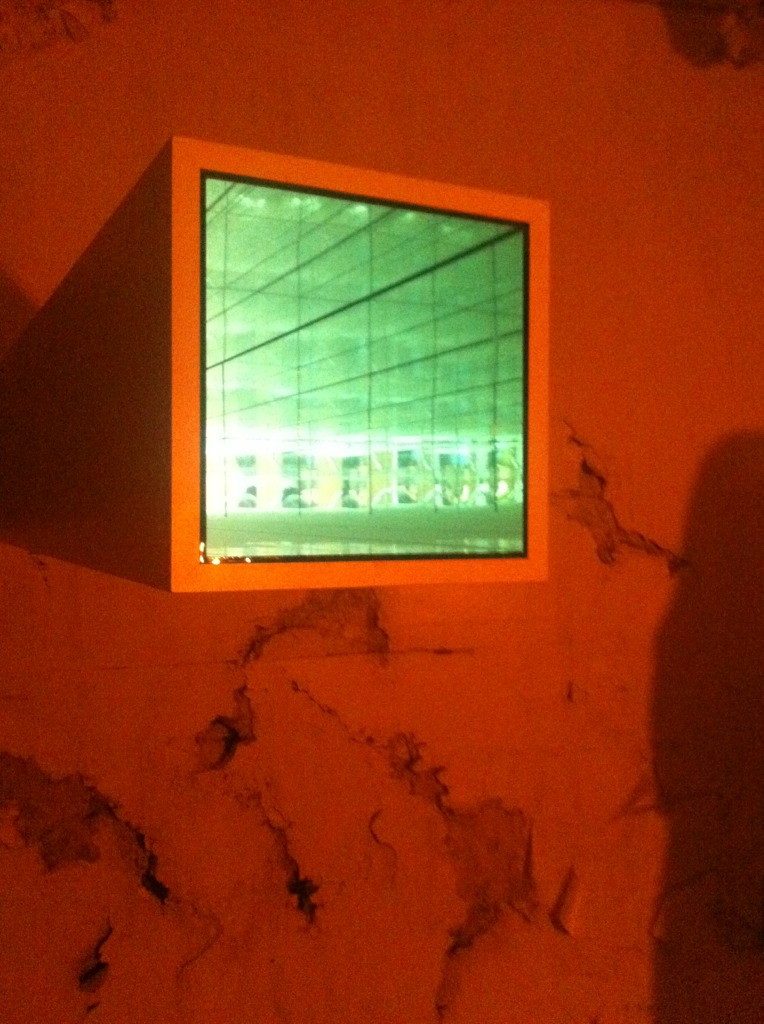 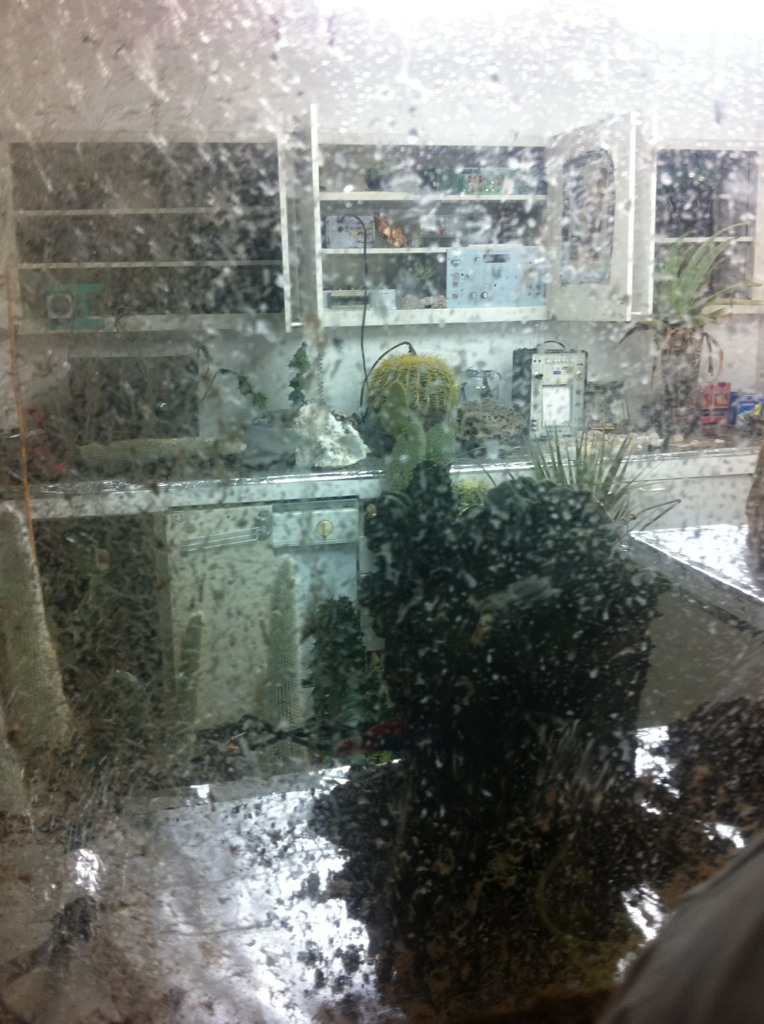