This Saturday, January 9, proves to be busy start for 2016 for the Los Angeles Art World. Some stand out exhibitions take place downtown, Santa Monica, Hollywood and in Culver City.

CB1 Gallery celebrates the art of Los Angeles based artist Paul Donald in a solo exhibition titled "Endymion Project." The New Zealand born and Australian trained artist is focused on his own alienation with the role of a white male in today's society. 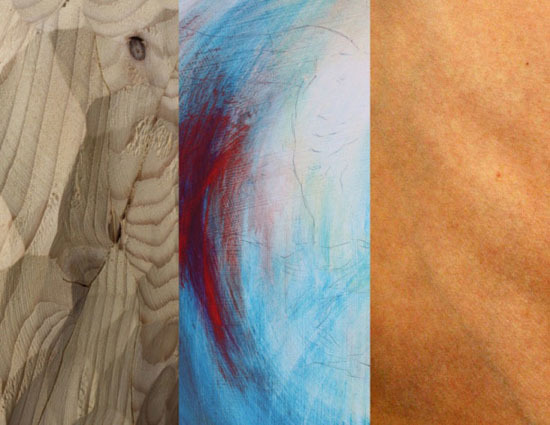 Inspired by Endymion from Classical mythology (who has been immortalized by European painter starting as early as the late eighteenth century), one senses the artist's identification with the vulnerability of his mythological counterpart.

"Endymion Project" will feature a live performance along with a group of objects that are meant to celebrate and obscure the naked white male body. Both the performance and exhibition are simultaneously inspired by the artist's ambivalence to his own white masculinity. Donald works in a variety of media, including painting, sculpture, video and performance.

The opening reception takes place Saturday, January 9, from 3 - 6 pm. Two other solo shows also opening are "My Head is a Ghost," featuring the art of Chuck Agro, and "Chris Oatey's "Snowmelt Paintings." The exhibitions will remain on view from January 9 through February 20, 2016. CB1 Gallery is located at 1923 S Santa Fe Ave, LA, 90021; http://cb1gallery.com 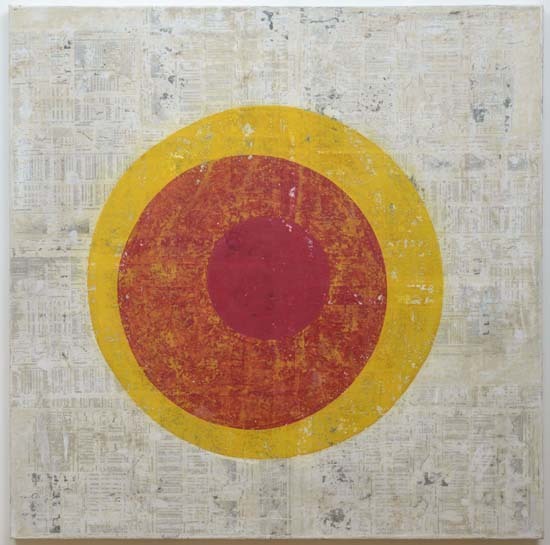 Hill's newspaper-collaged canvases offer an eclectic range of colors, such as a bright turquoise, luminous marigolds and shocking pinks.

In Culver City...at the George Billis Gallery, artist Bonita Helmer will be featured in a solo exhibition titled "Observed" this Saturday from 5-7pm.The exhibition features Helmer's abstract paintings and will be her fifth exhibition at the gallery. Helmer combines her attraction to science and the universe with her first love and preferred medium...painting. She is currently a teacher at Otis College Art and Design where she has been teaching art since 1998. 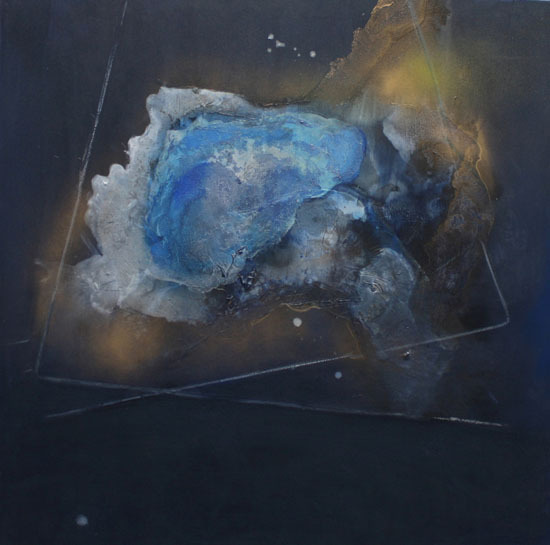 As a teacher, the artist recognizes the importance of learning, and has studied the origins of the universe via physics and astronomy at UCLA. In 2014 Exploration Institute invited Helmer (the sole visual artist) to be on the board. The Exploration Institute brings together astronauts, physicists, underwater researchers and more.

Albuquerque has traveled across the globe in search of a variety of materials. The art in "Embodiment" a form of rose madder (taken from lake roots), in addition to soft purple vesuvianite (originally found on Mt. Vesuvius) and pigments used in centuries-old Japanese painting technique called Enogu form the main gallery's palette. 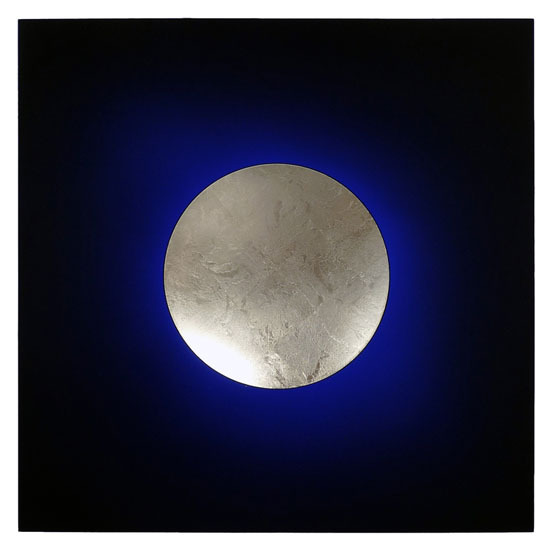 Albuquerque is known for her performance art and recently gathered several hundred participants to create a "performative sculpture" titled Spine of the Earth 2012, for the Getty's Pacific Standard Time Performance. She received the Cairo Biennale Prize at the Sixth International Cairo Biennale. Her work is held in the collections of the Metropolitan Museum of Art, the Getty Trust, the Whitney Museum of American Art, LACMA, and MOCA, among others. Albuquerque's exhibition, "20/20: Accelerando," opens January 24, 2016 (through April10, 2016) at the USC Fisher Museum of Art with a performance from 4-6pm and will run concurrently with "Embodiment." Artist reception takes place Saturday, January 9, from 6-8pm. Kohn Gallery, 1227 North Highland Ave., LA, CA 90038; http://www.kohngallery.com/