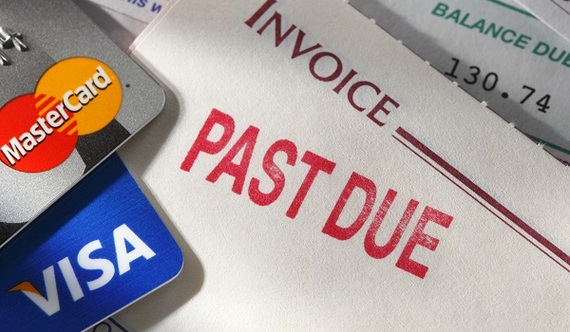 The end of the month has passed. Your credit card payment was due and other bills had consumed the cash you needed to pay your credit card bill. Unfortunately, your payment was late and you incurred an overdue fee. Have you considered asking for the late fee to be waived?

Those requests succeed more often than you might think. CreditCards.com surveyed 983 credit card holders and found that 28% of respondents had asked for forgiveness on at least one late payment fee. Those respondents were successful 86% of the time in getting the fee removed.

Your credit and payment history will likely affect the decision. If you generally have a good track record of payments, credit card companies are likely to cut you some slack.

Employment status doesn't seem to matter with respect to waiving late fees. The success rate was reasonably similar whether requestors were working part-time, full-time, or not at all. It's in the card issuer's interest to keep the cardholder in a position to pay bills and out of bankruptcy, and therefore they are willing to waive fees occasionally during hard times to do so. Another factor may be the increased competition in credit card issuers -- the losses from forgiveness can be paid back in loyalty to the card issuer.

If you can get a late fee waived, can you also receive a lower interest rate just by asking? The survey suggests that you can. Of the 23% of respondents that asked for a reduction in their interest rate, 65% of requestors were successful. While successfully removing a fee helps you in the short term, reducing your interest rate has long-term benefits if you carry a balance on your account.

The credit card issuer will review your credit history to see if your record warrants a lower rate, so make sure that it does actually merit an interest rate break. If you wouldn't cut yourself any slack, don't expect the card issuer to do so. Look over your own records for anomalies like overly large balances and whether you were late on any payments. As with late fee waiver requests, credit card issuers have incentives to keep you happy and paying your bills.

Check the policy of your credit card company before asking for a lower interest rate, because your request may be interpreted as an application for new credit. A new credit check could ding your credit score and be counterproductive. If you aren't sure, ask about the policy before inquiring about the rate.

Higher levels of income and education correlate well to greater success rates for both late fee waivers and lower interest rates. The survey found that requestors who made more than $75,000 were granted requests at a higher rate, as were college graduates. That's logical, as both lower income and lower education levels are considered to be risk factors.

Don't be afraid to ask for breaks from your credit card issuer if you need them. It's not often that we get any breaks in life without asking for them. Why should we expect creditors to act any differently?