Just because Star Wars takes place in a galaxy far, far away and we haven't yet mastered that kind of commercial space travel doesn't mean the mood of those places can't be captured here on earth. Taking what's known of the tightly guarded plot of The Force Awakens, the franchise's latest which opens December 18th, herein is a list of destinations with a certain Jedi je ne sais quoi. 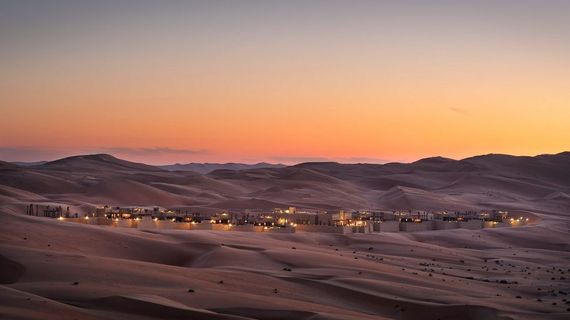 Abu Dhabi, UAE: Anantara Qasr al Sarab Desert Resort
Filming took place in an undisclosed location in the deserts outside Abu Dhabi, so staying at this Anantara resort is pretty legit. The hotel's fortress exterior would've blended in seamlessly on Jakku, where the character of Rey is introduced. She'd happily switch places with a guest here, particularly anyone staying in a villa which boasts butler service and a private pool. 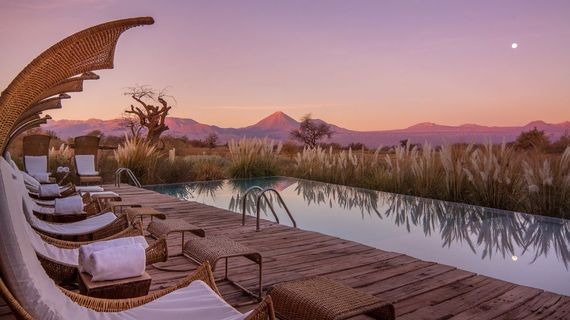 Atacama Desert, Chile: Tierra Atacama Hotel & Spa
Chile's Atacama Desert could easily stand-in for Jakku too; it is, after all, home to Valle de la Luna ("Valley of the Moon" for those rusty on Spanish). Sitting in one of Tierra Atacama's curved poolside chairs could feel a little like sitting in the Imperial throne. The simple, natural interiors of the rooms don't feel far off from what set decorators might choose for a young Jedi. 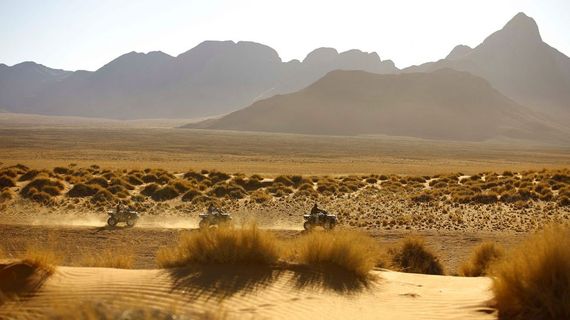 Namib Desert, Namibia: &Beyond-Sossusvlei Desert Lodge
Another desert stunner is Beyond-Sossusvlei. Its 10 villas sit on a private nature reserve that's open only to guests, making it feel like a galaxy away from everything stressful. While there's no AT-AT Walker, there are ATVs and hot air balloons for exploring the vast landscape. 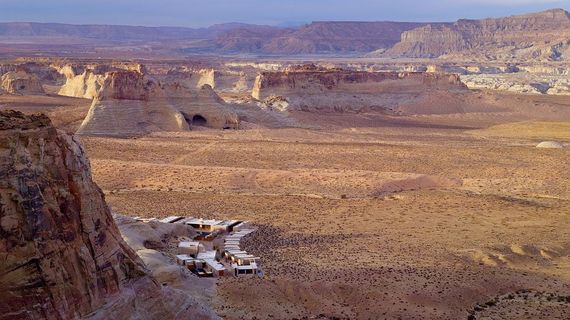 Canyon Point, Utah: Amangiri
Amongst the canyons and plateaus near the Grand Staircase - Escalante National Monument, Amangiri is an otherworldly oasis. If Jabba the Hutt were still alive, he'd live it up at the 34-suite property--cooling off in the pool and relaxing by the fire right outside his suite. Hard to picture him hiking, rock climbing, canyoneering or biking though, but guests do have the option. 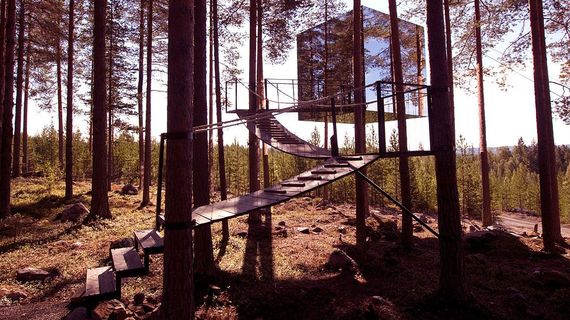 Lapland, Sweden: Treehotel
There's some kind of lush, forested setting in Stars Wars: The Force Awakens. A name hasn't been confirmed across the Internet, but it's reminiscent of Endor or Yavin 4 featured in previous episodes. Sweden's Treehotel, with its six suites perched up in the trees, evokes a Ewok village, albeit a little more modern. By the way, can they please bring back Ewoks? 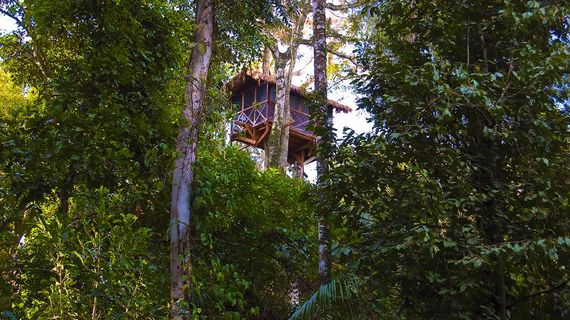 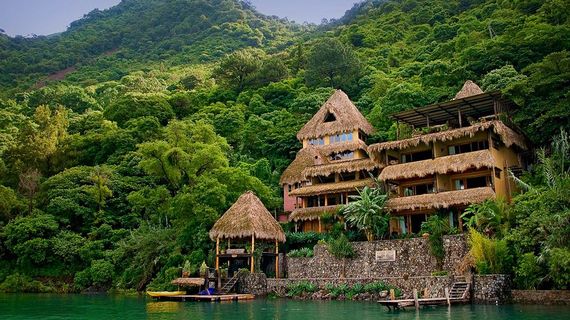 Lake Atitlan, Guatemala: Laguna Lodge Eco-Resort & Nature Reserve
Backed by a steep swath of forest and fronted by Lake Atitlan, the Laguna Lodge would give a front row seat to that overwater battle J.J. Abrams featured in the trailer. That is, if it were real and not a movie, but paragliding provides a similar rush. 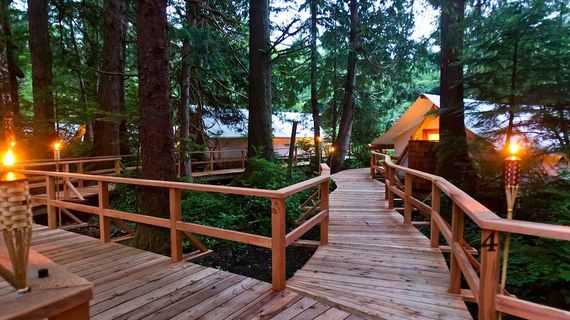 Vancouver Island, British Columbia: Clayoquot Wilderness Resort
Tucked into a quiet inlet on Vancouver Island, the Clayoquot Wilderness Resort could double as a rebel base, a pretty posh rebel base with an in-house sommelier and spa treatment tent. If only those rebels didn't have to keep resisting The Empire/The First Order/Dark Side, they could enjoy some horseback riding, whale watching and fishing. 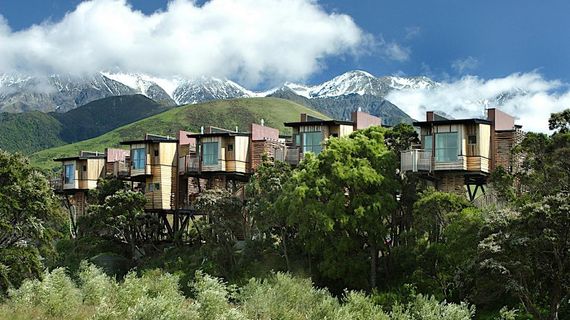 Kaikoura, New Zealand: Hapuku Lodge & Tree Houses
There are more wickedly cool tree houses to be found on New Zealand's South Island. Hapuku has five perched up in native Manuka trees (which all sounds like it'd easily fit within the Star Wars lexicon). These overlook a deer farm, olive grove, orchards and vineyard, not to mention the stunning Seaward Mountain Range and Mangamaunu Bay.

THE SNOWY MOUNTAINS OF STARKILLER BASE 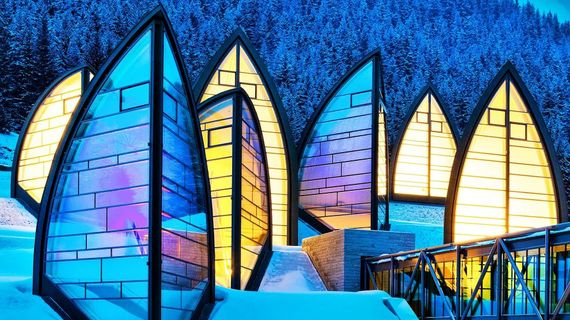 Arosa, Switzerland: Tschuggen Grand Hotel
Starkiller Base, where the First Order hangs, looks like a planet but acts like a Death Star. Regardless, I like what they've done with the place. With its glass sails jutting out amidst the Graubünden mountains, Tschuggen Grand Hotel fits the bill. Kylo Ren and Lord Snoke would probably paint everything black, but maybe a visit to the extensive, four-floored spa beneath those sails would, uh, lighten their mood. 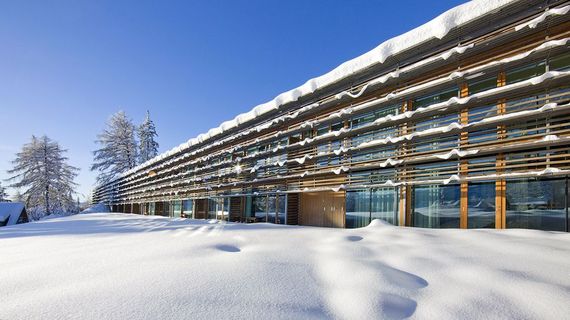 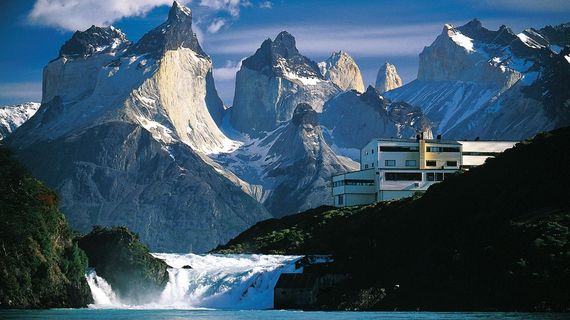 Patagonia, Chile: Explora Patagonia Lodge
The all-white building is so Storm Trooper, while the jaw-dropping Torres del Paine backdrop is very Vader, which all adds up to utterly cinematic. All that's missing from the scene is a Star Destroyer coming into dock. Explora Patagonia does have a catamaran to take you across Lago Pehoé though for a trek through Valle Francés.