It was early July. The sun was shining, the birds were chirping and everything seemed perfect. Little did I know that what I thought was good then, would soon be multiplied by 1,000 in a matter of hours. Climbing into the car, my whole family bubbled with excitement and eagerness, but most of all, nervousness. Our whole world was about to be flipped upside down, and we weren't sure how things would turn out. Finally, we arrived at the house, not a single cloud in the sky. The scariest part of the car ride was the anticipation of this moment, standing outside the door, preparing for the years to come. The door swung open, and then, perfection.

Every kid begs for a pet, whether it's a dog, a cat, a hamster or a fish. But I think that my dedication and persistence would be hard to beat by any standards. Starting when I was six, I was obsessed with the thought of having a dog. When I say obsessed, I mean obsessed. I constantly brought home research papers on different breeds of dogs, and why they would fit perfectly into our family. My parents probably thought that my dedication was cute. I don't think that they realized how far I would go.

After several years, I began to realize that research papers weren't going to work. Instead, I wrote letters. Since I was only eight, my persuasive writing skills were only mediocre, which made it a challenge to get my parents' attention. I remember spending hours making sure that each letter was neatly written, reasonable and heartfelt. Once I perfected a note, I would tiptoe up the staircase, sneak into my parent's room and drop it onto a bed pillow. Well, this method of persuasion didn't work too well either, so I began to move on to more drastic approaches.

My parents were always telling me that, in order to get a dog, I would need to prove my responsibility. I thought long and hard on how to show my parents that I had what it took to care for a dog. So, every single day, after school, I would stuff a small plastic baggy into my coat pocket and head outside for a walk. Stealthily, I would hold my hand in a fist, thumb on top, down by my side, as if I was clutching a leash. This went on for about six months, before I began to notice that my parents just thought that it was funny. It was not funny! I was trying to show my responsibility by actually being responsible and going for walks with my "dog," but they just didn't get it. I started to lose hope, but then I had a breakthrough: what better way to convince my parents to get a dog than to actually bring them face to face with one, where they would soon fall in love with it and we would all live happily ever after?

I decided that the Humane Society would be a sufficient place to start. I'm not sure how I did it, but I ended up getting my mom to drive us there. She insisted that we were "just looking," but I knew that there was always a chance. Sadly, she really meant what she said, and we left empty-handed and heartbroken. Honestly, for a while, I lost hope on ever getting a dog, until I made a friend who just so happened to have a Labradoodle breeder for a mom! I'm not sure how I did it, but I dragged my mom to her house, and we were so close to buying an adorable puppy, when we got cold feet on the breed. After this, I was sure that my dog days were coming to an end, and fast. But that all changed when some friends of ours got a mini dachshund puppy named Milo. He was incredible. I'm not sure how I did it, but I convinced my mom to go to the breeder with me. I told her that if we decided not to get one that I would never talk about dogs again, which was a big promise. Immediately, when we walked through the door, my mom knew, my sister knew and I knew, that this time we would not be going home empty handed.

After eight years of perseverance, dedication and commitment, my dreams were finally coming true. The door burst open, and out popped Oskar. He was two pounds and eight weeks old when we picked him up. Taking him home from the breeder was all a blur. Everything was changing. This was the day that I had been waiting for since first grade, and it was happening.

Now, my mom says that Oskar is one of her best friends. I'm not sure how it is possible to pack in so much joy into such a tiny body. He is happiness on a sad day. He is a cuddle when it's cold. He is a friend when you're alone. He is perfection. I can't even remember life without him. Oskar lights up the room with smiles and laughter. He gives me a reason to be excited to come home after a long day of school. Oskar is incredible in more ways than I can describe. Even though I spent eight years begging and persuading my parents to get me a dog, I don't regret one second of it, because without it all, maybe Oskar wouldn't be snuggled in my lap right now. 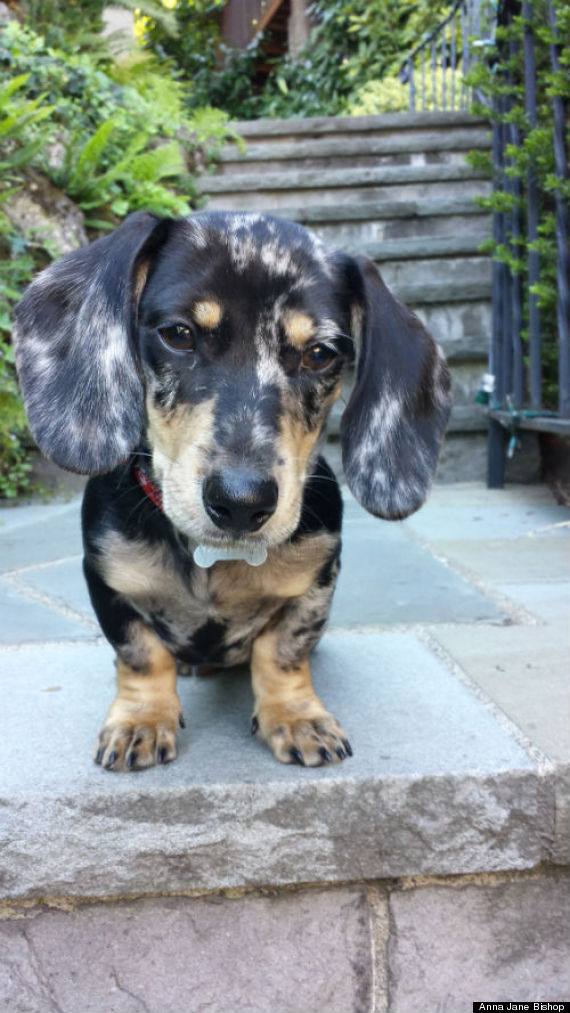