As an artist, I often seek out biographical stories to inspire me. When George Martin passed away recently, I was reminded of the book, Can't Buy Me Love: The Beatles, Britain, and America by Jonathan Gould. It is a master guide for learning about the creative journey.

It describes the depth of creative leaps taken by the Beatles, their music arranger George Martin and their manager Brian Epstein, and it reveals how they went beyond all boundaries, and often made things up along the way. You might say all six of these men did not know exactly what kind of journey they were on. 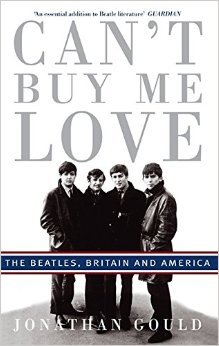 The stories are engaging, such as one where George Martin cut up strips of recorded organ music with a pair of scissors, tossed the pieces on the floor and then randomly taped them all back together again. He used this patchwork to create the song "For The benefit of Mr. Kite."

The author spent twenty years researching the history of the Beatles and he doesn't rely on hearsay or people's changing memories. Instead, he goes back to historical documents, such as the articles that were written when the Sgt. Pepper's Lonely Hearts Club Band album was released. This album broke new territory in the music world and the jazz community started recognizing rock music as a serious place for artistic expression. Soon jazz publications, main stream magazines and international newspapers were all writing about this album as a revolution in music.

The descriptions of the social climate the Beatles lived in is very vivid. During this time there were British political scandals, American racial issues, fashion shifts, the London mod movement and the Vietnam war. Many people are unaware that the Beatles got their start by playing six hour music sets in foreign bars where they couldn't speak the language, and often slept on the floor next to the bathroom.

And because the Beatles didn't have a clear vision of how to succeed in the music industry, they were lucky that Brian Epstein, a local store manager, wanted to be more involved in the art community. He offered to manage the band even though he had no experience. Like something out of a Bizarro comic strip, he used his family furniture store contacts to get a recording session.

As an artist, even with all my dazzling technology, it can still be convenient to give up on a project when things get hard. A more successful approach might be to do what the Beatles did: Try everything with nothing. They persisted among the craziest, most discouraging situations they faced.

I believe their journey is also a road map for a designer's journey. What I learned from this book was: Don't always expect to know where you're going because you might be creating a new path. The long and winding road...it's getting better all the time.