I was recently invited to give a talk in my home city of Valencia, Spain. The topic was 'Getting comfortable with the uncomfortable' and was very apt given that at least 60 in the audience were on the second week of a Remote Year. What's that I hear you ask?

Remote Year is a young company which has grown exponentially in it's short 2-year lifespan. Basically it works like this, you sign up to travel the world with a group of like minded 'digital nomads'. You spend each month in a different country. The group I met started in Spain and will travel their way east around the world to such places as Serbia, Cambodia, Argentina and so on. You pay a fixed fee upfront (to cover basics I imagine) and then a monthly fee for every month you travel. In return, all of your travel, accommodation and co-working spaces (in every location) are organized for you. You even get given a SIM card! 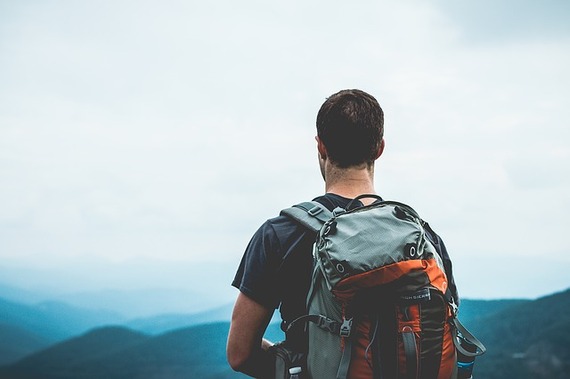 I'm a keen traveler, I've made it my personal ambition to travel to every single country in the world or die trying so it was apt that I had a chance to speak to them on the other side of their fresh and brave step into the unknown. It's common for us to wobble even after we've taken action, but by then at least you know you've made the most difficult part happen - the first step. It's no mean feat to conquer your own inner fear.

We are pre-programmed to actively avoid discomfort, to pay attention to our insecurities and to heed fear. Why? Because it keeps us alive. This is the negativity bias in action. Mankind has lasted for generation after generation by focusing on the potential threats, risks and 'what ifs' and acting accordingly. It's a fundamental survival technique ingrained in us. BUT it does not account for, neither adjust for, the fact that we no longer have predators and it is uncommon to be in situations where our lives are under threat.

What's more likely these days is that our survival response and fear centre (amygdalae) kicks in when we dare to think about quitting our job. When we consider moving to a new country, changing careers, leaving an unhappy circumstance. We are naturally resistant to change because change means uncertainty and uncertainty (in the past) increased our chances of premature death.

So what can we do about it?

Well first of all we need to acknowledge what we're feeling, recognize that it's a primal response and that it doesn't mean we actually are under threat. Ultimately, we need to get used to the feeling of fear and uncertainty. We need to bathe in the uncomfortable.

I once attended a conference where Dan Sullivan recounted a story from his days in the Vietnam war. His troop had to do some grenade training. They were shown the night before and expected to practice with live grenades the following morning. You can imagine how well they slept that night!

The next morning the platoon leader asked for those who weren't afraid to raise their hand, everyone except Dan put their hands up. He then declared that Dan was the only one he trusted as they all SHOULD be afraid. For being honest his reward was that he had to go first- yikes! He stepped forward, shaking (let's remember these are LIVE grenades) and threw the grenade. Everything went as it should. The Sargent major asked how he felt before throwing the grenade, Sullivan said 'like pissing my pants' and the Sargent major declared that was the difference between those who feel fear and the brave. The brave do what they have to do WITH wet pants.

That's exactly the point I want to make.

Bravery is NOT the ABSENCE of fear. The brave feel the fear, the uncertainty, the doubt, but move forward in spite of it. They do not let it be a reason to not move forward.

You see if we all waited until the 'right time' until we felt comfortable, confident, 100% capable, we would be in our rocking chairs before we did anything. Indeed, millions of misinformed people have been sold the wrong dream. Many in the first world (particularly North America) believe the holy grail in life is 'security', a life long job and the accumulation of 'things' instead of the collection of experiences. This has largely been handed down from the generation before them born into a post-war world (when such aspirations made sense). Indeed you may wonder what's to question. I reject this capitalist dream that keeps you 'safe' and in one spot because it sells us 'comfort' as the end goal.

The most rewarding and amazing experiences, journeys and learning you will gather sit at the other side of fear and uncertainty. Possibilities, opportunities, lifestyles that you can barely conjure up in your imagination are OUTSIDE your comfort zone. When you stay in the safety of 'comfort' you are playing a small game in life. Palliative nurses site the number 1 regrets of the dying to be - I wish I had the courage to live the life true to myself, not the life others expected of me. Maybe we should listen to the wisdom from the grave.

I want you to use your imagination now, I want you to picture the scene....you are standing on the edge of a cliff, the plan is to jump into the blue ocean below, part of you is exhilarated by the anticipation of it all, but you have uncertainty, you know it will be an adrenaline rush, but you don't know what it's going to be like until you do it. You have doubts, you're torn, much as in life. So you pace, you walk along the side of the edge looking down. You retrace your steps again looking down at the fate below. You walk up to the edge and quickly walk back. You think yes, then you think no. 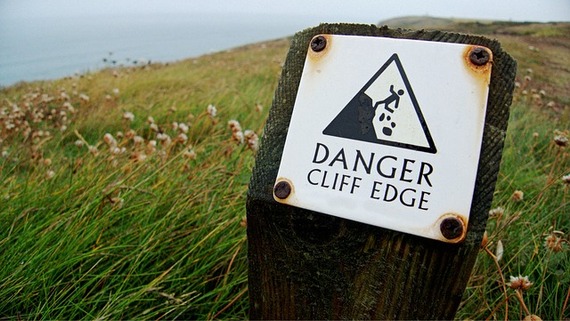 The cliff is an analogy for the big decisions in your life (and for some maybe ALL decisions in life). There are people who well spend the majority, if not all of their life on the edge of that cliff thinking 'what if..?' Then there are the brave and the bold who, whilst still having the same doubts as the others, at some point they muster the courage and JUMP. That moment, the point of jumping, is as uncertain for the jumper as it is for those who don't jump. The difference is that they feel the uncertainty and jump in spite of it.

Which is it to be?