Resolutions, reconciliations, and amends: A new year brings fresh opportunities for ascension in wisdom. Everyone has a change story. Here's mine. 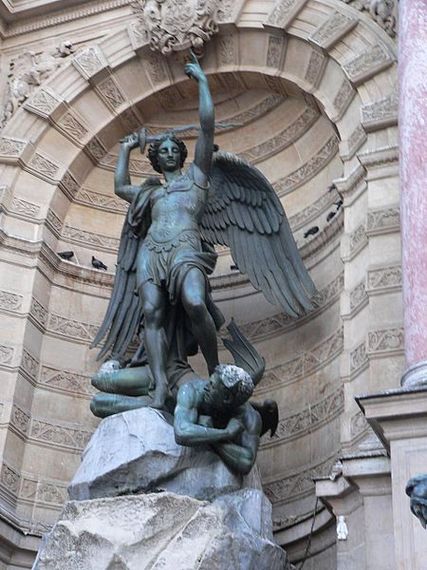 "Folks, some rough turbulence ahead."

When the flight attendant sped down the aisle and barked at me to stow all electronics, she didn't wait to ensure compliance before scurrying away and buckling into her jump seat. Soon, a potent gust of air slammed us down what seemed like 100 feet.

"Dios te salve, María, llena eres de gracia..." Head bowed, the lady next to me began reciting a Hail Mary aloud in Spanish. As the airplane battled the powerful winds, I folded my hands and closed my eyes, following my neighbor's lead.

Finally, the tempest quieted. The plane stabilized, and the captain's soothing words seemed to reassure most of the passengers -- but my anxiety level had just begun to skyrocket.

Something was terribly wrong, but not with the aircraft. While most people had been hoping for a safe landing, I had prayed for a crash.

Suicidal thoughts had always haunted me. As a child, I avoided standing too close to the edges of balconies, worried I might hurl myself over the edge. As an adult, years of therapy had given me insight into these destructive thoughts. Some were apparent: I was 40, childless, single, and though blessed with a wonderful family and many close friends, I felt disconnected, like an alien creature on my own planet. But the root causes of my morbidity were more deeply entrenched in my psyche.

When I was in the first grade, my hard-drinking father threatened to kill my family. Forced into hiding after the divorce, we donned assumed names and lived in perpetual fear, despite the fact my mom remarried a sweet, protective man. To have deserved this kind of treatment, I must be deeply flawed.

And even though I had been openly gay for many years, the lingering shame from growing up queer in conservative Texas had me questioning my right even to exist. During one desperate moment in my twenties, I placed my mouth around the barrel of a loaded revolver. The metal felt cold, forbidding -- and permanent. A sober second revived my sanity, and I put the weapon down. I swore then that I would never take my own life, but the existential question still remained: How to enjoy being alive?

By the time our plane had landed in Los Angeles, I resolved to make changes even if it meant running through my retirement savings. I wanted to believe I was worth it. When I returned to New York City, I gave eight weeks' notice to my corporate job as a senior television executive and leased out my Chelsea apartment.

I thought of the Joseph Campbell injunction to "Follow your bliss," but felt so lost I couldn't imagine what would make me happy. The idea of "beauty" I did understand, so I headed to the most enchanting place I knew: Paris.

My arrival in France coincided with the Fête de l'Ascension, a national holiday commemorating the day Christ left the earth for heaven. The Parisians, however, seemed anything but pious. Late into the evening the streets were still full of bacchanalia.

Earlier in the day I had gotten disturbing news from the company I'd just left. One of my hires, an amazing talent, had been dismissed as soon I left the country. Not because of poor performance or even insubordination, but for political reasons.

Thoughts of rage ricocheted in my head. The firing wasn't fair and I was powerless to help. I started to feel acute pangs of loneliness and decided to head to the gay district, Le Marais. A flirty English-speaking bartender with big biceps told me about a party at La Scène, a club in the Bastille. The location was so obscure that my taxi driver had difficulty finding it, even using a GPS.

I arrived early, and the club was empty. Uneasy with my solitude, I ordered a beer, then several more. In New York I would have felt less alone. By the arrival of the crowd, I discovered myself inebriated in a world of florescent colors and psychedelic music -- a rave, full of hot men seemingly high on Ecstasy. I chuckled. It was just like home in Chelsea.

With my Bobby Flay looks and "New York Boxing Club" T-shirt, I screamed American. Soon, a Frenchman wanting to practice his foreign-language skills bought me a vodka tonic. We danced to the wild music, and as we started spinning, so did the room.

Now feeling dizzy from the alcohol, I stumbled toward the exit. A muscular bouncer stood guard at the wooden door and stared at me -- the last thing I remember as an opaque curtain descended over my vision, and I blacked out.

When I came out of my stupor, I found myself squeezed into the backseat of a two-door car filled with strangers -- a pair of black-veiled women and their male companions -- Maghreb, French citizens of North African descent.

"Only a bad dream," I told myself and shut my eyes again.

But when the youth on the other side of the backseat began screaming in Arabic and shaking his fists at me, it was clear this was no mere nightmare. I was in serious trouble. My breath became labored. The young man stopped his frothing and tried to pass me a joint. I shook my head.

How did I get here? Maybe they had seen me struggling to get home and offered a ride -- Good Samaritans for the late-night crowd. Maybe they yanked me from the street. I had no idea.

We had been slowed down by traffic on a bridge crossing the River Seine. I recognized the statue of Saint Michael, the seraph's outstretched arms welcoming passersby at the plaza that bears his name. Realizing my rented flat off Boulevard Saint-Germain lay within walking distance, I used my terrible French to ask to be let out. They refused.

"I want out now!" I yelled in English. My captors shouted back at me.

Desperate, I reached forward to find the handle to open the car door and flee, but the driver pounded my arm. The other man reached around the woman between us, pulled me toward him and began pummeling. Blood ran into my eyes.

The guy behind the wheel hit the accelerator, racing through stoplights on the Left Bank. I prayed a gendarme would pull him over and save me, yet soon we were speeding onto a highway leading to the outskirts of the city.

A flash of clarity hit me. If I wanted to end my life, I could do nothing and have my wish. To survive, I had to act.

Afraid of the consequences if they managed to drag me to the countryside, I decided to jump from the moving vehicle, even if it meant severe injury or paralysis. I chose life over death. No matter what.

I found the latch again, but this time I succeeded in opening the door. I jammed my black cowboy boot through the crack and felt a waft of cool mist, which energized me. The driver kept banging the door to get me to remove my foot, while the goateed man in the back seat hammered me with his fists.

When the car pulled over to the side of the highway, I shoved the bucket seat in front of me, pushed the door open, and ran. Lights from suburban houses on the far side of the shoulder beckoned. Maybe I could make it to safety. But the grass was slick -- and I was still drunk.

I fell on my hands and knees when the men tackled me not far from the car. I tried fending off their blows, but to no avail. My lip split open. A bitter taste of dirt and blood flooded my mouth. They pulled me out of a protective fetal position, rifled through my pockets and took my wallet. Before leaving, the duo left me with kicks to my face.

Crawling to the nearby road, I searched for help, but it was still dark. Rain began to fall as I spied a bus stop. Struggling to the structure, I moved underneath to protect myself from the growing downpour.

The sound of tires rolling through water alerted me to a nearby taxi and stirred me out of my daze. I cried for help and ran into the street, but the chauffeur raced away. No wonder. I looked down. My clothing was stained sanguine and muddy brown.

Returning to shelter, I waited. After daybreak, a garbage truck groaned to a halt around the corner. I felt numb and didn't move, but workers came over and stayed until the police arrived. The officers took me to a hospital.

Once in the safety of the emergency room, I passed out from shock during the X-rays. When I awoke, I was seated alone in a wheelchair, caressed by the two silvery wings of a Mylar thermal blanket. Afternoon sunlight streamed through an endless row of windows in the long white corridor; its luminescent reflection on the floors and walls made my surroundings seem celestial. Perhaps I had ascended to the afterlife.

A sob left my lips, and my body convulsed from joy.

Later that day, the hospital released me. When I got to my apartment, a glance into the mirror reflected back swollen cheeks, bloody stitches and a bruised body. I saw my part in the story: My drunken evening had been foolhardy. I swore I'd never get drunk again.

Shortly before my departure from Paris, I found myself at the Place de Saint-Michel standing before the famous statue of the archangel. Michael does not, as I thought during the kidnapping, hold his arms aloft as if to embrace the world. Closer inspection showed his left hand points skyward, while his right wields a mighty sword -- an apt analogy to life. Our choice is clear: Either evolve and ascend in loving ourselves -- or suffer.