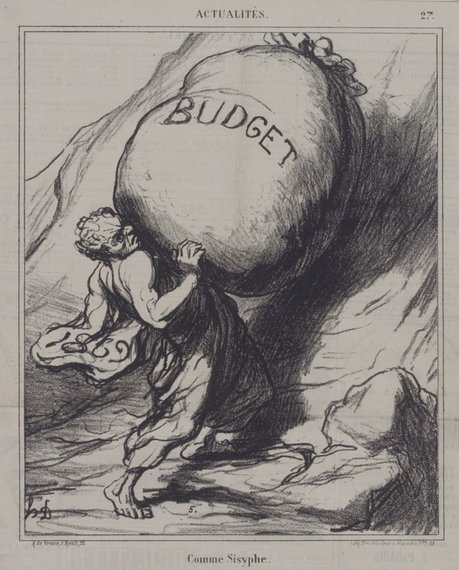 Have you ever participated in a penny poll? Around tax day, some activists stand on street corners, in libraries, or in places of worship with empty jars and a pile of pennies. The jars have labels that represent portions of the federal budget. You pay $1 and are given 100 pennies. Then you allocate based on where you want your tax dollar to go by putting pennies in the jars.

If these are your choices, where would you put your pennies?

Where do you think most people put their pennies? Election year polls regularly cite education as being in the top three priorities identified by almost all voters. What percentage of the budget do you think goes to education?

Often, people believe that a huge chunk of their tax dollars go to foreign aid. In fact, spending on humanitarian aid, disaster relief, development and diplomacy -- those things that thwart the seeds of violent extremism and help us prevent wars -- is just 1 percent of the federal budget.

What if you knew that spending on wars and weapons and other "national defense" items was 16 times higher than foreign aid? Would you change how many pennies you allocate to the Pentagon? Studies show that living in terror allows us to throw money at whatever we believe might protect us. It kind of makes you wonder if fear mongers are counting on that war budget going up and up.

Certainly, this way of looking at the world is nothing new.

During the Cold War, we threw money at building nuclear weapons. The United States had over 30,000 nuclear weapons at its peak. Today, we have significantly fewer but still far too many -- approximately 7,000 in the U.S. inventory, some on hair-trigger alert. Further, the United States continues to spend approximately $25 billion on these weapons annually and will spend around $1 trillion over the next three decades to sustain, replace, and modernize these aging systems.

But military experts and political leaders are realizing that nuclear weapons are of waning value in the 21st century. In fact when it comes to one of the biggest threats -- nuclear terrorism -- overspending on an overkill U.S. nuclear arsenal adds to the problem and makes us less safe.

This year, Republicans are taking advantage of Americans' concerns about serious global threats in order to abandon fiscal discipline at the Pentagon. In March, the House and Senate included in their budget resolutions about $90 billion for the Pentagon's slush fund, known as the Overseas Contingency Operations account. This war slush fund has been the Pentagon's escape valve for over a decade, allowing for more Pentagon spending on things even if they are not even related to war spending. But this year, congressional hawks are more open about using it to evade the restrictions of the Budget Control Act's spending caps. Keep in mind that $90 billion is well above what is needed for operations in Afghanistan, to fight the Islamic State, or to counter other emergencies.

Congressional defense hawks believe that the Pentagon deserves special treatment. Rather than spending discipline, the billions wasted on contracting mismanagement and major weapons acquisition cost overruns are rewarded with billions more doled out. Never mind that well over half of our discretionary budget goes to Pentagon spending, or that the Department of Defense is the singular agency in the federal government that cannot conduct an audit.

This type of favoritism has real consequences. There is no comparable relief for crucial investments in education, roads, rails and bridges, and other programs that create jobs and keep our economy strong, competitive, and secure.

Sadly, not enough people take the opportunity to reach out to their elected officials to express their budget priorities. Our elected officials make decisions that impact almost every sector of our lives. And they use our taxpayer dollars to do so.

There is no reason to be apologetic about stating our priorities to our members of Congress. We have our own personal budgets and have very strong opinions about how we want to spend our money. Some of that money is what we pay in taxes, so more should speak up about how it should be spent.

A great muse once said: "This is slavery, not to speak one's thoughts" (Euripides, The Phoenician Women).

We are what we spend. If we let the Pentagon consume the largest part of our discretionary budget, then we give license to be defined in those terms. We will continue to address global problems with bombs rather than diplomacy. We should not be satisfied with that. I would rather put my pennies, and my voice, where my head and heart is: with unmet human and environmental needs, at home and abroad.