I thought I knew everything there was to know about getting published: How to write the perfect pitch for my book. How to write to write a query letter to agents and publishers. How to find an agent, a publisher a publicist, a market -- a reader. You get the idea.

I also thought that the whole point of writing a book was to reach thousands, maybe tens of thousands of readers, with nice royalties pouring in as the icing on the cake.

I thought I'd never need to read another how-to-get-published book. I've got a whole shelf of them in my writing room, btw, marked up in pencil and ink and bristling with annotated sticky notes, books with names like "How to Write a Book Proposal," "Thinking Like Your Editor," and "Platform."

Then along came Brooke Warner with her latest book "Green Light Your Book: How Writers Can Succeed in the New Era of Publishing" (She Writes Press, 2016).

I bumped into author and book by chance at the Bay Area Book Festival in Berkeley a few weeks ago. I bought a copy as a courtesy after chatting with Brooke. A few days 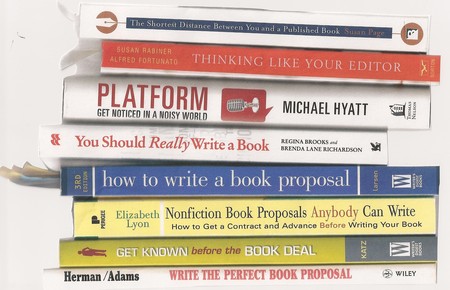 later, I took a peek at it over breakfast and I couldn't put it down. Hours later I was still reading, still in my PJs.

It turns out that the world of book publishing has changed dramatically -- since I first set my sights on writing a book. And since I bought my first how-to book ("The Shortest Distance Between You and a Published Book" by Susan Page) back in 1990-something. And even since I first signed a contract with Patheos Press for "Wrestling with God" in 2013.

Getting Published Is Easier Than Getting Discovered

Susan Page's book served me well when "Wrestling with God" was still a gleam in my eye. But the publishing world has since been turned upside down -- thanks to online book retailers like Amazon, thanks to ebooks, and thanks to the recent surge of self-published books.

Now, getting published is easier than ever. Getting your book discovered -- not so much.

Here's what Brooke has to say about he fast-changing state of book publishing these days:

Getting Published Today -- The Take-Away

The take-away: if you really want to turn that gleam in your eye into a book, there are lots of people out there willing to help make it happen -- editors, designers, publishing outfits, publicists, people like Brooke Warner -- for a price.

Will you find enough readers to pay for your time and cash investment? Maybe, maybe not. Which makes this the new bottom line: Do you care if you make money on your book? Do you care if only a few hundred people read it?

More about writing at "Tulips and Sex -- Writing as If Everyone I Know Were Dead." And more about books at "Heather Donahue -- How I Got Hooked on a Pothead."

"Platform: Get Noticed in a Noisy World: A Step-by-Step Guide for Anyone with Something to Say or Sell," Michael Hyatt, Thomas Nelson, 2012.

"Thinking Like Your Editor: How to Write Great Serious Nonfiction -- and Get It Published," Susan Rabiner & Alfred Fortunato, Norton, 2002.

"You Should Really Write a Book: How to Write, Sell, and Market Your Memoir," Regina Brooks and Brenda Lane Richardson, St. Martin's Griffin, 2012.