On day one, the event coincided with the Variety Entertainment & Technology Summit with Keynote speaker Michael Eisner, founder of The Tornate Company. The former Disney executive told the audience that he never underestimates Google. He believes that Google TV will be a success.

The overall theme was that social media, iPhone mobile apps, and iPad tablet apps are an absolute must for both the entertainment industry and the brands. It was said in the Advertising Roundtable that social media authenticity for Conan O'Brien has made him a modern day icon. It suddenly became cool to get fired and get 40 million dollars. 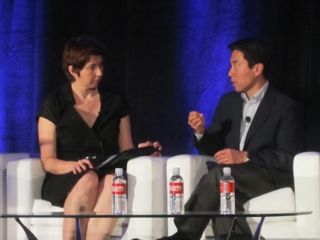 David Eun, AOL's President, Media and Studios says he sees AOL as equal parts technology and media company. Dana Harris, Editor, Strategic Projects at Variety who interviewed Eun, told the group that AOL was the training wheels for the web in 1994. Now, you have a grown up version of it. Eun calls AOL a turnaround and said, "The only way to be successful is to act like a start up."

The day ended with a special presentation by Babelgum Comedy who announced their partnership with Upright Citizens Brigade (UCB). UCB will produce and deliver 12 exclusive videos a year to Babelgum's audience starting today.

Babelgum's "Sex and the Austen Girl" webisode star Fay Masterson talked about her romantic comedy series where two young women, one from 1813 England and the other from present time in Los Angeles, switch bodies, time periods, and lives. 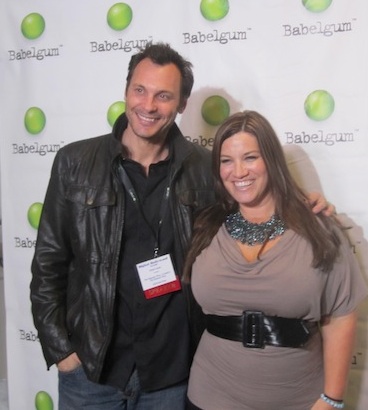 A green carpet reception followed the panel along with the traditional end-of-day poolside reception.

Digital Hollywood will continue through October 21, 2010 focusing on the smart phone, tablets and video as lifestyle choices. The Hollywood Content Summit will be held on October 19, 2010 during the conference.