Many people are fans of the famous "Getting Things Done" series of books and workshops on time management, and there are lots of very powerful tools in that methodology to be certain. Quite apart from actually getting things done, many of us have more things to get done than we have hours in the day. Have you been recently promoted, or had new job responsibilities added, or put on a new project team in addition to what you were already responsible for? Welcome to the club. 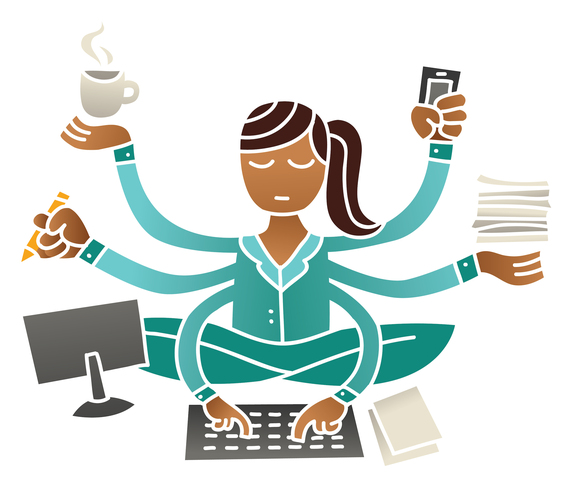 Contrary to popular belief, you do not get ahead and become successful by sacrificing sleep, exercise, family and friends. So how do you manage expanding responsibilities when you have no more hours in the day?

One of the most critical skills to master as a fearless leader is to figure out which things are most important to get done.

A client I met with recently had just been promoted to a new level of responsibility, and had also been given the job of recruiting a level of management reporting to this new position. She was so busy "doing" the new job and many of the tasks and projects associated that she was finding it really hard to move forward on recruiting. However, not recruiting would mean she had to do the tasks herself for longer... Quite a vicious circle. In her case, the hiring of new people was an important but not obviously urgent task that kept falling to the bottom of the pile whenever the phone rang (or really when the emails came flooding in).

We spent some time analyzing how she was spending time, and how she would solve the problem of being overly busy. We worked out how much time she really needed to spend on the recruiting effort (less than she thought), and the training effort to delegate some tasks (also less than she thought), and how moving that forward would have huge positive impact in the near term. We also worked out the consequences of letting those crucial tasks get delayed, and what else was being held back by not having those jobs filled and by keeping some lower level work. It became apparent that recruiting and delegating was not only important, but also very urgent, and she set herself some deadlines and calendared time to work on getting people hired and moving some tasks to other people.

When you are in the middle of your day, sometimes it is hard to see what is truly important. Start with a vision of where you want to be in 6 months, or 5 years (or anywhere in between), and think about what will be truly critical to staying on that path. How will you make sure you are spending time on those critical items rather than your inbox or smartphone or meetings? Know that adding critical tasks to your day also involves letting go of something. What will you stop doing, or delegate, or delay? Which tasks or uses of your time are not helping you create your future vision? Those are the ones you need to consider eliminating to make space for the truly important.

Fearless leaders align their time and resources with their vision, and get the "right" things done, not just the things that are in front of them.