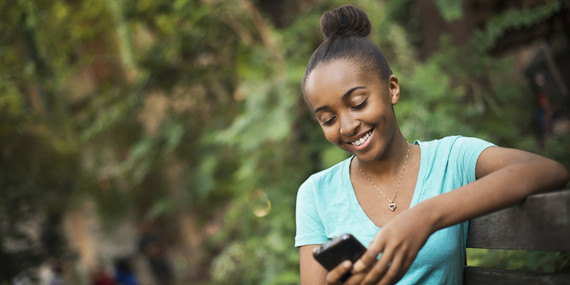 As the mainstream media continues to suffer from what many would call an "issue-attention cycle," stories about the black community have failed to receive legitimate news coverage they deserve, leaving many black voters searching for a voice. With state-sanctioned violence and police brutality at an all-time high in communities of color, and with discriminatory and downright bigoted bills popping up in state legislatures throughout the country, African-Americans are searching to be informed, empowered, and heard in their communities and the media.

With so much at stake in this election for communities of colors, PushBlack was created to fill the void. Started in 2015, PushBlack is a young, progressive organization looking to provide black voters with the relevant stories from their community while encouraging them to get to the polls on election day. While the percentage of African-Americans registered to vote currently stands at about 66%, PushBlack is working to increase this number by informing black voters about the specific issues and stories relevant to them. As the country's first mobile-based black civic engagement group, PushBlack utilizes cell phones and other smart tools to connect with their subscribers and to inspire political participation within the black community.

In an exclusive interview with Huffington Post Black Voices, PushBlack Cofounder Darrell Scott detailed the organization's plan for empowering black voters. "We've always been interested in how we can recreate the media sources that the black community had during the civil rights movement," he said. "We see our text service, PushBlack Now, as a powerful and effective addition to many of the prominent black media outlets communicating with our community."

Through extensive research and constant surveying of the news, the PushBlack team compiles the most noteworthy and important stories from the black community, and creates clear and concise content for their subscribers.

"Texting has the highest engagement rates and is the only media channel that has been proven to impact voting rates," says Scott, "through PushBlack Now we bypass all the noise from social media and mainstream news, giving our subscribers a clean, intimate experience through text messages."

With already close to 5,000 subscribers, the organization is hoping to grow to 100,000 before the election. PushBlack also hopes to further develop their research on text message outreach and to share this information with other organizations working to expand political participation in the African-American community.

"Our goal is to become a utility for black organizing groups as they work on increasing voter participation," says Scott. "We're pioneering this tool for voter engagement with the hopes that we will make a difference. If we can increase black voting in this election cycle, we will have a story to tell."

PushBlack plans to use their texting service to offer a greater voice for the black community, and provide a helping hand to many of the organizations and initiatives focused on turning out black voters. With the recent string of unjust murders by police--Laquan McDonald, Eric Garner, Sandra Bland and Tamir Rice--it is clear that PushBlack will fill a vital role in providing voice to a community ravished with injustice.

--Otis Selib contributed to this article.

Richard Fowler is the youngest syndicated progressive and/or African-American radio host in the United States. Fowler is also a Senior Fellow at the New Leaders Council.

The Only Woman Drafted By The NBA Dies At Age 66