Be warned, as this might make you want to spit out your coffee, but that hot drink you're sipping on could actually be making you colder.

And that's not the only thing making it hard to stay warm as the temperatures continue to drop around you. You're going to need all the advice you can get in order to stay toasty this winter. Although you might already know that a space heater is a great way to heat up a room, or that Canadian Goose is apparently the jacket of 2013, there are other important warming techniques you might be getting wrong, or perhaps new ones you simply had no idea existed. 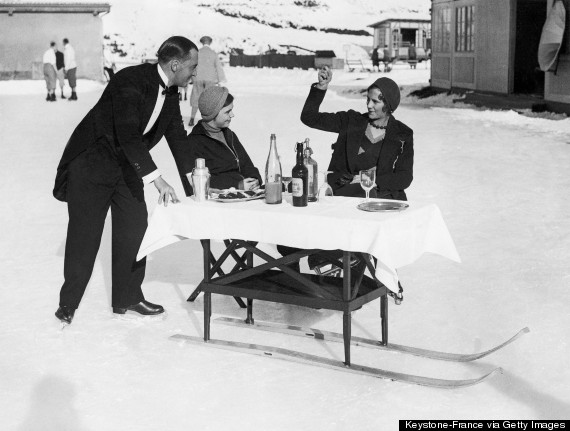 Drinking alcohol lowers your core body temperature, increases your risk for hypothermia and prevents your body from naturally shivering to keep warm. The reason why you feel warm while drinking alcohol is that your blood vessels dilate and send warm blood away from your core and towards your skin. This effect is only temporary and in the end significantly decreases your body's ability to fight the cold. 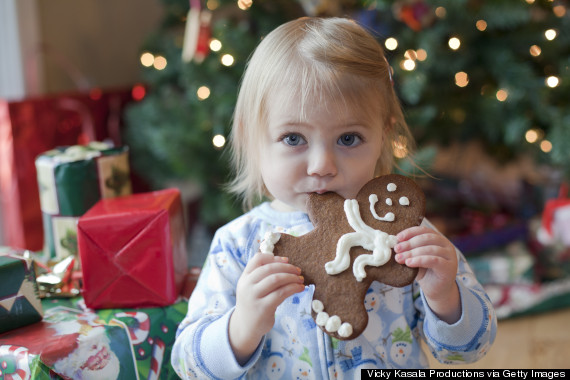 The root herb ginger is a centuries-old medicinal supplement used to soothe colds, motion sickness and other stomach problems. And according to lore, it also "gets the blood flowing" and softens cold hearts, metaphorically, at least. One study conducted on rats showed that ginger, even as an ingredient in food, has the ability to raise body temperatures. There's a reason we tend to associate gingerbread with the cold of wintertime -- people traditionally believed the herb to stimulate the body and increase blood circulation. Now how much ginger are you going to put in that cookie?

On top of the possibility that ingesting ginger can raise your temperature, evidence suggests other foods can help you warm up too. Hot peppers cause sweating, and brown rice and other complex carbs make you warmer because they're harder to digest. 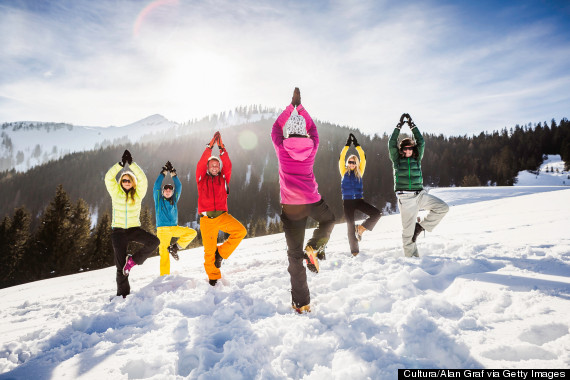 Tibetan monks practicing a rare form of meditation known as g-tummo, said to control "inner energy," can raise their core temperature at will. Researchers at the National University of Singapore found that even Westerners taught to practice a basic form of g-tummo in the form of two breathing techniques could successfully warm themselves up. One technique required the participant to concentrate on envisioning flames at the base of the spine, and the other involved "vase breath," a breathing method that produces heat. A Dutch man used similar techniques to climb Mount Kilimanjaro in 2009 wearing only shorts and sandals. (Note: We do not recommend this). Believe in yourself. You are warm. 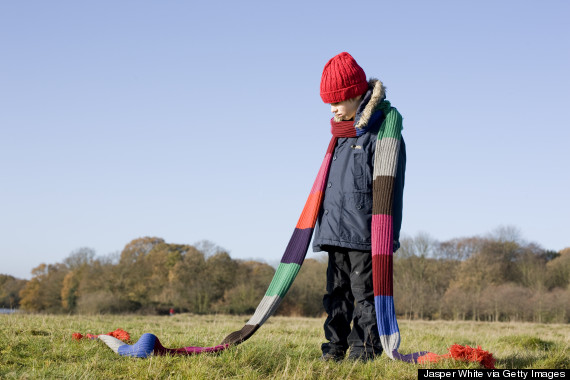 It's no fun to be ignored, as anyone who's attended middle school can attest, but a pair of researchers at the University of Toronto say that lack of social contact can lead to physical consequences. In other words, giving someone the "cold shoulder" can actually make them feel colder.

In one study, participants were split into two groups, asked either to recall a situation in which they felt included or excluded. When later asked to estimate the room temperature, participants who had described social exclusion gave lower estimates. In another study, participants who were made to feel excluded in a virtual ball-tossing game expressed a stronger desire for warm food and drink afterward. So the next time your house seems drafty, call up a friend or family member. 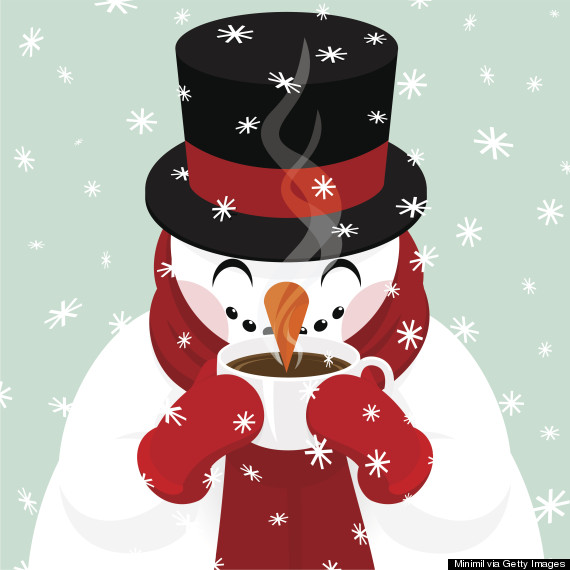 When having a hot drink, nerve receptors in your tongue (specifically the TRPV1 Receptor) signal to the rest of your body that something "hot" is coming and you need to start sweating. Neuroscientist Peter McNaughton of the University of Cambridge told NPR that, "The hot drink somehow has an effect on your systemic cooling mechanisms, which exceeds its actual effect in terms of heating your body." For the sweat to really cool you off, it needs to evaporate -- if it just dampens your clothes or drips off, it won't do you any favors.

On the opposite end, apparently consuming too much of a cold drink can actually warm you up as it causes your blood vessels to tighten. 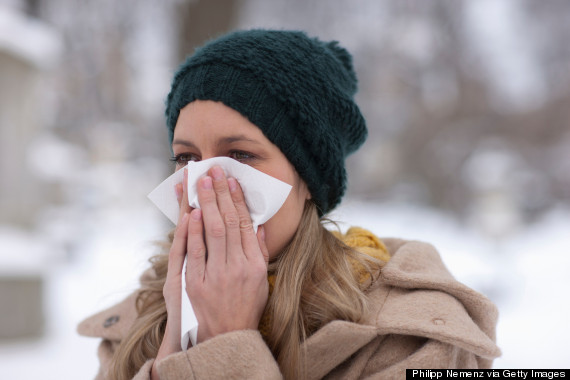 Exposure to lower temperatures doesn't give you a cold by itself. According to the U.S. Department of Health and Human Services there is, "no experimental evidence that exposure to cold temperatures increases the chances that you will get a cold." Instead, the rise in sickness and colds in the winter months is typically linked to people spending more time indoors, which allows germs to transfer between people more easily. This said, there's a possibility many of us already have traces of the common cold dormant in our systems during the winter months, and therefore that exposure to cold temperatures weakens our immune systems enough for the viruses to take hold of our bodies. So you might as well still put on that jacket, but you probably don't have to fret about "catching cold" as much as your grandma led you to believe. 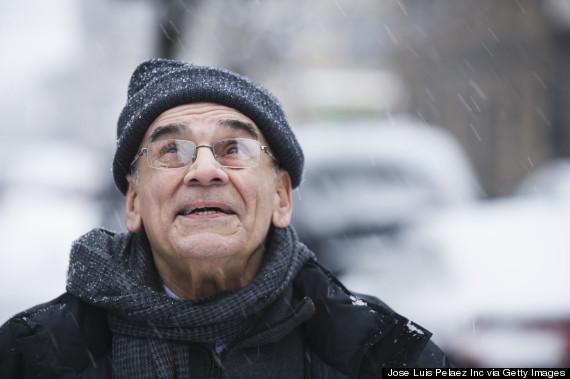 This myth actually stems from research done on military arctic weather clothing that didn't cover the soldiers' heads, so naturally the most heat escaped from the uncovered area. In reality, you lose about 7 to 10 percent of your body heat from your head, which is about the same amount of surface area your head accounts for. 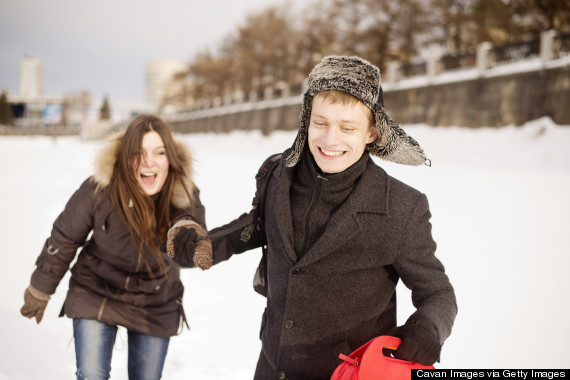 A 1998 study found that while men's and women's core temperatures didn't vary by much, just 0.4 degrees Fahrenheit, women's hands were much colder than men's, suggesting they experience body heat differently. Turns out that men tend to have more muscle mass than women, who typically have a higher fat ratio. Muscle is good at producing heat and fat is good for storing it, giving the advantage to men, who tend to have more muscle mass and lower body fat percentages. 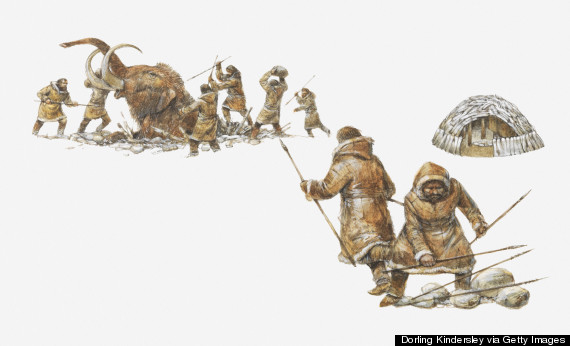 Having ancestors who lived in northern climates predisposes many people to better handle the cold. California geneticists led by Dr. Douglas C. Wallace of the University of California, Irvine, found that these genetic mutations are still found in many Northern Europeans, East Asians and Native Americans who stem from Siberian origins, but is absent in people whose ancestry remained longer in Africa. The research concluded that this distinction might also be the cause for a, "greater burden of certain diseases in the African-American population." 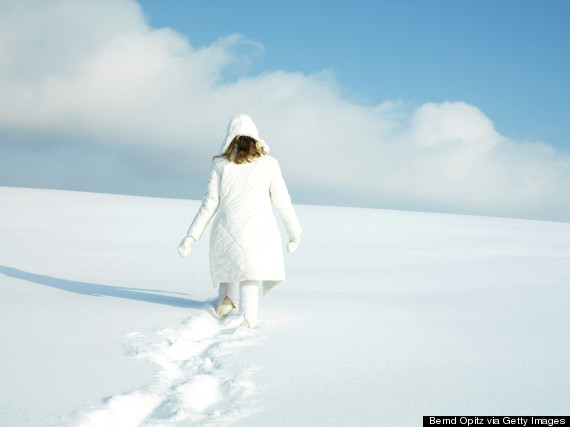 Black clothing absorbs heat from the sun and white clothing reflects it, but the common wisdom that white should be worn in summer and darker clothes in winter might need to be rethought. White's function as a reflector also appears to apply to body heat, meaning that wearing it may trap your natural heat close to your body in looser fitting clothes, like a jacket. Dark clothing, meanwhile, may be less likely to trap your body heat in, especially when it is loose fitting and there is wind to help convect it away. This theory is based on studies of bird plumage by Blair O. Wolf and Glenn E. Walsberg, published in Oxford Journals, but unfortunately nobody has actually proven that these findings work for clothes. A largely forgotten article in The New York Times from 1910 followed a study on this theory that ended up inconclusive -- but maybe you can be the one to finally test it out this winter. 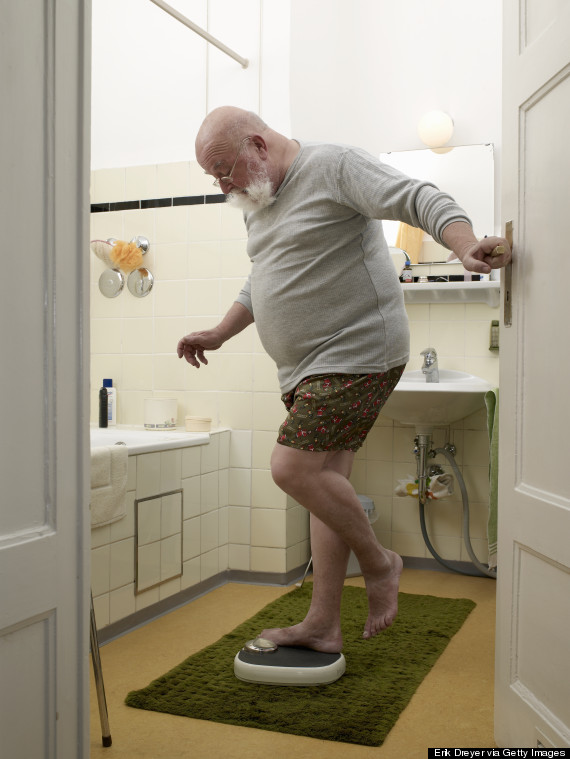 Tried all this and still shivering? Hey, at least you're losing weight! In cold temperatures the body works harder to warm itself up, not only burning more calories while working out but activating brown fat, which burns them more efficiently than white fat. Some people apparently believe that punishing themselves with icy-cold temperatures can help them lose more weight...

Healthy Ways To Warm Up This Winter