If you're not familiar with the 1937 film When You're in Love, you are not alone. These days, it's little known. It's one of those "old movies" few people have heard of, and even fewer have seen. Nevertheless, it is a charming and entertaining film deserving a wider audience.

If you like Cary Grant or have interest in the films of Frank Capra, enjoy opera or know of the once famed singer Grace Moore, or appreciate musicals or screwball comedies, then you'll want to tune in for the network premiere of the newly-restored film. When You're in Love airs Friday on getTV.

The draw for many will be the young Cary Grant, who shines in support of Moore in this not-quite screwball romantic musical. Grant's best known early films, the ones that helped make him a star - like Topper and Bringing Up Baby, were still a year off. Nevertheless, the actor's charm, witty delivery, and suave demeanor are all evident. 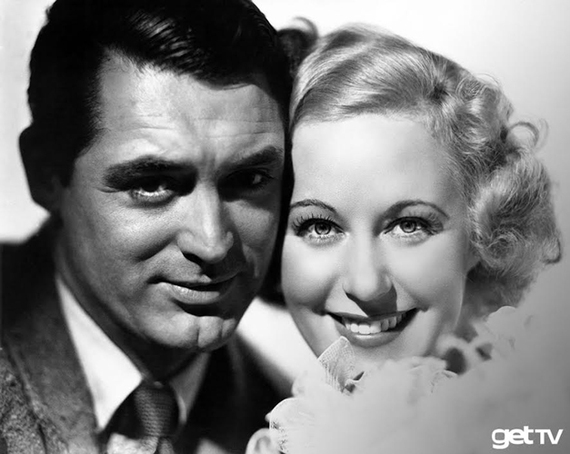 Cary Grant and Grace Moore star in the 1937 musical comedy When You're in Love.

The film has other attractions; chief among them is its star, Grace Moore. She was a major name in her day, both as operatic singer and film actress. When You're in Love is one of nine in which Moore appeared, and it was seen as a worthy successor to her earlier triumph in One Night of Love (1934), for which Moore was nominated for the Academy Award for Best Actress.

The film features a fast-moving plot which turns on high-spirits and high-notes. Grant plays Jimmy Hudson, a care-free American artist who can't leave Mexico until he can pay his hotel bill. Caught in a similar conundrum is Louise Fuller (played by Moore), a career-driven Australian opera singer deported to Mexico after her American visa expires. Desperate to re-enter the States - which she can only do married to an American, the singer's lawyer offers the impoverished artist $2,000 to marry - with the understanding the two divorce back in the States. Things get complicated when a real romance blossoms between the mismatched pair.

When You're in Love was scripted and directed by Robert Riskin, Frank Capra's Oscar-winning longtime collaborator. This was the only film Riskin would direct, and it contains plenty of delightful Capra-esque (or rather Riskin-esque) touches. Among them is a stellar supporting cast of character actors, which includes Henry Stephenson, future Oscar nominee Aline MacMahon, and future Oscar winner Thomas Mitchell, among others. 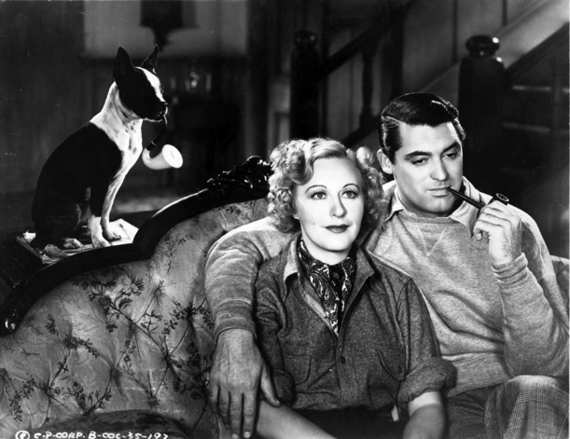 Cary Grant and Grace Moore in a scene from When You're in Love.Image courtesy of Louise Brooks Society.

When You're in Love was promoted as featuring music "From Schubert to Swing." The film's eclectic score boasts a number of breezy song-and-dance numbers, including a couple of gems written by legendary composer Jerome Kern and famed lyricist Dorothy Fields. Though an operatic soprano who regularly performed at the Met, Moore even takes on two of the popular hits of the day, "Siboney" and "Minnie the Moocher." (Grant helps out on the latter, which was lightly censored and then cut from the film when first released. It has now been restored.)

When You're in Love was a big money maker, and the film proved especially popular with audiences. It was held over in New York (where it premiered at the Roxy City Music Hall), as well as in Atlanta, Baltimore, Seattle, Detroit, Hartford, New Orleans, Trenton, Tacoma, and Springfield (Massachusetts and Illinois).

Critics also liked it. The Hollywood Reporter got it right when it stated, "With a more substantial story than the last two Grace Moore vehicles, When You're in Love is a signal triumph for the foremost diva of the screen, for Cary Grant who should soar to stardom as result of his performance in this, and for Robert Riskin, here notably handling his first directorial assignment."

If this is not enough to intrigue, note that When You're in Love also contains one of the last screen appearances by film legend Louise Brooks. The trouble is, it is hard to spot her. Brooks, then down and out and attempting yet another comeback, agreed to an uncredited bit part with the understanding she would be given the feminine lead in another Columbia film. (It never happened.)

To generate press, the studio put out the word that Brooks was willing to do anything to get back into pictures. "Louise Brooks is certainly starting her come-back from the lowest rung of the ladder," wrote the Oakland Tribune. "She is one of a hundred dancers in the ballet chorus of Grace Moore's When You're in Love." Brooks' bit is brief. She appears as a masked torch bearer in the film's finale, with Moore descending the stairs and passing within a few feet of the fallen star. 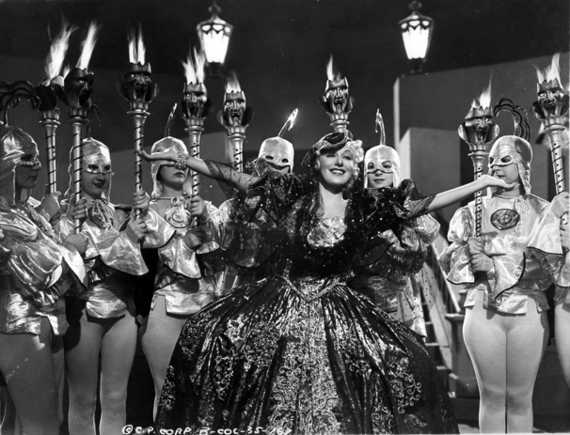 When You're in Love airs on getTV on Friday, May 6 at 8pm ET / 5pm PT, with a repeat later in the day. The film will be shown again on May 31 at 8pm ET. For a complete schedule of films and times, visit www.get.tv/schedule.

Thomas Gladysz is an arts and entertainment writer and a regular contributor to the Huffington Post. He is also the founding director of the Louise Brooks Society, an online archive and international fan club started in 1995. Recently, he contributed the audio commentary to the recently released 1929 Louise Brooks film, Diary of a Lost Girl (Kino Lorber).