Allin had given a performance at NYU, during which he shoved a banana up his ass and threw obscenities (and chairs) at the student audience.

The letter is brief, but NYU's disapproval of the notoriously reckless rocker is pretty clear. The agreement even hints at administrators' fears of a retaliation from Allin, specifically warning the singer not to show any type of "agression" towards the university or its students. 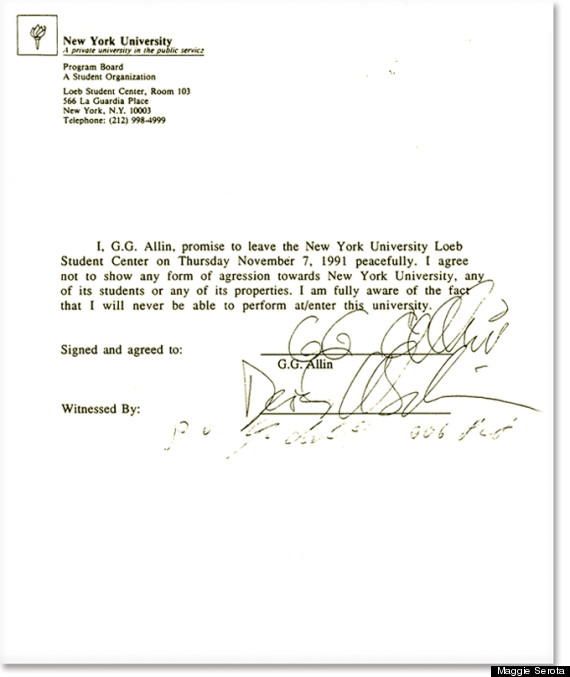 For those not familiar with Allin's antics-- and those of his band, The Murder Junkies-- you can watch the wild documentary Hated below. NYU alum Todd Phillips (Old School) follows Allin around the country in an exploration of the singer's boozing, beliefs, music, and death. It also shows the strange and unnerving relationship between Allin and infamous child-murderer John Wayne Gacy.

Allin, who had promised fans he would one day commit suicide on stage, died accidentally of a heroin overdose in 1993.