It was the little reality-TV ghost show that could in October 2004. Two plumbers, a couple gadgets, nightvision cameras and the quest to find evidence of the paranormal.

Nearly a decade and almost 200 episodes later, Ghost Hunters is still on the air and is television's longest-running unscripted paranormal series. And tonight it begins its tenth season at 9 p.m. on Syfy, with the show's first investigation of Civil War landmark, Gettysburg, PA.

Ghost Hunters premiered back when Syfy was known as the Sci-Fi Channel, and it launched a pop-culture movement of the paranormal investigative docusoap, which continues today. And though some series managed to stylistically distinguish themselves from it, many more ended up being knock-offs. 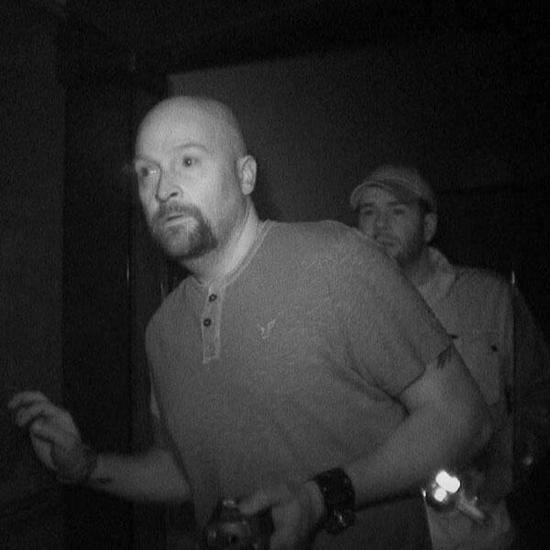 It has been spoofed by South Park and others, and criticized by skeptics, but Ghost Hunters is more or less the same show it has always been (and has always remained a fairly consistent ratings performer for its network).

Lead Investigator, and Roto Rooter plumber "by day," Jason Hawes (shown here in a photo tweeted by Syfy) continues to lead his TAPS team (The Atlantic Paranormal Society) through supposedly haunted locations. Budgets and access to locations increased. Team members came and went, and a couple spin-offs did the same. Co-founder Grant Wilson departed the show in May 2012, and there were tweaks and improved show direction the same year.

The Season Ten premiere introduces a few things -- a new investigator, Hawes' daughter Samantha, a teddy bear electromagnetic field detector, full-spectrum camera goggles. But the formula still includes history, set-up, investigation, analysis, a bit of reveal of purported evidence to paranormal-afflicted clients -- and of course, a lot of "What's that? Did you hear that?" and running around spooky-looking areas.

Even for non-fans, tonight's episode is something of a landmark. Ten seasons is a long time for any show, and Ghost Hunters has certainly landed a spot in a conversation about reality-TV alongside The Real World, Survivor, American Idol and even Cops.