We've known about the Ghost of Jupiter since 1785, when it was discovered by the German-born astronomer William Herschel (1738-1822). But a captivating new image released by the European Space Agency (ESA) shows the spooky-looking planetary nebula in a whole new light. 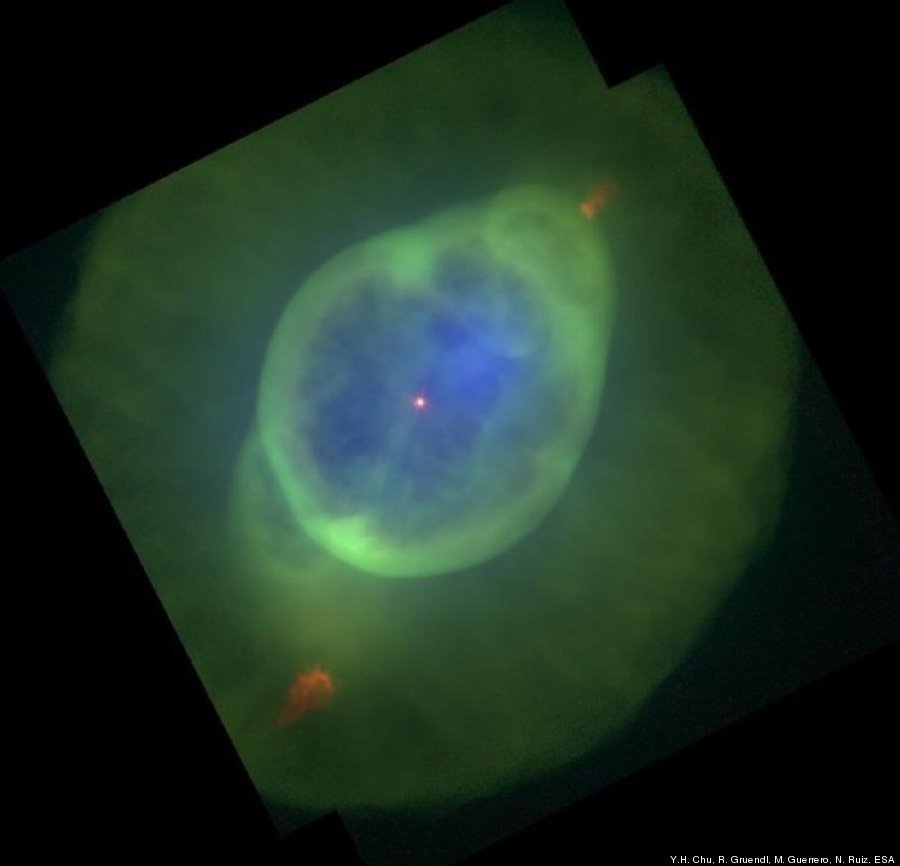 Known formally as NGC 3242, the Ghost of Jupiter is located about 3,000 light-years away in the southern constellation Hydra, according to ESA. It consists of a fading white dwarf star enveloped by a double-shell structure.

In the new image, the blue glow is evidence of super-hot, X-ray-emitting gas that's being buffeted by stellar winds gusting at 2,400 kilometers per second. The green glow marks cooler gas. Those two flame-shaped, orange features at the upper right and lower left? Those are pockets of even cooler gas.

The image is a composite of images captured by XMM-Newton, an orbiting X-ray observatory launched by ESA in 1999, and the Hubble Space Telescope.

Planetary nebulae have nothing to do with planets but were given that name by 18th Century astronomers who were confused by their roundish shapes, according to ESA. In fact, they are the puffed-up remnants of dying stars that--at 0.8 to eight times as massive as the sun--are considered relatively small.

And where did the Ghost of Jupiter get its name?

"Supposedly, it is so named because of its resemblance to the planet Jupiter," Dr. You-Hua Chu, a former professor of astronomy at the University of Illinois, Urbana-Champaign and one of the scientists behind the new image, told The Huffington Post in an email. "I confess that I do not see the resemblance."