An interesting road. Inspirational. Not easy.

Which could also describe the acting game where he has spent his life. 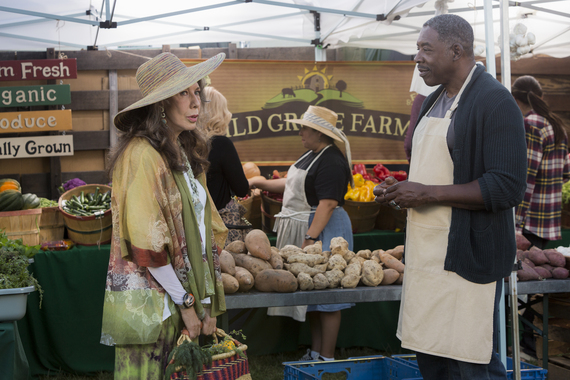 If you own a TV or go to the movies, you've seen Ernie Hudson. He was Winston Zeddemore in Ghostbusters I and II. He was Solomon in The Hand That Rocks the Cradle. He was Warden Leo Glynn in Oz and he's had roles in shows from Desperate Housewives and Secret Life of the American Teenager to Scorpion and Modern Family.

In Grace and Frankie, whose second season drops Friday on Netflix, he plays Jacob, the love interest of Tomlin's Frankie. He was introduced last season and this season things heat up.

Hudson says he was delighted to join the show - and perhaps a little surprised, because of how the audition game can work.

"A lot of the time they ask you in after they've auditioned someone they really want," he says. "You're only there as a backup. You can end up humiliating yourself for a part you can't even get."

Grace and Frankie, he got, and it comes with bonuses that include its blend of comedy and drama.

"For me, a show has to have a certain integrity," Hudson says. "It has to be honest, which with Grace and Frankie means some of the most serious scenes are also funny.

"The thing about comedy is that there's also truth there. As characters, we take ourselves seriously, but when you do that, it can also be funny. Playful, goofy. There are laughs running through the most serious lines."

The 70-year-old Hudson also likes the senior-citizen demographic of the main characters.

"There are more outlets than ever on television now," he says. "They need stories, and we're seeing shows about groups that haven't been included in the past even though they represent a huge segment of the population.

"Grace and Frankie says no, life doesn't end at a certain age." 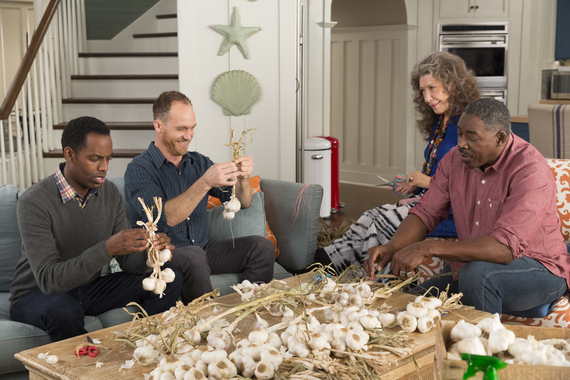 He also likes working with a cast that besides Tomlin includes Jane Fonda as Frankie's friend Grace, Sam Waterston as Tomlin's ex-husband Sol and Martin Sheen as Grace's ex-husband Robert.

"It's very exciting to work with people I've so admired over the years," he says. "Just as an actor, it's great to be in the company of people who are so seasoned.

"Sometimes with new actors, they haven't found their way yet. I've been on shows where I felt I had to slow down because I didn't want to overpower anyone. When you do that, you can lose part of your character.

"On this show, with people who have done such amazing work, that's not something I have to worry about."

Hudson's own story is pretty amazing, too.

Born in Benton Harbor, Mich., he never knew his father or his mother, who died of tuberculosis when he was two months old. He was raised by his grandmother, spent three months in the Marines and moved to Detroit, where he enrolled in Wayne State University and founded a theater company for young black actors.

He eventually graduated from Yale School of Drama, which led him to stage, film and TV acting. It's a story inspiring enough that he often gets invited to share it. .

"I do a lot of motivational speaking," he says. "It's a different kind of communication, because I'm doing it in my own voice. I'm a person, not a character.

"I talk about what goes on in Hollywood, but I also talk about growing up in the Projects, where the prospects of me getting through life without going to jail were slim. I talk about how I got from there to Yale, the lessons I learned that helped me navigate that path.

"People seem to respond. We're not getting a lot of hope these days from the places we used to get it, like religious leaders and politicians, so we're looking for it elsewhere."

Still, Hudson says acting will remain his day job "as long as I can memorize and remember lines. I can't see myself retiring."

Besides, after 40 or 50 years he's finally feeling comfortable with an actor's life.

"Most of the time in this profession, you don't have a job," he says. "You have no security. You finish a show and you don't know what you'll do next. You have to trust the universe there will be something.

"It took a long time for me to relax and enjoy the downtime between jobs. That was a hard point to get to."

What helps, he says, is that "I'm in a position where I can make a good living as an actor. If I were younger, that might not be true. There are so many outlets and productions now that pay actors almost nothing. You can be working and not make a living.

"There are also fewer places for young actors to develop. When I was in Detroit, there were theater companies. Now I think a lot of young actors just want to become big stars. They don't realize you need a foundation if you're going to have a career that lasts 40-50 years."

After Grace and Frankie, Hudson's own career will continue next season with APB, a futuristic drama on Fox. He'll also be seen this summer in the remake of Ghostbusters, the film for which he's still most recognized on the street. 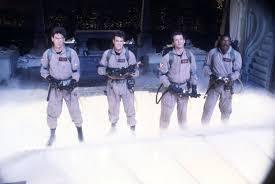 One of the few things Hudson hasn't done is a dominant lead-role character and yes, he's thought about that.

"I'd love to find that one role that defines the best of what I can do," he says. "Where the story is about your character, like for Jamie Foxx in Ray. 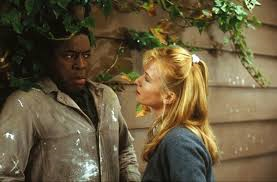 "But my priority has always been to work, and I've enjoyed playing different characters, like in Oz or Congo. Solomon in The Hand That Rocks the Cradle (above) was like a part of me - a little better than I really am.

"I don't know if one situation or the other is better. But right now, I'm happy."