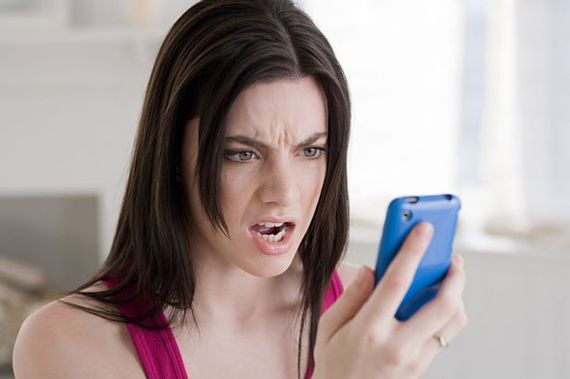 These days, you hear a lot of people complaining about the current state of dating. It's no wonder -- the rules of dating seem to be constantly changing.

Just 20 years ago, you were mostly limited to dating people in your immediate social and geographic circle. The early adopters of internet dating were ostracized for being too weird to find anyone to date in the real world.

Today, it's weird for a single person not to use technology for dating. Technology makes dating easier in some ways, but also more challenging -- the illusion of limitless choice makes it harder for people to pick one person to settle down.

Technology has also created some bad habits. Because of the lack of offline social ties with the vast majority of people you meet online, a lot of social behavior that wasn't acceptable in the past has become the norm.

Three of the biggest trends likely to be experienced (and complained about) today are ghosting, benching and zombieing. Here's how to know when they're happening to you and how to handle them.

Simply put, ghosting is when you get dumped via vanishing act. No more calls, no more texts, no responses to attempts at communications -- radio silence.

There are degrees of ghosting -- it could happen after a few dates or after a full-fledged relationship. Obviously, the longer you were seeing the person the more it hurts. But that doesn't mean it ever feels good.

Ghosting often feels like a blindside -- so much so that you might spend a few days panicked that something bad has happened to the person. That is, until they post a photo of themselves at a party on Instagram.

This behavior isn't new -- think of the cliché of mom or dad going out for cigarettes and never coming back -- that's classic ghosting.

Ghosting happens more often now because more people are dating and dating for more years than ever before. Add that to a general lack of social ties with your dates, ghosting becomes more prevalent than ever.

If you've ever been the one doing the ghosting, you understand why -- it felt easier (and maybe even kinder) than explaining why you didn't want the relationship to continue.

What to do about it

Resist the urge to keep reaching out to the person who ghosted you. You understandably feel the need for closure -- but it's important to get that closure on your own.

Continued attempts at communication won't help. For whatever reason (and you might never know the reason -- it sucks, but it's true) they weren't interested in continuing the relationship. You deserve someone who appreciates how amazing you are and wants the same kind of relationship as you. Their loss.

If you find yourself with the urge to ghost someone else, I simply remind you of the Golden Rule -- do unto others...

Benching is when you keep someone "on the bench" or on the "sidelines" or the "back burner." You're not that into them, but you're not ready to completely cut all ties, either -- they like you, and you want to keep them as an option.

Unlike ghosting, it can be tricky to know when you're being benched. After all, you're not in a committed relationship (that much should be clear), so you might not be able to tell if someone is "taking it slow" or benching you.

The best case scenario is the person likes you, but for whatever reason (more seriously involved with someone else, has commitment issues) wants to keep you at arm's length. Worst case scenario is they're using you -- for an ego boost,
a convenient hookup, or some other benefit they feel you provide.

What to do about it

Your best course of action in this situation depends on what you want. If you are happy with having an occasional, casual relationship with this person and they're also on your bench, stick with it as long as it works for you.

However, if you are hoping that this person will finally come to their senses and want to enter into a committed relationship with you, you have to find the strength to walk away. Hold out for the person who sees you for the A-team player that you are.

Here's the first documented definition I could find: "To be zombied is to have someone you care about disappear from your life altogether only to have them bring a relationship back from the dead with an out-of-the-blue text or interaction on social media."

I would add to that it doesn't have to be a text or social media contact -- that's the easiest way to dip a toe in the water, but some people go full-blown -- a phone call, an old-school letter, or showing up in person somewhere you know they'll be. The point is -- a person from your past rises from the metaphorical dead and wants back in your life.

There's no one explanation for zombieing. The zombie might want a hookup and they think you'd be game (my best friend calls this "reheating old soup"). It could be the person toying with your emotions, or it could be them genuinely missing you and wanting you back.

People do change, though change happens in unpredictable ways. I know I've blown a few relationships that I later regretted messing up. If that regret becomes too much to live with, I don't begrudge anyone trying to rekindle an old flame.

This all depends on the quality of the contact and the initial relationship. Random "hi" text messages or a stray like on Instagram out-of-the-blue feel lame because they are -- they don't honor the emotional toll the former relationship or the zombie's initial disappearance took on you.

Ask yourself -- was this relationship one that I would want to re-live? If it was dysfunctional the first time around, chances are it will be again.

It's the cowardly way out, and the "zombie" owes it to you to be brave.

If someone bravely reaches out to you with an explanation of their absence and expresses a desire to see or speak to you, that's a different story. If you are available and intrigued, see where it could lead. Timing is everything and it could be that the time to rekindle is now.

Francesca is a love and lifestyle coach for singles. You can catch her as a regular expert guest on NBC's The Today Show, and on The Hoda Show on SiriusXM's Today Show Radio channel. Get more dating advice, and even book a free session at francescahogi.com!