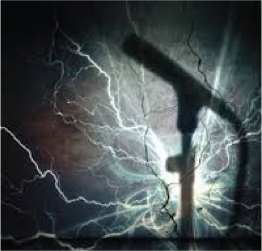 Part I: The Machine(s)

Jazz and classical musicians have long had a troubled relationship with pop music. (By "pop music," I mean all styles outside of classical and jazz--country, rock, hip-hop, rap, etc.--any style that enjoys a double-digit market share is properly called "popular", as opposed to the dismal 4-6% (combined) that is shared by jazz and classical music). 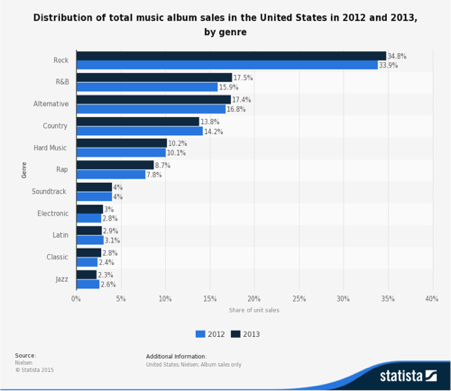 Admittedly, most of pop is not very sophisticated, utilizing a narrow set of harmonic, melodic, and rhythmic devices. To demonstrate this to my students, I regularly use the popular Youtube video entitled "Four Chord Songs" by the Australian musical comedy group, "The Axis of Awesome."

When students see this video, there is always a palpable sense of betrayal in the room, as if they've somehow been "fooled" into believing they were listening to unique artistic statements, when in fact, they are all just "variations on a pop theme." I am certainly not the first to point this out--the german emigre Theodor Adorno was famous for his critique of pop music, which at the time (1920-1940) was early jazz (of the dixieland and swing variety). This is what professional musicians hear when listening to pop music, and explains why many are simply unsatisfied or bored by pop music.

It is this critique, based on pop music's lack of musical sophistication and habitual recycling of these simple, elementary chord progressions (which are, basically, the cadential chord progressions codified by J.S. Bach with the blues sprinkled in as a spice), that raises the ire of many classical and jazz musicians. Jazz and classical music, in contrast, both utilize an extremely broad and sophisticated array of harmonic, melodic, and rhythmic elements in the creation of a discursive music that functions as a language unto itself. To compare these genres and try to assess "worth" is fruitless--they do not, for the most part, perform the same functions, which is why the materials used in each are so different. Classical music and jazz are meant to be listened to as one would watch a film: there are characters, a storyline, the characters develop and interact, conflicts arise and are generally resolved, and so on. Most pop music does not involve itself in this type of musical discourse, but instead focuses on the development of a mood or attitude that is usually explicitly stated in the lyrics, with the music providing appropriate accompanying support, which it does with powerful and often aggressive rhythmic gestures.

I would suggest that pop music is primarily a delivery device for an attitude or posture (most often rebellious or oppositional) that the listener wishes to develop or project. In this task, pop music succeeds marvelously, which is why I think it is so popular. In order to accomplish this goal, however, it must not venture too far into the musical territory occupied by jazz and classical music. If it does, the more sophisticated musical elements take center stage and demand attention, pulling the listener out of the reverie of self-actualization and into the world of musical discourse, detracting from pop music's purpose. Pop music glorifies and valorizes the listener and provides the soundtrack for self-empowerment; as such, the real "star" of the show is not the music or the band at all, it's the audience, and the music simply can't be allowed to "steal the show." Imagine, if you will, a three-voice fugue appearing in the chorus of Pink's "Get the Party Started" or a sax solo by John Coltrane in Cyndi Lauper's "Girls Just Want to Have Fun"--of course, we would say that "it doesn't fit the style" which is correct. But why not? It doesn't fit the style because the purpose of the style is not to create music for its own sake, the style's purpose is to project an attitude and the addition of a fugue or canon would diminishes the music's ability to do that.

In short, pop music is not about "music" at all, at least not in the sense that Beethoven or Duke Ellington is. If you doubt this statement, read three reviews: a pop recording/concert from Rolling Stone, a classical recording/concert from the New York Times, and a jazz recording/concert from Downbeat. You'll see that the pop reviews will be almost entirely focused on non-musical elements--the band's look, the singer's relationship issues, the political "message", the group's "new direction," the dance choreography or the light show at the live concert, and perhaps (depending on genre) some comments about the guitar player "shredding," none of which have anything to do with music per se. They are focused on the personalities and the attitudes and postures that are being projected and promoted. In the other reviews, you'll find a focus on the skills of the performers, the compositions performed, the interpretation of the works performed, and so on. (None of this should be construed as a denigration of pop music--as readers of my blog know, I enjoy and listen to a great deal of music in the pop idiom, I just don't expect it to give me what I get from classical music and jazz, nor do I expect classical music and jazz to give me what I get from pop music.) This was examined in a recent article by the renowned musicologist, Ted Gioia, whose analysis exemplifies what I would call the "technocratic" view of music, shared by many professional musicians. By the term "technocratic" I mean the idea that the technical elements of performance or composition should be primary as a means of assessing the music's worth. Gioia's position begins with the premise that a technocratic view of music is shared by all, and this premise is false. Pop music is not technocratic; for the most part, it is a vehicle, not a destination.

The pop music that is more sophisticated from a technocratic viewpoint is, however, in the minority, with most being simple, repetitive, and derivative. Again, this is not a denigration of the style, simply an observation and there is plenty of recycling in both jazz and classical music. For example, probably 50% or more of the music from the swing era is based on the 12-bar blues chord progression-does that negate its worth?  Or, as another example, the chords in the 8 measures that make up the verse of Duke Ellington's iconic piece "Take The A-Train" (from the 1930s) are the same chords (except for one chord with a common bass note substitution) as the 8 measure verse of Antonio Carlos Jobim's crossover hit "The Girl From Ipanema" (from 30 years later in the 1960s). Who cares? They are both great tunes that enjoyed mass popularity and indeed, helped to define the eras in which they were written. The technocrats are not troubled by this; for some reason, jazz and classical get a pass.

As pop moves towards greater sophistication, it simultaneously veers from its function as a tool for personal projection and becomes more discursive. As an example from a group quite famous for their musical evolution, let's look at a few songs by The Beatles. First, listen to one of their early hits, "Twist and Shout" which they performed on the Ed Sullivan Show in 1964.

This is a pop tune that literally uses just three chords, so it would be generous to say that it is simple and unsophisticated. Yet, it is still popular at weddings and parties, where it works like many pop tunes--as a magnet drawing people to the dance floor.  It projects a singular attitude or message: "Lose your inhibitions, there are no rules to dancing, just twist, shout, shake, gyrate, do whatever you want, and I'd like it if you did all of that in closer proximity to me." The message is clearly celebratory and slightly suggestive; it is also egalitarian (no dancing lessons needed) and mildly promotes physical/sexual liberation, so there is a somewhat subversive or rebellious element (at least by 1960s standards) lurking as well. Listeners hear the infectious and sultry rhythms, and their bodies naturally begin to mimic the gestures implied by those rhythms. In doing so, the listeners have had their moods altered, ever so slightly. They are more prone to act as prompted, be more extroverted, lose their inhibitions, and take part in the communal seizure taking place on the modern dance floor. Music cannot change a person's behavior directly, but it can and does function to predispose or make possible a certain behavior by advancing it in the gestures and attitudes inherent in the lyrics, harmony, and most importantly for pop music, in the rhythms. As human beings, we naturally mimic those gestures when we hear them, and it is this mimetic quality that has troubled so many philosophers, governments, and religions through the centuries. This seemingly innocuous art form was, and still is by some, seen as a potentially corrupting influence that could undermine the social order, and of course, diminish the power of the state or religion over the individual and society. (As I have often quipped, we are fortunate that both music and coffee were discovered prior to the modern era; both are addictive and both are psychoactive. If introduced today, they would both quickly be classified as Controlled Substances and highly regulated by the government.)

As The Beatles matured, their music became more complex and sophisticated in terms of harmony, melody, and texture (most notably the creative and seamless use of the orchestra within the pop music setting). The music from their later recordings is still pop music. It utilizes familiar song forms for the most part, so listeners familiar with the structure of pop music have no trouble recognizing the familiar architecture. And it is also still popular, but not in the way that "Twist and Shout" is--no one is twisting and shouting to "A Day in the Life" or "Get Back" after the bridal dance or at the New Year's Eve party.

It is still pop music, but it is more discursive, more sophisticated, more poetic, and as such, it no longer "works" to assist in attitude projection; it truly is contemplative music that is meant to be listened to as such. In these examples, we see the music of The Beatles evolving from being a vehicle to being a destination, where it is no longer a means, it is an end.

Pop music is folk music in the broadest definition of the term, and it stems directly from the same source as jazz--both came from the mixture of the blues/gospel traditions of the African-American slave communities in the deep south, with the European classical tradition (particularly the songs and piano music of the 19C Romantic Era composers like Schubert, Schumann, Chopin, and Beethoven). Jazz and pop, however, share more than a common heritage; jazz musicians have played an important role in the history and development of some of the most successful pop music of all time, one that has not been properly acknowledged (which will be the topic of the next installment of this series).