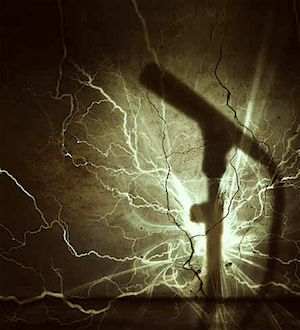 Jazz and popular music also approach composition in a similar manner which is very different from classical music. In most of classical music, the composition is written or conceived by one person, the composer. The collaborative element takes place as the musicians, the singers, and the conductor recreate and reinterpret the piece of music. In jazz, the collaborative element is at the forefront all of the time. The piece of music is usually little more than an outline with an initial melody and harmonic structure that is then collaboratively revised and re-envisioned by the ensemble at each performance. The resulting music is thus completely dependent on what each individual in the ensemble contributes, allowing for an incredible amount of personal expression and freedom that indeed largely defines the genre. In jazz, this is perhaps best exemplified by the many groups assembled by Miles Davis, each of which made it possible for him to establish and define new styles within a very crowded genre. In pop music, something similar takes place, where the producer and the session musicians contribute to the recordings that often makes the end product almost unrecognizable from the initial drafts of songs brought to the studio initially by the artist and groups.

Professional musicians who have worked as session musicians are very familiar with this aspect of pop music composition. An example from one of my first experiences as a session musician might be illustrative: In the mid-1980s, I was asked to play on a recording for a budding pop musician in the Windsor/Detroit area. I was working with a good friend and outstanding jazz pianist Brian Sharron, and we were given a demo of the tune to work on. The demo was sparse, just acoustic guitar with vocals, and there was very little going on--no drums, no bass, no background figures, nothing but acoustic guitar and voice. In terms of form, it was the standard pop song form (verse and chorus repeated a few times), and the harmony consisted of three or four elementary chords, repeated without variation. In short, it was bloody awful, but we were paid to "play keyboards" on it, which we did. However, it became clear that we were expected to do much more. By the end of the two day session, we had added about a dozen tracks of live and sequenced synthesizer parts, including drums and bass which we wrote together. We also added many new chords to the verse and the chorus, and we added a bridge (with a surprising change of key, as I remember). And all of it was done while paying close attention to the lyrics, with the intention of supporting the lyrics with sympathetic musical gestures whenever appropriate. When we added these new parts (a new chord, bass line, synth arpeggio, drum pattern, etc.), the nominal composer would chime in enthusiastically with "yes, that's what I was hearing." After about 12 hours in the studio, the song was completely unrecognizable from the original, except for the lyrics (which were fairly generic '80s pop shtick) and the melody, although the melody changed a bit in order to accommodate the new harmonies and accompaniment figures. All of it was done by the two of us, with some input from the engineer who was, more or less, producing the recording. A few months later, we were surprised to hear the tune in rotation on MuchMusic (Canada's version of MTV). We had a good laugh when we subsequently heard the artist in an interview on MuchMusic. He was talking about how he "wrote the tune in five minutes," and was "inspired" by one of the usual motivations from the pop and jazz playbook-heartbreak, betrayal, falling in love, falling out of love, wanting to be in love, loving to be in want, etc. The tune, apparently, sprang forth in a Promethean cloudburst of creativity, as the primordial forces of the universe selected him as the vessel to bring this three-minute pop ditty to the world (aided and abetted by two jazz musicians of course).

As you can tell from my tone, I think that we were both, at the time, a little miffed when we heard the interview. In reality, it was our tune and our arrangement and we got no credit for the creative work we did, we were just paid hourly (quite handsomely) as musical mercenaries. I quickly learned, however, that this is not unusual in pop music, nor is it "evidence" that pop artists are charlatans whose work is not really their own. As mentioned before, the situation is very similar in jazz. Did Miles Davis write the piano voicings for Bill Evans or Herbie Hancock? Of course not--he hired these two pianists because they could provide his music with what it needed to progress in the direction he desired, but he probably didn't know exactly what that direction was in the same sense as classical composers like Arnold Schoenberg or Gustav Mahler knew where their music was going. There are many different personalities involved in the composition process in jazz and pop, and both genres are wise enough to embrace those personalities (to varying degrees) and to accept the unpredictability of the art being created. In jazz and pop, collaboration, whether acknowledged or not, is an essential part of the process of composition. In pop music, this takes place in the studio, where the pieces are "built" in an additive process using multi-tracking and other technologies. In jazz, it also takes place in the studio, but by the time the groups are in the studio, the process of composition has usually already taken place-it takes place in live performance, where the pieces are forged by the different personalities contributing. (This has, however, changed somewhat. As live performance opportunities have diminished since the 1960s, jazz musicians have adapted their approach, with the studio and rehearsals becoming more important to the process.) In classical music, collaboration is also certainly important, but the composition is the voice of one person who penned every note, rhythm, and dynamic; it is in the interpretation of that singular vision that others are invited to join in the process.

Pop musicians are similar to jazz musicians in their approach--they hire musicians and producers who can contribute to the compositions and provide musical expertise that the pop artist does not necessarily have. Not all pop artists work in this way, but it is my impression that those that do tend to have longer and more interesting careers than those that don't. Some pop musicians, of course, have studied classical or jazz and thus have a more robust harmonic/melodic/rhythmic vocabulary as part of their repertoire than others (Elton John comes to mind); as a result, they may not need assistance or guidance of that type. Pop production, however, is multi-faceted, and can include many other areas, like orchestration, arranging, and conducting. Elton John, for example, hired classical composer and arranger Paul Buckmaster for several of his recordings to arrange music for strings, brass, and orchestra. Buckmaster also worked with Miles Davis, David Bowie, Carly Simon, Taylor Swift, and Dwight Yoakam, just to name a few. As another example, it is difficult to imagine The Beatles without the musical input of the "fifth Beatle" (as Paul McCartney referred to him), George Martin. Martin brought his considerable classical music/music theory expertise to the group and their music became markedly more varied and sophisticated, especially in terms of the use of the orchestra (A Day In the Life) and their incorporation of classical instruments like the piccolo trumpet (Penny Lane) as their career progressed.

None of these comments are in any way meant to demean pop music or pop artists. The best pop and jazz musicians (and perhaps even classical music conductors) function as the impresarios and the visionaries who have a story to tell or a musical direction to pursue. In those pursuits, they all surround themselves with musicians who can provide them with what is needed to tell those stories more effectively and to explore new musical landscapes with sympathetic fellow travelers. I contend that jazz musicians, working in the foreground and especially in the background of popular music have provided a rich tapestry of harmonic, melodic, and rhythmic devices not regularly found in the pop music genre. In fact, some of the best pop music, pop music that stands the test of time, features jazz musicians as performers, producers, and composers. This will be the topic of the next part of this series, where we will meet some of the Ghosts in the Machine.

Special thanks to Wouter Turkenburg, whose essay on jazz as comprehensive musicianship (IASJ Newsletter, Winter 2016) prompted this series.