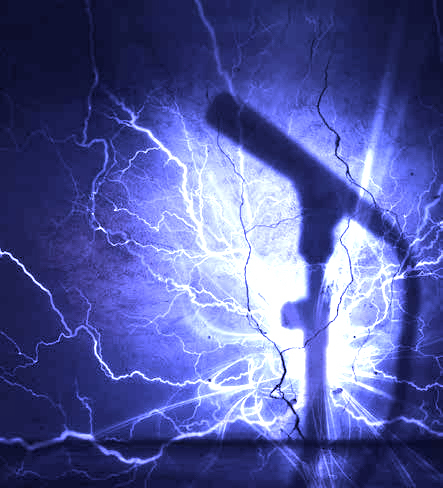 Ghosts in the Machine, Part III: The Ghosts

In a recent essay in Commentary, Terry Teachout, arts and culture critic for the Wall Street Journal, makes an argument for the date on which the jazz era officially ended and the rock/pop era began-May 9, 1964, the last time a jazz musician (Louis Armstrong, with his version of "Hello Dolly," from the musical of the same name) topped the Billboard charts. As a point of demarcation, there is a lot to support this argument. (With all due respect to Armstrong, I would still point out that there were not many jazz musicians who would have cited "Hello Dolly" as a paragon of the style--clearly, to reach the charts at that late stage required tunes that were a far cry from most of the jazz from the 40s, 50s, and 60s that defined the era's "golden age." One could also argue that the jazz era ended a decade before, and that the nostalgic appeal of Armstrong's hit tune was itself evidence of that fact.) While these discussions are interesting, it really doesn't matter much. We know for a fact that at some point, the jazz era ended and the rock/pop era began, and like most cultural upheavals, it happened organically over a period of several years, after which the outcome was obvious and incontrovertible: jazz was out, and rock/pop was in.

Teachout's date for the end of one era and the beginning of another is a good one. This was indeed the last time that a jazz musician, as the leader of an ensemble, topped the popular music charts, but it was, by far, not the last time that a jazz musician would be found at the very top of the pop music world, albeit not as the leader of a group. Jazz musicians have been working in various genres of popular music from the beginning of the 20C. In fact, all of the popular music from the last 100 years is rooted in the blues and gospel music of the slave populations in the deep south. Jazz itself grew out of those simple folks music roots, and then, in turn, popular music (which, for purposes of this discussion, I define as "anything other than classical music and jazz") grew out of those same traditions as they matured into the rhythm and blues, soul, and blues genres in the middle of the 20C. It was not, however, merely the musical elements (scales, chord progressions, rhythmic patterns, etc.) of jazz that formed the structural basis of popular music. The standard rhythm section found in virtually all popular music--bass, drums, guitar, keyboard--was firmly established by the jazz musicians of the 1930s and 1940s as the ensemble perfectly suited, in terms of sonic capabilities, for the making of popular music, and that has not changed to this day, even though the styles have changed many times since then. Even the instruments themselves were modified and changed to accommodate the new styles. For example, there was no "drum kit" before the jazz era. Every drummer who sits on a stool (called a "drum throne" for obvious reasons!) with an array of drums and cymbals around him or her is utilizing what was first developed by the pioneering jazz drummers of the 1920s-30s.

The Kings on their Thrones 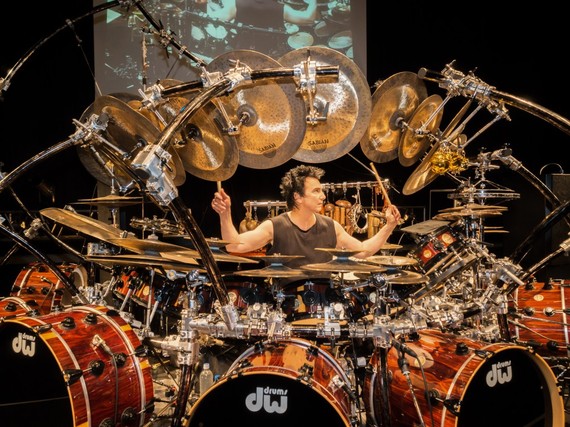 The popular music since the 1960s is thus deeply indebted to the jazz, blues, and gospel music that preceded it. Those jazz musicians, however, did not disappear after the era lost its popular appeal; as the jazz era ended, many jazz musicians were looking for ways to practice their craft in the new environment in which they found themselves. The contributions of those jazz musicians to popular music are substantial and stunning--in fact, in some of the most artistically and commercially successful popular music of all time, we find jazz musicians in the foreground and in the background, in various roles, providing their expertise as performers, composers, arrangers, and producers. What follows is a brief, chronological survey, from the 1960s to the present day, of some of those contributions made by these ghosts in the pop machine.

Jazz musicians have been featured as improvising soloists in many genres of popular music. Their improvisations often help to define the song, making it difficult to imagine without these masterful improvisatory contributions.

Jazz musicians are found throughout Bowie's career in various roles. Mike Garson, his long-time pianist and collaborator, is a jazz pianist who brought both traditional and avant garde jazz stylings to Bowie's music. On his album "Black Tie White Noise," Bowie features none other than the experimental "free jazz" trumpeter and founder of the Art Ensemble of Chicago, Lester Bowie.

It is thus interesting that for his final recording, "★" (pronounced "Blackstar"), he chose, for the first time, to use an extant group of jazz musicians, led by the outstanding saxophonist, Donny McCaslin, and also featured renowned jazz composer, Maria Schneider. It's not a jazz album by any stretch, but with these musicians collaborating and bringing their modern jazz aesthetic to Bowie's vision, it is strongly imbued with that flavor nonetheless.

Pop music, like jazz, is composition by collaboration, an environment in which jazz musicians thrive. It should then be no surprise that jazz musicians are found so often in popular music of various kinds. Jazz is no longer a music that enjoys any kind of popular appeal, but clearly the rigorous demands of the music have created musicians with a powerful musical skill set that can easily transcend the confines of genre. This enormous versatility and flexibility has allowed jazz musicians to be able to easily and substantively contribute to other styles of music, which they have done and continue to do with spectacular artistry. The implications of these facts, in particular for our education system at all levels, will be discussed in the next installment in this series.