GIANCARLO VITALI: A Traveler's Journey to Art and Artists

It was there each night, a coppery smile. A man with a joyful secret, figurative but mysterious. There was technical perfection--the lines in the face, the slight tilt of the head, and the eyes. Every night, the eyes watched me as I entered my room, mesmerizing, too excellent an etching to take for granted, but still an ornament here at my hotel, certainly relative to the lake itself. But the portrait soon sparked an adventure in the inseparable--art from place, place from artist. Who was he?

I was on Lake Como in Italy, at Varenna, where day rises like the curl of newborn breath and it was hard to know what I loved more--the view of the lake I turned to in bed like a lover each morning, or the drawing, the last object of thoughtful gaze at night.

The artist turned out to be Giancarlo Vitali, a precious fact I learned from the hotel staff. Vitali has lived his life on Lake Como, and I could have left it at that, but the portrait never let me go.

Such are journeys--we either take them or they take us and Lake Como definitely took command of this trip, leading me to Vitali's unforgettable lifetime of work, as well as that of his son, the artist Velasco Vitali, two geniuses, I believe, themselves treasures of today's Italy, their work crossing all times, subjects, media and dreams.

The father, Giancarlo, driven to paint, in his own words because "it is the only thing I could so" self-taught, a working painter since the age of 18, is now the subject of a retrospective exhibition in Lucca, running from 11 June to 3 July at the Fondazione Banca del Monte.

The son, equally driven, his father's curator for the exhibition, paints lost cities--real and imagined--turbulent ice floes, breathtaking and beautiful landscapes and also, since a dog pack began to haunt his garden, sculpts lifesize bronze hounds that have become iconic in Italy, as a way of addressing his, and our, fear of all things feral. Velasco Vitali's work is magisterial and exhibited widely, his creative ties to his father present and electric in the air even as he speaks in a nearly reverent voice and turns with gentle fingertips though a portfolio of a selection of Giancarlo's works on paper.

Giancarlo Vitali was more or less discovered by the signature critic and writer, Giovanni Testori, and, ever since, Vitali's artful force has been a source of public awe and wonder, even if the artist himself guards his time and his spirit of place, rarely leaving Lake Como, the lover lake. He has created a body of work that defies category, offering reality and virtual reality, from portraits of local friends and laborers such as the pharmacist, to sumptuous tables, to skinned rabbits and gentle soft bouquets. Giancarlo Vitali can go anywhere with his art, and he does.

And too Velasco Vitali, whose biography says his debut was also marked by the encounter with Testori and whose father told him to paint anything he saw when he was growing up. And so the boy did, exploring the lake and its environs with pencils and paint, where the water surface goes molten steel blue in an instant, where each leaf and blade of grass shows itself in a light that never lies.

Of curating his father's retrospective, Velasco writes: "...as is my family's custom, I always sit in the same place at lunch. I face the same painting on the wall: a still life on a dark background. My father assures me that it is one of his works, but it leaves me with the uncertainty of what it represents. Despite his explanations, I refuse to believe that that is a pumpkin. But perhaps I am too young to understand."

The show, organized and presented by Sara Vitali, Giancarlo's daughter who is also a prominent publisher, is called "Circo_Stanze: How things come together," and it spans Giancarlo's career, even though its power can turn on a small detail. As Velasco Vitali writes of the paintings in the second room of the show, "...starting with a violet, which, as far as I can understand, contains the entire universe. Dilating it reveals all of Vitali's paintings, his portraits appear. Sectioning it contains his entire palette. Taking it apart grants us a glimpse of the themes and the testimonies of his faces. A universe that is divided and is its own reflection."

Only coincidence led me to the Vitali's, along the pathway of those evening eyes, a single drawing, drawing me in. On such journeys, experience is the landscape to savor and remember, the attraction of being open to a mystery it becomes a pleasure to solve. 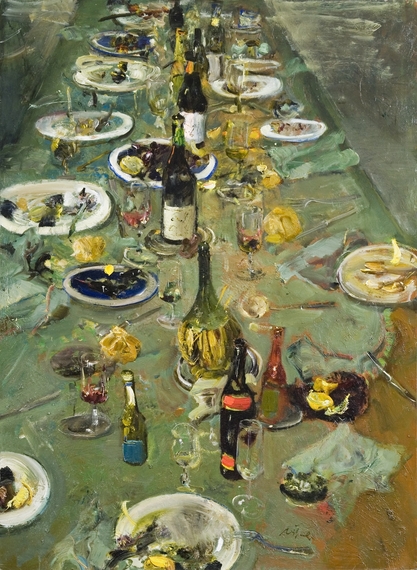 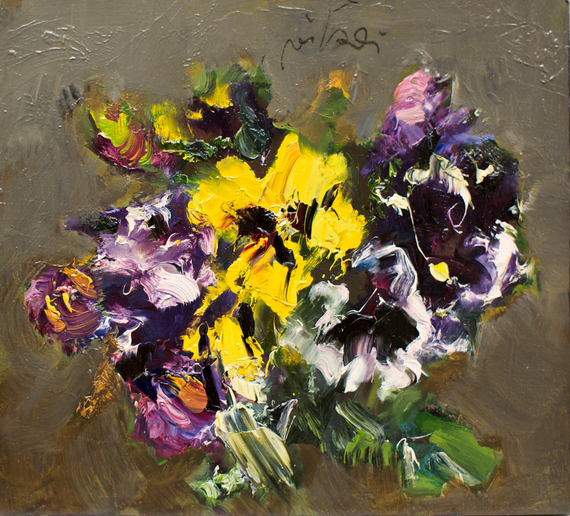 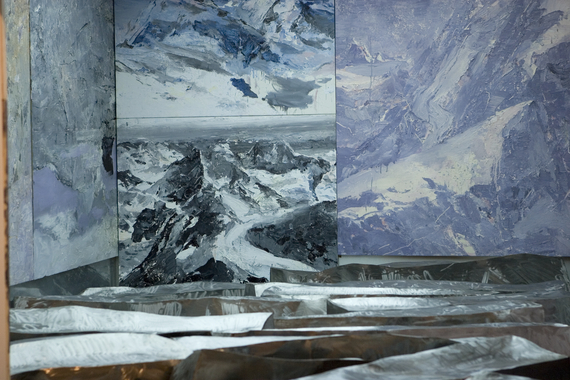 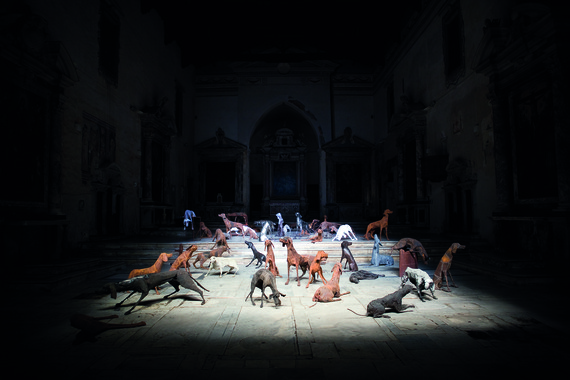