Some athletes celebrate a big victory by going to Disneyland or Walt Disney World, but not Giannis Antetokounmpo.

The Milwaukee Bucks superstar chose to celebrate the team’s NBA championship over the Phoenix Suns by going to Chick-fil-A.

On Wednesday, Antetokounmpo took the team’s NBA championship trophy, as well as his own MVP trophy, through a Chick-fil-A drive-thru in Brookfield, Wisconsin, to get some post-tournament chow.

Fittingly, he purchased a 50-nugget order to go along with the 50 points he dropped in Game 6, and documented the chicken run on social media.

Antetokounmpo admitted he hadn’t slept the night before, and referred to the trophies as his “babies.”

The Bucks seemed OK with it, based on the tweet they posted.

Giannis woke up like this: ordered 50 piece nuggets & kept the trophy overnight. 🤣🤣🤣

Fans at the Chick-fil-A quickly recognized Antetokounmpo after he placed his order. They started chanting “Bucks in 6!” around his SUV, according to Milwaukee station WISN.

Antetokounmpo even let one fan touch the NBA championship trophy.

WISN journalist Stephanie Sutton managed to corner Antetokounmpo after his trip and ask him the all-important question: Why did he choose to go to Chick-fil-A?

The basketball star put things in perspective: “I was hungry.”

The morning after winning a World Championship @Giannis_An34 picks up @ChickfilA with his #NBAFinals MVP trophy on his lap. pic.twitter.com/dSQ0Vg7Dv9

Still, Antetokounmpo didn’t lose sight of the big picture. Knowing he’d never have more leverage in Milwaukee, he made sure to ask the manager at the Chick-fil-A if he could have free food for life.

He puts the manager on the spot… wants Chick-fil-a for life! pic.twitter.com/s5XSlDG7A7 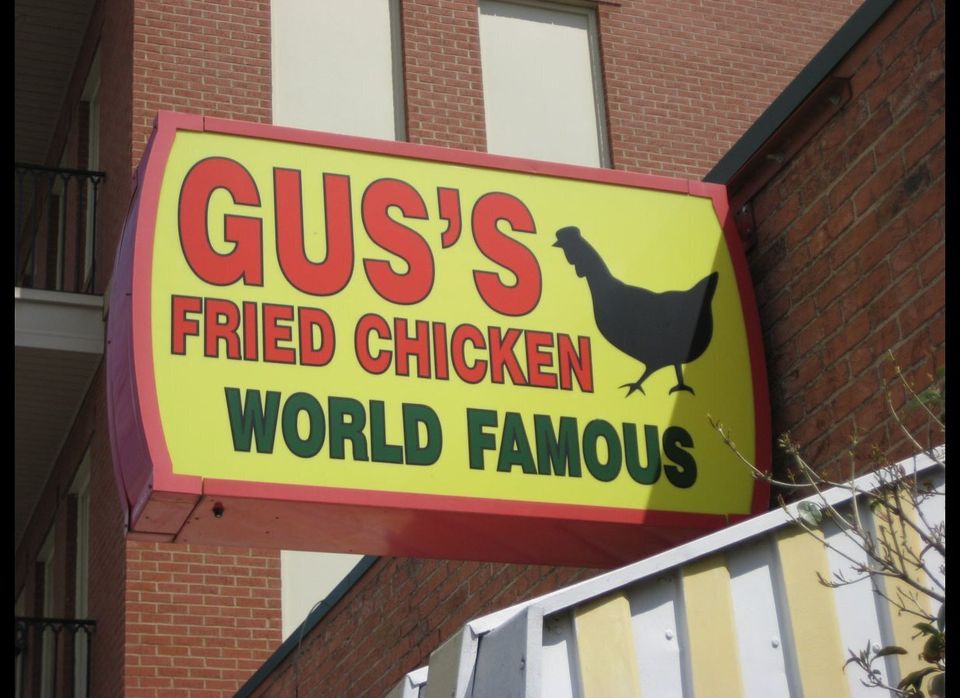 1 / 11
Gus's World Famous Fried Chicken In Memphis
<em>"The chicken is fried to order so you have to wait at least 20 minutes and it is the perfect amount of heat(spicy). They also had 4 sizes of Budweiser to choose from: 12oz, 16oz, quarts and a forty if you want a cold beer to go with the chicken</em>." - Chef Joseph Lenn (<a href="http://www.blackberryfarm.com/" target="_hplink">Blackberry Farm</a> in Maryville, TN)
Flickr:ursonate