What's bright pink, slimy and can grow to up to eight inches long? Why, Triboniophorus aff. graeffei, of course!

The brilliantly-pink variety of slug has only been spotted in one area -- the subalpine reaches of Mount Kaputar, a 5,000-foot peak that was once a volcano in northern New South Wales, Australia.

"On a good morning, you can walk around and see hundreds of them," National Parks and Wildlife Service ranger Michael Murphy told the Australian Broadcasting Company. "But only in that one area." 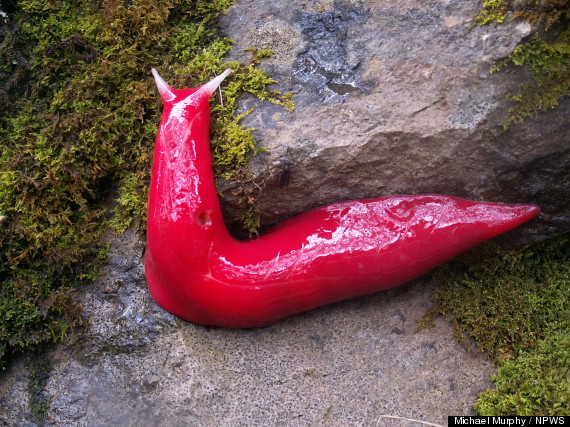 The fluorescent invertebrates spend their days hiding, according to Murphy, and then climb trees at night to forage for food. The slugs' distinctive coloring may be meant as a form of camouflage, according to the National Parks and Wildlife Service.

While locals have reported seeing the creatures for years, researchers have only recently confirmed that the slugs are unique to Mount Kaputar, explains The Sydney Morning Herald.

The slugs are "relics" of a time when Australia was joined to much of the world as part of a vast supercontinent known as Gondwana, or Gondwanaland, Murphy told the ABC.

A volcanic eruption at Mount Kaputar about 17 million years ago created a rare haven for the ancient creatures, even as most of the habitat below them dried up, according to The Herald.

In fact, the region is so environmentally sensitive that the NSW Scientific Committee is thinking about designating the area as a protected ''endangered ecological community," The Herald notes. The area is particularly susceptible to climate change and a few degrees of warming could spell disaster for the fragile mountain ecosystem.

''It's just one of those magical places,'' Murphy told The Herald. 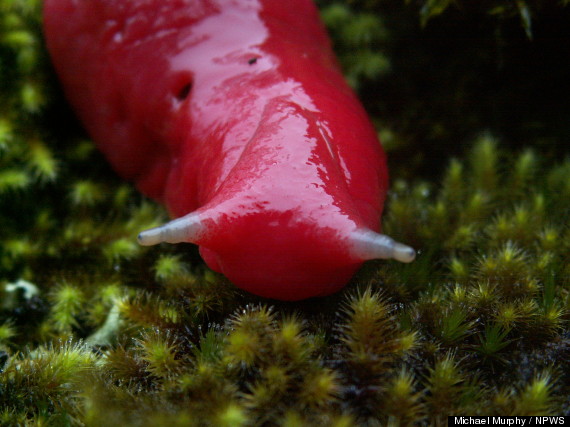 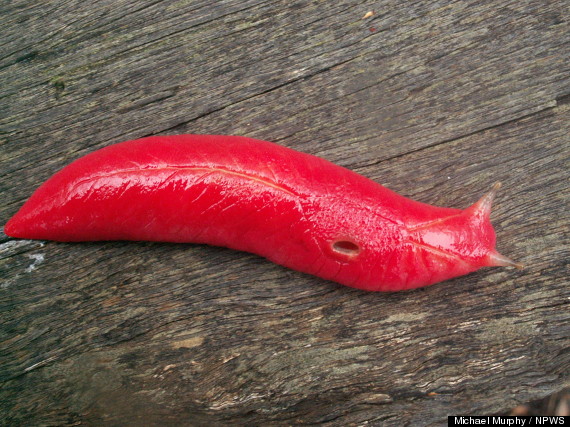