A team in Japan has captured what is being called the "first-ever" footage of a giant squid in its natural habitat.

The giant squid video was recorded nine miles east of Chichi Island in the North Pacific Ocean by scientists from Japan's National Museum of Nature and Science, in cooperation with Japanese public broadcaster NHK and the Discovery Channel.

The footage is scheduled to air in the U.S. on Sunday, Jan. 27, as part of the Discovery Channel program "Monster Squid: The Giant Is Real." The segment will feature images of the silvery, 10-foot creature swimming against the current.

According to Phys.org, the team encountered the squid after about 100 missions, during which they logged 400 hours in a cramped submarine. The huge mollusk was followed to a depth of nearly 3,000 feet.

"It was shining and so beautiful," museum researcher Tsunemi Kubodera told AFP. "I was so thrilled when I saw it first hand, but I was confident we would, because we rigorously researched the areas we might find it, based on past data."

Giant squid have been filmed before, but usually when they are already dead. Last year footage went viral of a shark taking a bite out of a 13-foot specimen off the coast of Australia.

Kubodera claimed to have filmed a live giant squid in 2006, but only after the animal had been hooked and brought aboard his boat. 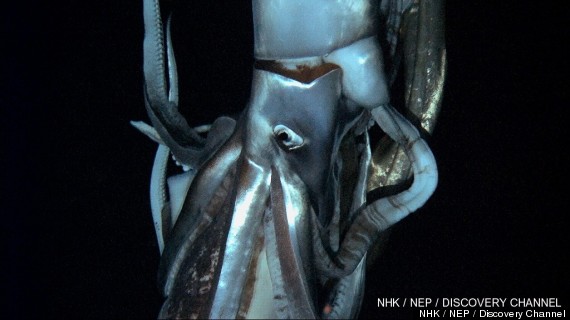 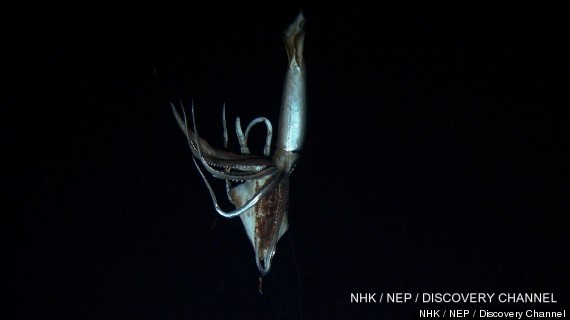