They call it the Duke, and it's reportedly one of the most famous catfish in England. About time it had it's picture taken, then.

The angler lucky enough to pose with the 115-pound wels catfish is 67-year-old Rodney Hills, who caught it earlier this month. Hill told the Bucks Free Press that it took about half an hour to reel in the massive fish and a couple of extra hands from his Catfish Conservation Group fishing party to actually get the monster out of the water and weigh it. 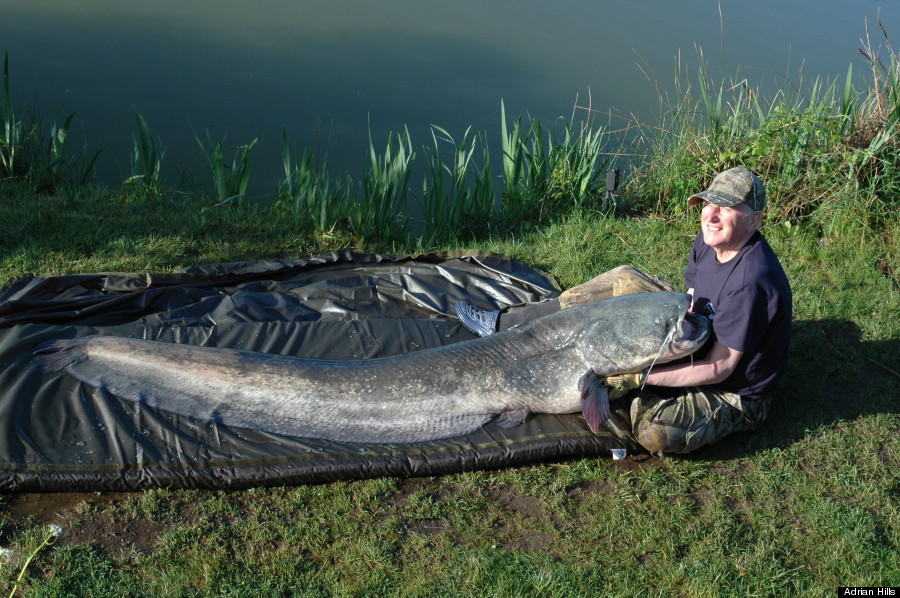 “It was quite a struggle," Hills told the newspaper. The catfish was identified as the famous Duke by a circular scar near its dorsal fin, the report notes.

Following the photo-op, Hills returned the Duke to the Norfolk lake where he'd caught it. According to GrindTV, the bait that landed the massive catfish was a chunk of smoked pork sausage.

Make no mistake about it: 115 pounds is a whole lot of fish. But wels catfish, which are found in southern England and throughout continental Europe, have been known to grow even bigger.

According to Der Spiegel, wels catfish can grow to lengths of 10 feet and weigh upwards of 300 pounds. The species' rapid expansion through German waters has excited sportsmen and puzzled researchers.

In France, wels catfish have been observed -- and filmed -- jumping out of water along shorelines to feed on pigeons. 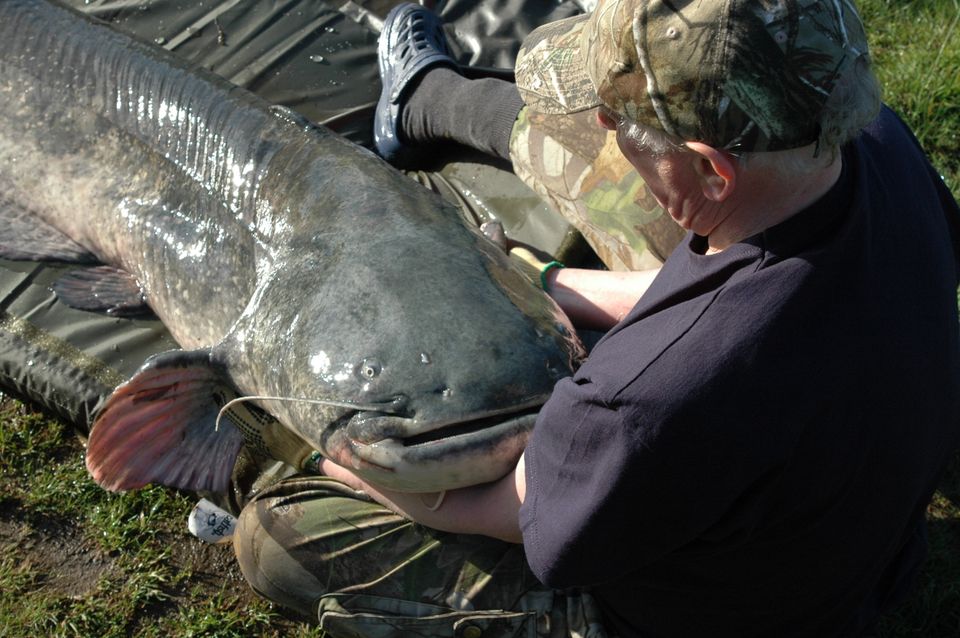