He welcomed the team to the White House on Monday to celebrate the Giants' 4-games-to-1 triumph over the Texas Rangers in last year's fall classic.

He also singled out gangly pitcher Tim Lincecum (LINZ'-ih-kuhm), whose nickname is "the Freak," and reliever Brian Wilson, famed for his foot-long beard and outlandish garb. The president said the Giants may be "a little different," but "one thing they know is how to win."

Take a look at pictures from the event below: 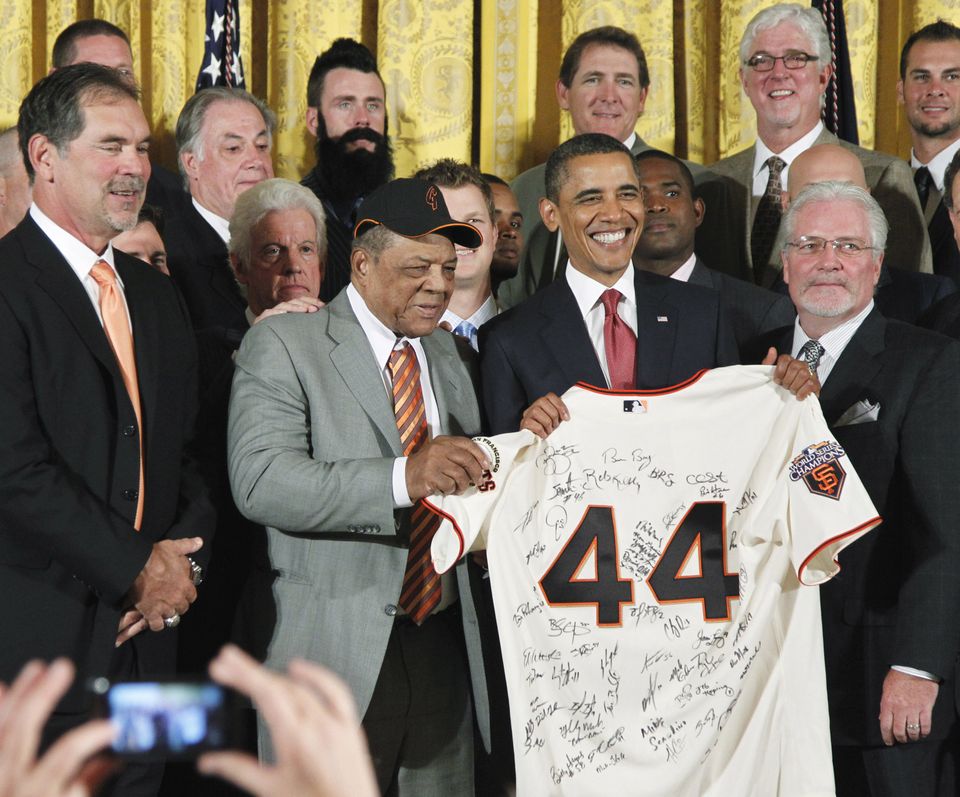