MLB Network insider Jon Heyman tweeted on Thursday that the San Francisco Giants are interested in Free Agent outfielder Dexter Fowler, who was one of the main catalysts for the Chicago Cubs in their first world championship in over a century.

Fowler would fit in perfectly with a Giants' offense that thrives on taking disciplined at-bats, drawing walks and putting the ball in play. Fowler had a career-best .393 on-base percentage in 2016, and with his ability to put the ball in play, as well as his speed, he could experience tremendous success with the huge dimensions of AT&T Park's outfield, especially with 'Triples Alley' out in right-centerfield.

Fowler, who struggled defensively early in his career, played spectacular defense with the Cubs, after he started playing deeper. The spacious outfield at AT&T Park would be a good fit for his defensive abilities. Fowler would be a good add to a Giants' outfield with Denard Span and Hunter Pence, who have displayed tremendous defense and range. Right now, the Giants plan to have Mac Williamson and Jarrett Parker compete to be the everyday left-fielder, but if the Giants are able to sign Fowler, that would likely change the situation in left field. 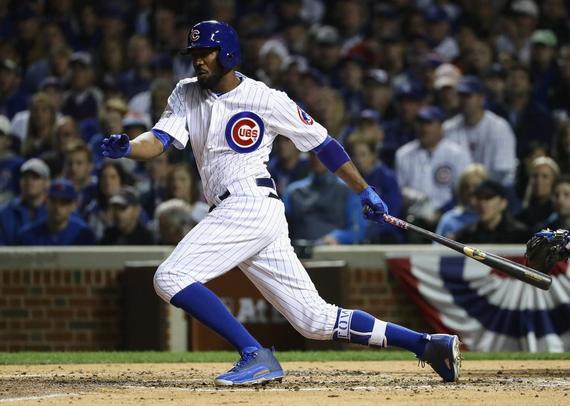 Heyman noted that the St. Louis Cardinals and the Toronto Blue Jays are also interested in the all-star centerfielder. Heyman also reported that Fowler's camp believes that he can receive a multi-year contract, worth around $18 million per year.

The Giants are looking to make some improvements heading into Winter Meetings, especially to their bullpen, which blew 30 saves during the regular season in 2016, as well as two in the postseason. The Giants have been rumored to be interested in all-star closers Kenley Jansen and Mark Melancon.

Melancon posted a sub-two earned run average in three of the last four seasons, and he converted 98 saves out of 104 opportunities over the last two seasons. Jansen has converted 189 saves for the Los Angeles Dodgers since 2010, and he has a 2.20 career earned run average. Jansen would be more likely to sign with the Giants, since many people believe the Dodgers will not re-sign him.

The Giants would also be wise to consider bringing back Javier Lopez to be their left-handed specialist out of the bullpen. While Lopez will turn 40 years old in July, his slider still has a sharp break to it, which could be helpful in crucial situations against left-handed hitters. Lopez has also been with the Giants for all three of their recent world championships, and he has been a great clubhouse presence.