I just watched an inspiring short video. It didn't cost me anything. It was on KarmaTube and is part of a movement called the gift economy. 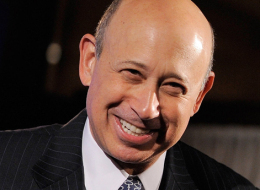 What's the gift economy? In simple terms it's about giving stuff away for free without expecting anything back. Hold on, isn't everything supposed to be monetized? Where's the revenue stream in a gift economy? In other words, "show me the money!" Or, if you work at Goldman Sachs, "Where's my multi-million-dollar bonus that I peeled from the hide of the American people?"

Now even I'm getting dizzy.

To steady my nerves I looked up a guy called Nipun Mehta, who is a leader in the gift economy movement. He has a lot of projects. There's Charity Focus, a site that brings together volunteers with worthwhile projects. It started with the idea of gifting time.

Nipun Mehta was an engineer at Sun Microsystems who quit his presumably well-paying job at the age of 25. The Wall Street Journal published this explanation from Mr. Mehta: "I loved what I was doing and the people I worked with (but) I wanted to experiment with this idea of giving without any strings attached, doing things just for the love of it."

He started building websites for nonprofits and this led to HelpOthers.org. It's a site dedicated to small acts of kindness, like people paying for stranger's meals at restaurants. Mehta is also giving away something called "Smile Cards" which give you ideas for nice things to do. You can freely download the designs and have them printed up. If you don't want to do that, he'll send you a few for free.

"We don't charge for anything, nor do we advertise anything. The project is sustained by anonymous friends who donate what they can, not as a payment for what they have received but as a pay-it-forward act for someone they don't know ... someone like you." - Nipun Mehta

He's also practiced the gift economy in a project called Karma Kitchen. There are no prices on the menu and the check reads $0.00. It works because the person who was there before you pays for your meal, and when you leave, you pay for the next person. The experiment happens on Sundays at a restaurant in Berkeley, California and in another in Washington, DC. Berkeley, I get that. They are all communists there. But DC? If these goods and services are being given without strings attached, what is everyone gaining?

Something given away can even have a higher value than something paid for. In one of his blog posts, Mr. Mehta cites research that suggests that unless the compensation for work is adequate, you might as well not pay anything. As he writes, "You get what you pay for. And if you never try paying for it, you might even get more."

Which brings me back to the video on KarmaTube. As somebody who's made a living off media for several decades, I haven't really warmed to the idea of free media. But Vimeo has become a useful tool to share work with others and build community. And some of that free stuff is pretty good. Like this: