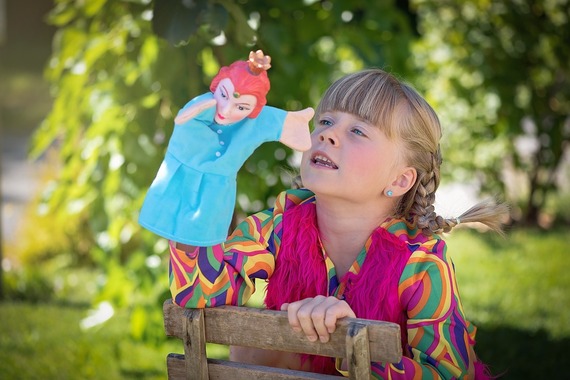 When we hear the word 'creativity', most of us immediately imagine artists, writers, and musicians... trying to create a new masterpiece, diving into an unknown world -- these creative geniuses possess some special kind of force and talent, which can be hard to grasp for mere mortals. Many, including 19th century psychiatrist Cesare Lombroso, speculated that there is a link between a creative genius and insanity. Not that it is surprising, there have been numerous examples in history when creative people have suffered from mental disorders, among them Ludwig van Beethoven, Van Gogh, Francisco Goya, Charles Darwin, Ernest Hemingway, Kurt Vonnegut, and many others.

Yet, most creative people are perfectly normal. Being creative means not following somebody's pattern of thought or behavior, but rather producing a new one, most often drastically different from the mainstream. There have been many psychological theories explaining creativity. For example, according to Sigmund Freud, creativity springs from suppressed desires; Carl Rogers viewed it as the ability to relate to others in a way that is not judgmental. Traditionally, creativity was viewed as something that only a few people had from birth, and most people didn't. Yet, recent research in this area have shown that creativity is not something inborn and static, it can be easily developed, especially in children and teens.

Creativity is closely related to giftedness and the two are often confused with each other. Both, creative and gifted people view the world from different perspectives than the rest and, in such a way, find unique and original solutions to the problems facing them. While many gifted people are very creative, it is not a common rule. The only criteria for giftedness is IQ and only people in the top 1-2% are called "gifted". Creativity, on the other hand, is totally independent of IQ and even people with average intelligence can be very creative. On the contrary, many people with top intelligence have limited creativity. Can you develop giftedness? Not really. Giftedness is an inborn quality and that's what makes gifted people so valuable for society. In many countries, all young children are routinely tested for giftedness. There are even some free gifted screening tests available online and parents can use these to evaluate whether their children are gifted.

Regardless whether the child is gifted or not, parents can develop child's creativity by following these five principles:

First, they must encourage children to ask open-ended questions and never give exact answers to them. If a child asks, for example, why there are a day and a night, instead of answering this questions parents might motivate a child to find their own answers, for example, by asking further questions like: "And what do you personally think? What happens during a day and a night? How our lives would change if there were only a day or only a night?" Such questions will help a child develop divergent thinking and imagination, and who knows, maybe he or she will be a future scientist who changes the way how we see the universe?

Second, by offering children emotional support, giving them creative freedom, and encouragement to experiment and to do things their own way. When children believe that parents recognize their point of view and value their opinion, it stimulates them to go one step further. The most important rule is to never undermine your child's efforts or views. You should try to be as attentive and supportive as possible.

Third, by providing all the necessary resources and space for creative efforts. While it's good to have a lot of ideas, it's no less important to put them into practice, otherwise, they would just remain abstract thoughts, something that leads nowhere. Children should be encouraged to experiment and, ideally, to have their own space and resources for these experiments and for trying out new ideas, however crazy these ideas seem to you. It's also a good idea to encourage children to create their own materials, if possible.

Fourth, by recognizing that the process of trying out new ideas is much more important than the result itself. You should respect child's efforts and never laugh or be sarcastic when something goes wrong. Parental criticism is the hardest blow to creativity, and the child will be anxious to try his own ways again. It's very important to teach that it's totally fine to make mistakes, and that the only people who don't make mistakes are the ones who aren't doing anything. You can tell your children stories about famous scientists and artists who've gone through a lot of failures before achieving the result they longed for.

Fifth, by generating a creative atmosphere at home. Children always look at adults and, in a way, imitate their behavior. If children grow up in a friendly and creative atmosphere, they will naturally start discovering their creative side. Playing imagination games with children, acting out various movie characters or even shooting a film together will encourage children to further pursue their creative spirit. It's good for you too, there is a child living in every adult, - it's just a matter of recognizing that child and letting it be free and creative.

Most parenting experts believe that every child is born creative. It is the combination of our educational system, our social norms, and parental disapproval that can kill this creativity. As parents and educators, we should do everything possible to help preserve and develop the creative spark in children.