How do you Christmas shop for the kid who has everything -- or enough cash to buy someone who can get them everything?

Turns out that there are lots of gift ideas to teach wealthy whippersnappers about the importance of conspicuous consumption.

For instance, a 7-foot replica of Robby the Robot from the classic 1956 sci-fi movie "Forbidden Planet" can bring the spirit of Christmas to your future captain of industry for only $32,000. At that price, it probably seems like Robby should be able to do homework or vaporize the servants, but, basically, he just turns his head and flashes a blue light.

Playhouses are fun for many children, but the lack of a cohesive architectural design in the average playhouse may be visually offensive to the tastes of a one percenter's second grader.

Luckily, there is a custom-made playhouse-sized replica of a New England lodge available at the appropriately named poshtots.com. Design your own to include central air, cable and wifi. It's a steal at only $54,000, which is enough for a down payment on many American homes.

The website also sells a backyard playground set for those with a backyard that's about half the size of Montana.

For $122,730, the kids can have a great time on the rock climbing walls, swinging rope bridge and the lookout tower. It's the perfect fort in case a class war erupts on the grounds of the estate. 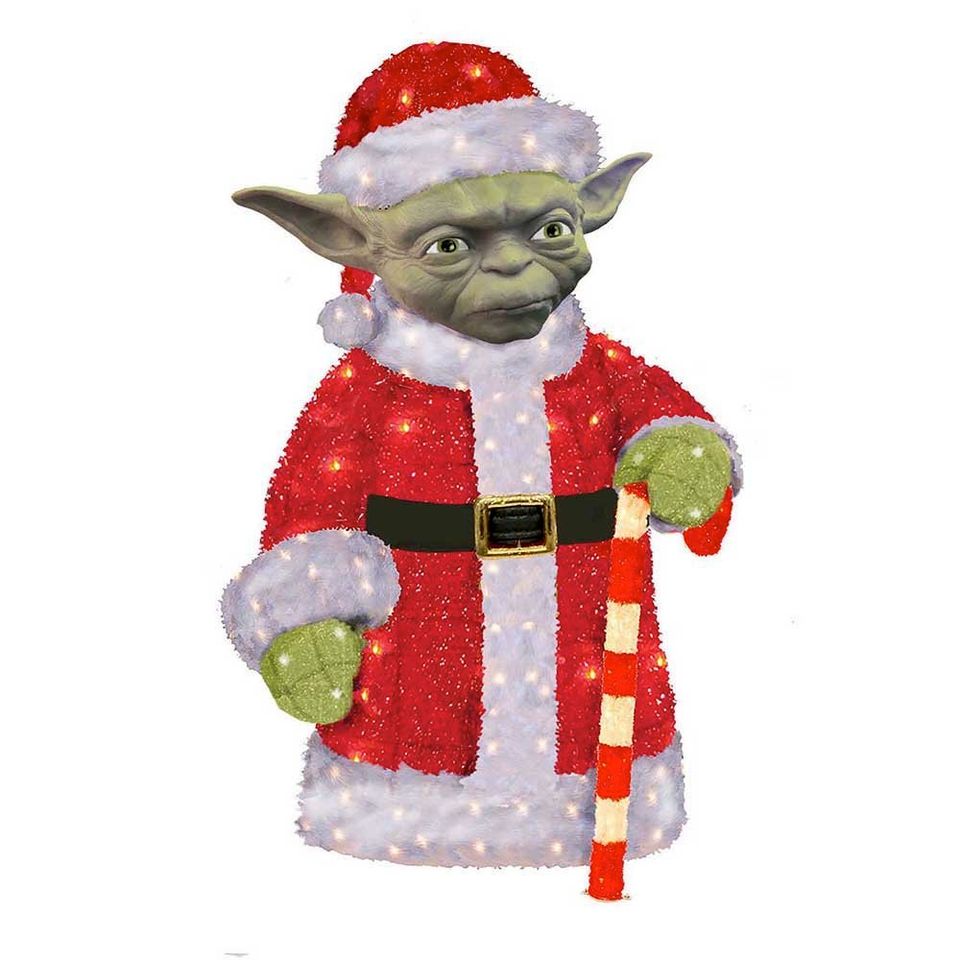 1 / 20
Santa Yoda Yard Ornament
On your yard put this <a href="http://www.wayfair.com/Kurt-Adler-Santa-Yoda-3D-Tinsel-Lawn-D%C3%A9cor-SW9143-KJC3694.html" target="_blank">Yoda ornament.</a> It's a sure way to force your interest in sci-fi on the neighbors.
Wayfair.com